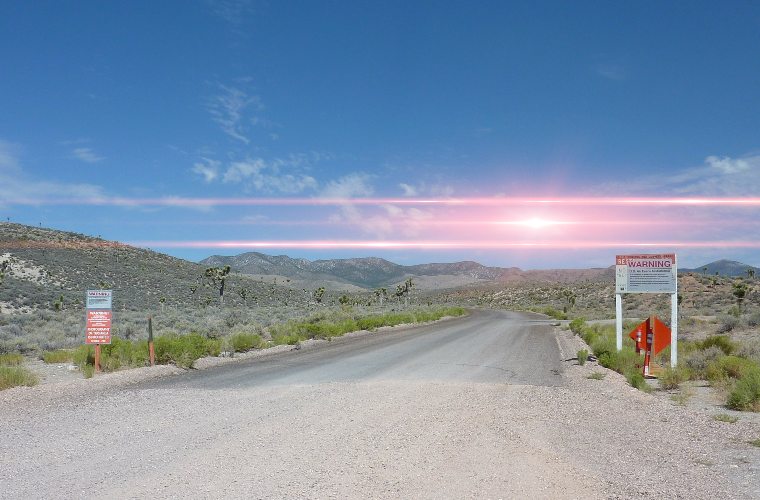 Area 51 Engineer Reveals The Secrets Behind the Mysterious Base

Since the CIA first revealed its existence in 2013, Area 51 has been host to exotic engineering projects both real and imagined.

Now, in the most recent episode of “Rebelliously Curious,” The Debrief’s Chrissy Newton sits down with Area 51 veteran engineer TD Barnes to learn about his decades working at the top-secret facility, how he and the other men who worked there still stay in touch all of these years later, and all of the top-secret things he did that he is finally able to reveal.

Barnes tells Newton he was first brought into the CIA-run Area 51 because of his expertise in cutting-edge radar systems he had used during his time with the United States Army. “Basically RADAR, I’m the electronic guy,” said Barnes. “I was the hypersonic specialist. I was tracking fast planes.”

That skill, said Barnes, along with his strong professional and personal resume, led the CIA to target him to work on the A-12. “We were developing the fastest plane that’s ever been built,” Barnes tells Newton. “And the A-12 actually flew higher and faster than the SR-71.”

“Because it remained top secret until 1991, the SR-71 set all kinds of speed records,” Barnes adds with a sardonic smile. “But from day one, we were faster and higher flying.”

Barnes explained all of the technical challenges of making a plane that flies at Mach three, and at an altitude over 60,000 feet.

“Even the windshield gets to 800 degrees,” said Barnes, noting how this extreme heat not only necessitated the use of Titanium just like the SR-71, but also forced the team to invent an entirely new set of tools and equipment just to work with the incredibly hard metal. “We had to invent the fuel we used in them, new hydraulics, everything had to be reinvented for that plane.”

“We could have gone even faster if it wasn’t for the heat,” added Barnes. “Temperature was our biggest enemy.”

Next Barnes talks about the incredible advances made in RADAR systems during his long tenure at Area 51, noting that “we got it (the radar signature) down to where a bird showed up more [prominently] than the prototype.”

In fact, added Barnes, they were so successful in minimizing the plane’s radar signature that the vehicle itself was no longer the biggest risk factor for enemy detection. “We got the prototype down to where the rim of the pilot’s glasses showed up more than the plane did. And that was before computers.”

With recent declassifications, Barnes said he is finally able to talk about his work, including the rigorous selection process he and his fellow engineers underwent, a process he says eliminated 3 out of every 4 otherwise perfectly qualified candidates. “If your wife talked too much, or she gambled too much, that was it,” said Barnes “Your family could get you disqualified.”

“My wife didn’t know where I was working until 2009,” added Barnes. “And the CIA told us there were five spies for every one of us.”

This environment of secrecy, said Barnes, led to him and his fellow engineers socializing almost exclusively with each other’s families, primarily so the wives didn’t have to lie about where they worked. “They hated that,” Barnes said.

And, he says, that group has lasted through the decades, with a ‘Veterans of Area 51 Reunion’ taking place every other year since his retirement in 2006. Known as the Roadrunners, it’s a group that Barnes says not only includes his fellow civilian contract engineers but everyone and anyone that worked together at the notorious top-secret facility, including cooks, janitors, military officers, and even CIA agents.

“We did not take notes,” said Barnes when recalling the high level of secrecy employed by the CIA. “Even if you made a doodle or a Mickey Mouse on a piece of paper, it was confiscated.”

Unfortunately, said Barnes, that situation has made it hard for historians to piece together what exactly took place at the top-secret facility, a problem faced by Barnes himself since he has worked for the CIA in that capacity since his retirement.

In another segment of the video, Newton asks Barnes about the connection between Area 51 and UFOs. “No one talked about UFOs at Area 51 until the CIA took over in 1979,” said Barnes.

Does Russia Still Have a Path to Victory in Ukraine?

However, he added, if the sunlight hit the A-12 just right it looked like a silver dollar 15 miles up, leading his team to paint it. “The weight of the paint cost us 1,500 feet of altitude,” he recalled with a smirk that seemed to indicate he is still annoyed about the altitude concession to this day.

When asked whether some of the flights of the A-12 could have accounted for reports of UFOs in the area, Barnes detailed the procedure the CIA would go through to make sure the flights of the A-12 remained confidential. This included contacting the FAA and nearby military installations, warning them that something would be flying up at 60,000 feet and that they were not to record it or talk about it.

“There’s going to be a plane flying today above 60,000 feet,” Barnes said, acting out the CIA officer calling the various installations. “Do not report it. Do not mention it.”

“They alerted everybody,” added Barnes before once again acting out the CIA man on the phone. “There’s gonna be something flying today. Shut your eyes.”

At the end of the interview, Newton asked Barnes about a number of high profile UFO community figures and incidents, including alleged Area 51 whistleblower Bob Lazar, real-world DoD whistleblower and former AATIP head Lue Elizondo, the now famed USS Nimitz ‘Tic-Tac’ incident, and whether or not we are in possession of a crashed craft made from “off-world” technology.

“This is just my opinion,” said Barnes about a possible alien craft at Area 51, “but I think we…”

To hear the rest of TD Barnes’ quote, as well as his take on Lazar, UFOs, the Tic Tac, and everything else previously mentioned, you’ll have to watch the 30-minute interview.