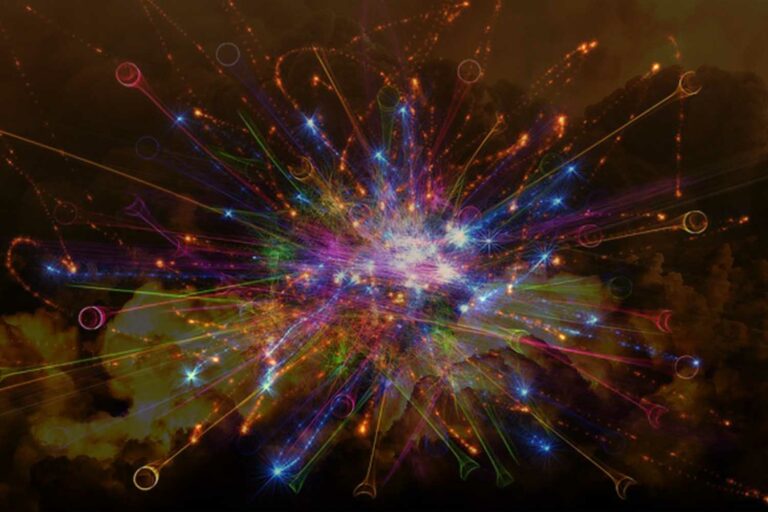 Scientists at the U.S. Army Research Laboratory, and the Center for Nanoscale Materials at Argonne National Laboratory, say they have developed a new class of plasma-treated aluminum nanoparticles that could significantly improve future explosive weapon systems.

“The ultimate goal of the effort is to extend the range and disruptive power of Army weapon systems,” Dr. Chi-Chin Wu, a material scientist with the U.S. Army Combat Capabilities Development Command and lead author of the study, said in a release.

Aluminum nanoparticles have extensive surface areas compared to their total volume and can produce extreme heat reactions. This combination allows for the minute particles of matter to yield high-energy and allow for rapid burning.

However, aluminum nanoparticles’ surface is naturally oxidized in the air, forming a thick alumina shell, typically 20% by weight. This process of natural oxidation reduces nanoparticle energy content and slows the rate of energy release by acting as a barrier to the aluminum’s reaction with an explosive.

In a separate 2018 study by Army Research Labs and Texas Tech University, scientists demonstrated that by replacing a conventional alumina shell with an oxidizing salt called AIH, or aluminum iodate hexahydrate, they could increase the detonation velocity of explosive TNT by 30%.

“We believe these results show tremendous promise for enhancing the detonation performance of conventional military explosives with aluminum nanoparticles for the first time,” said Dr. Jennifer Gottfried, a physical chemist that collaborated on the research back in 2018.

Expanding upon their previous research, Army scientists examined a new plasma approach and enhancing the reactivity of commercial 40-60 nanometer particles. By comparison, researchers are using nanoparticles that are 99.9% smaller than the average strand of human hair, which is typically 60,000 nanometers in diameter.

According to Wu, the newly explored method involves treating materials with a helium plasma to etch away a large portion of their inert oxide shell, then treating it a helium/carbon monoxide plasma to deposit a reactive surface coating on an explosive weapon.

“Plasma science is a fascinating emerging technology for many applications but has yet to be sufficiently explored in the energetics community,” said Wu.

For example, the M67 fragmentation hand grenade used by the U.S. military contains an explosive mixture of RDX and TNT, called Composition B. When detonated, steel fragments from the M67 produce an injury radius of 49 ft (15 meters) and a fatality radius of 16 ft (5 meters).

Using the newly developed nanoparticle treatment technique, an M67 grenade’s shattering capability and shockwave, known as brisance, could be potentially increased by up to 30%, based on Army Research Lab’s results in the previous 2018 study. Ultimately, this would increase the grenade’s injury radius to almost 64 feet and the fatal range to nearly 21 feet.

I Can’t Hear You: How Our Oceans are Slowly Getting Noisier

Extending the range and destructive power of weapons systems is listed as the number one priority of the Army’s modernization strategy and “Long-Range Precision Fires” (LRPF) program, launched by the Army in 2018. For the 2021 fiscal year, the Army is set to spend $1.7 billion on the LRPF program, including improving its howitzers, rocket launchers and developing ground-based hypersonic missile systems.

“The work is an example of how the laboratory is working to operationalize science to provide energetics for transformational advances,” said Wu on Army Labs’ recent development of plasma-based aluminum nanoparticle techniques.

The researcher’s findings were recently published in the Journal of Applied Physics for a special issue, Fundamentals and Applications of Atmospheric Pressure Plasmas.

Archaeologists Have Found Ancient Friendship Bracelets, Revealing the Roots of this Tradition