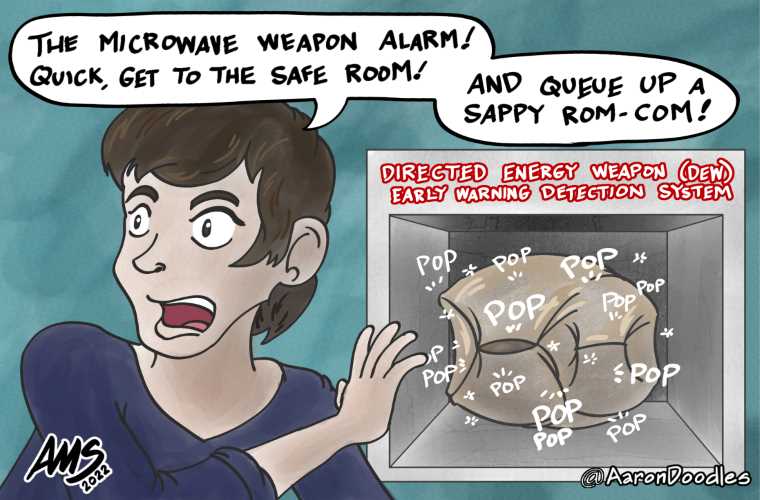 Since the first U.S. Department of State personnel working in Cuba began to experience unusual health issues, officials have tried to identify who or what is behind “Havana Syndrome.” Many theories have been proposed, but thus far, none can explain all of the cases.

In 2020, The Debrief covered a report from the National Academy of Sciences that seemed to pin the cause of some of these cases on foreign actors using microwave radiation. “The committee found a constellation of acute clinical signs and symptoms with directional and location-specific features that was distinctive,” the report stated, before noting that “not all DOS cases shared these distinctive and acute signs and symptoms.”

HAVANA SYNDROME IS OCCURRING AROUND THE WORLD

Since that 2020 report, officials have continued to report cases of Havana Syndrome.

In April of last year, The Debrief reported on a series of possible microwave energy attacks in and around the nation’s capital. According to those reports, victims of the possible attacks included White House staff and a National Security Council official. Less than three weeks later, The Debrief also covered a third possible case that occurred around the same time, prompting calls for more intensive investigation.

In June of 2021, the U.S. Senate decided to take action. According to a report by The Debrief, The legislative body passed the Helping American Victims Afflicted by Neurological Attacks (HAVANA) Act (S.1828 – HAVANA Act of 2021). “The legislation will authorize the allocation of financial support for victims of “Havana Syndrome,” a mysterious neurological disorder first reported at the United States Embassy in Havana, Cuba, in late 2016,” The Debrief explained.

Barely a month later, The Debrief reported a new rash of possible directed energy attacks, only this time they were taking place in Europe. Those incidents involved US diplomatic personnel in Germany, and diplomats in Vienna, Austria, the latter of whom were attending talks on an Iran nuclear deal.

“While U.S. officials continue to investigate the incidents and their possible underlying causes, the recent reports appear to suggest at least two factors that many of them have in common: the prevalence of symptoms among CIA employees, as well as a rise in cases occurring in Europe,” The Debrief reported at the time.

Although those cases occurred in Europe, The Debrief reported that “U.S. officials have now said that cases appear to have been logged on every continent but Antarctica.”

SO WHAT IS CAUSING HAVANNA SYNDROME?

As of April 2020, there is no consensus regarding the cause of Havana syndrome. However, a new analysis by Dr. David Relman of Stanford University found that damage inflicted by the attacks leads to one likely cause, “pulsed electromagnetic energy.”

In short, Relman reached the same conclusion as others did way back in December of 2020. In cases involving US diplomatic personnel, several ill effects were likely caused by foreign actors employing directed energy technology, either for information gathering or an overt attack.

Ultimately, someone will likely need to be caught in the act for there to be a firm resolution. But if there is any doubt about who could theoretically be using this type of tech, take a minute to read a story from The Debrief about how the Soviet Union began testing directed microwave energy for spying purposes back in the 1970s.