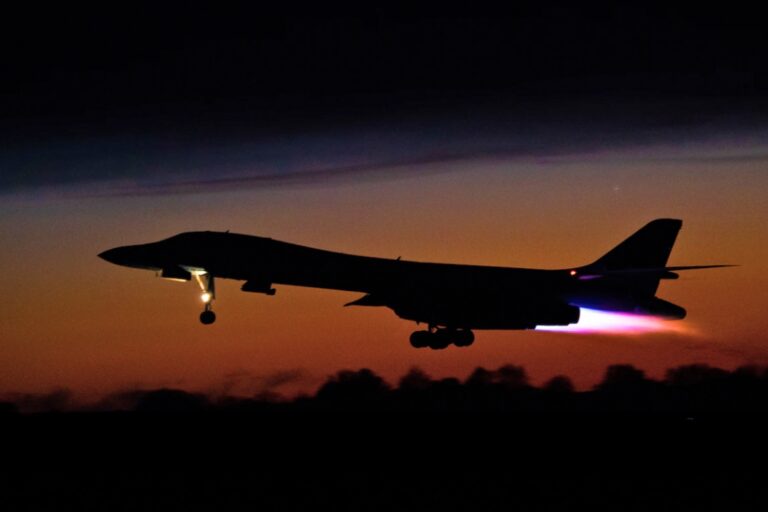 The Department of Defense has announced that its development of innovative new high-speed propulsion technologies in a joint effort with the Norwegian Ministry of Defense is expected to produce results by 2024.

According to a DoD statement, the partnership aims to produce a new advanced solid fuel ramjet prototype which may have applications in future hypersonic weaponry.

The partnership, which the Pentagon first announced less than a year ago, aims to cooperate with Norway on the production of the Tactical High-speed Offensive Ramjet for Extended Range (THOR-ER), which comprises affordable ramjet technologies capable of high speed extended range operations. Research into such propulsion applications has been led by the U.S. Navy’s Naval Air Warfare Center Weapons Division at China Lake, California, where development for such technologies has been underway for several years.

In 2017, it was announced that its solid fuel ramjet team (SFRT) had managed to develop and successfully test a solid fuel ramjet system with the ability to function three times better than existing solid rocket motors. The project was completed within a six month period, and with a budget of just $800,000 for an estimated $2 million project.

“The ramjet project was not only ahead of schedule and under budget, it also successfully integrated commercial, off-the-shelf components with internally developed SFRJ propulsion technologies,” read a statement.

On the Norwegian side, additional research has been carried out by the country’s Defence Research Establishment, as well as Norwegian industry partner Nammo Group.

In a statement, Norwegian National Armaments director Morten Tiller said that the research and development in advance of the development of the THOR-ER have been years in the making, and were reliant in particular on the Nammo Group, which also has operations centers in the United States.

“I am very pleased with the prospects of this initiative,” Tiller said, adding that he believes the results will “provide a game-changing capability for our armed forces.”

According to Air Force Col. Corey A. Beaverson, director of Mission Prototypes with the Office of the Under Secretary of Defense for Research and Engineering, solid fuel ramjets are ideal for future weapons systems because of their long-range capabilities, as well as their modest size which allows them to carry missiles to supersonic speeds. Beaverson, who is leading the project, says that ramjet technologies may be capable of extending the range of solid fuel rockets of similar size by as much as four times.

One of the most significant problems the research effort has been met with has been COVID-19, which Jeffrey Lipsky, Deputy Director of Global Capability Programs at OUSD (R&E) called “the greatest challenge we are facing.”

This Battlefield Has No WiFi: How Starlink Internet Can Alter Autonomous AI Military Systems

“People and organizations around the world have had to adjust to a new normal that has included limited international travel,” Lipsky was quoted saying, noting that the THOR-ER team has learned to work with such limitations since the beginning of the pandemic by employing methods of virtual collaboration and other tools that he believes may have had the result of improving overall communications throughout the research effort.

“When remote access to some analysis tools was not possible, the team was able to reassign those tasks to teammates that were able to access those analysis tools,” Lipsky said.

With years in the making already, early development began just months prior to the onset of the pandemic. Current estimates indicate that the program is aiming for completion by late 2024, when Lipsky says he hopes “not only have a flight demonstration but be able to transition the technology to the warfighter.”

For the latest news on new propulsion systems or science and tech, don’t forget to follow us on Twitter, Facebook, and Instagram, to weigh in and share your thoughts. You can also get all the latest  news and exciting feature content from The Debrief on Flipboard, and Pinterest. And subscribe to The Debrief YouTube Channel to check out all of The Debrief’s exciting original shows: The Official Debrief Podcast with Michael Mataluni ,Debriefed: Digging Deeper with Cristina Gomez , Rebelliously Curious with Chrissy Newton