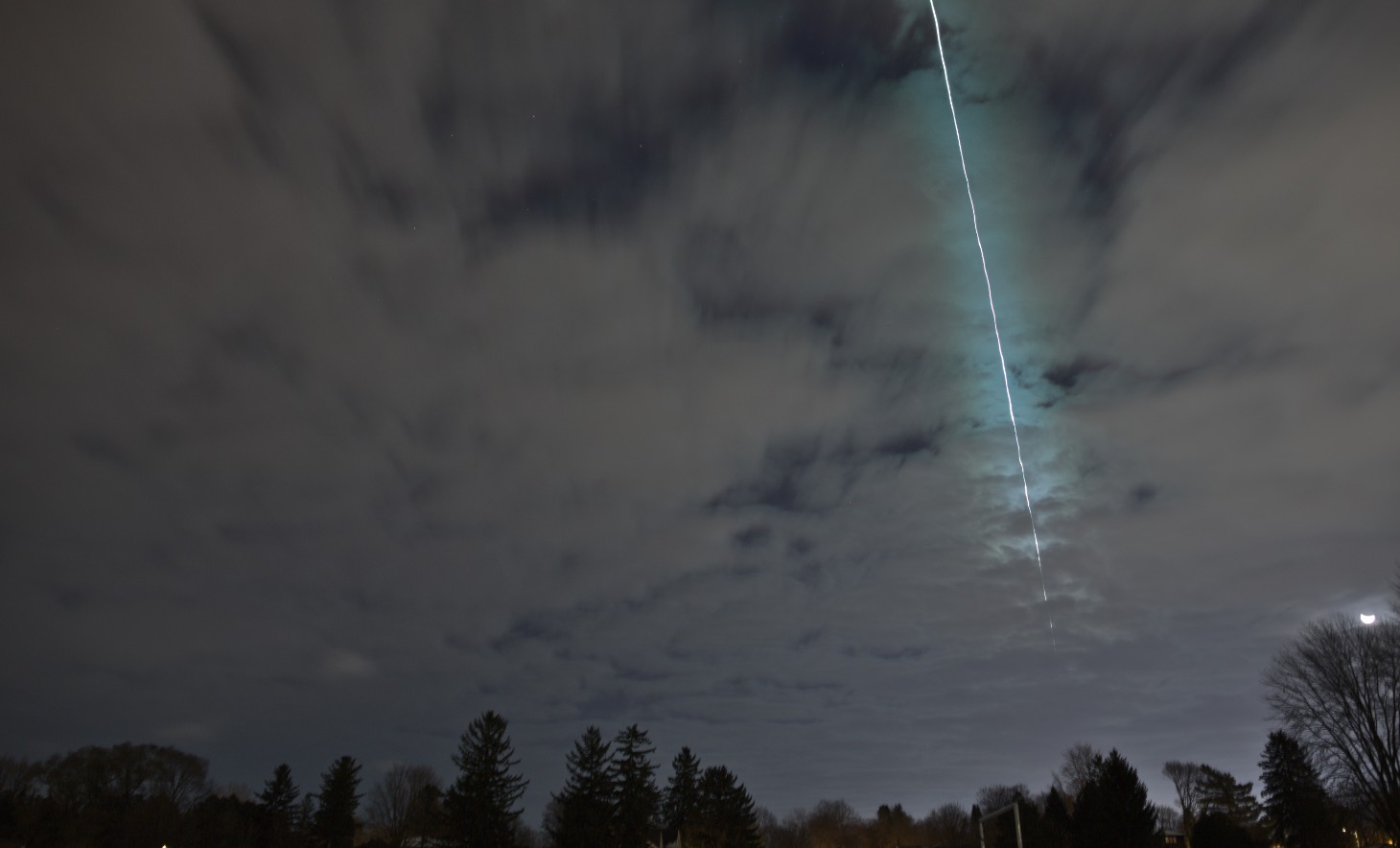 A small asteroid impact that occurred in Canada on November 19, 2022, near the shores of Lake Erie is believed to have left meteorites in its wake, which astronomers say could provide a rich source of information for future studies.

The fireball was captured on video coursing through the skies above Toronto just a few hours before the impact occurred, and experts now say that videos and other data could help provide astronomers with unique information about the makeup of the object.

Observed passing over southeastern Canada, the meteor was also visible to observers in the northeastern United States at approximately 3:30 a.m. on November 19. Witnesses reported the object as having a greenish coloration, and some referred to the object’s appearance as resembling a helicopter initially before it increased in luminosity and, within seconds, disappeared.

Peter Brown, a professor at the University of Western Ontario and a member of the Western Meteor Physics Group, told The Debrief in an email that the object, which was observed by telescopes at seven different observatories around the world, offers astronomers several unique opportunities in terms of the data that was collected.

“The telescopic observations tell us something about how the object reflects light in space,” Brown told The Debrief. “This is how we know information about most asteroids.

However, Brown adds that there are still “a lot of uncertainties about what this light reveals in terms of the object’s structure, chemistry, composition, and strength.” Brown says that having an object that is observed telescopically as it moves through space, followed by its entry into and break up within Earth’s atmosphere, also offers astronomers a chance to test their telescopes alongside real-world data.

“By having an object that was observed telescopically in space and seen to break up in the atmosphere, we have a chance to calibrate our telescopic light reflectance models against real-world data showing how the object breaks up, which in turn tells us about its internal structure,” Brown said.

Although this information alone would be useful to astronomers, the additional recovery of any meteorite fragments resulting from the November 19 minor asteroid impact would provide astronomers with even more potentially useful information. Such bright meteors typically reach a magnitude of -3 or brighter, according to NASA’s Center for Near Earth Object Studies (CNEOS), often exploding in the atmosphere and thereby becoming bolides. As the object is heated to extreme temperatures while passing through the atmosphere, a bow shock is produced ahead of the meteor due to the compression and heating of atmospheric gases, often causing the object to break apart.

According to NASA, the space agency’s Scout impact hazard assessment system detected the object and had calculated the likelihood of an impact within just seven minutes of the asteroid being posted on the Scout program’s confirmation page.

“This object was discovered early enough that the planetary defense community could provide more observations, which Scout then used to confirm the impact and predict where and when the asteroid was going to hit,” said Shantanu Naidu, navigation engineer and Scout operator at JPL, in a statement.

Notified by the Scout system of the impending potential impact, Canadian astronomer Robert Weryk managed to capture a timelapse image as the fireball passed through the sky over his home near London, Ontario, Canada (seen in the image at the top of this page).

As the object observed on November 19 broke apart on its way through Earth’s atmosphere, astronomers believe it could likely have separated into hundreds of pieces, the majority of which would have plummeted into the waters of Lake Ontario.

However, there is the possibility that some of the meteorite fragments could have made their way to destinations on land along the lake’s southern shore, which would provide additional data of interest to astronomers.

“If you’re able to find meteorites as well, this would add another dimension of calibration as we would then have compositional information to add to the fireball and telescopic data,” Brown told The Debrief. In terms of the broader significance of such data, Brown says, “it is information about the strength and break up of objects in the atmosphere that plays a central role in our understanding about the impact hazard from asteroids.”

“So while this asteroid was much too small to cause any damage at the ground, understanding how it behaves in the atmosphere can lead to extrapolations about how larger asteroids might behave when they break up in the atmosphere,” which Brown says “would improve our ability to estimate how damaging these objects would be if they hit over populated areas.”