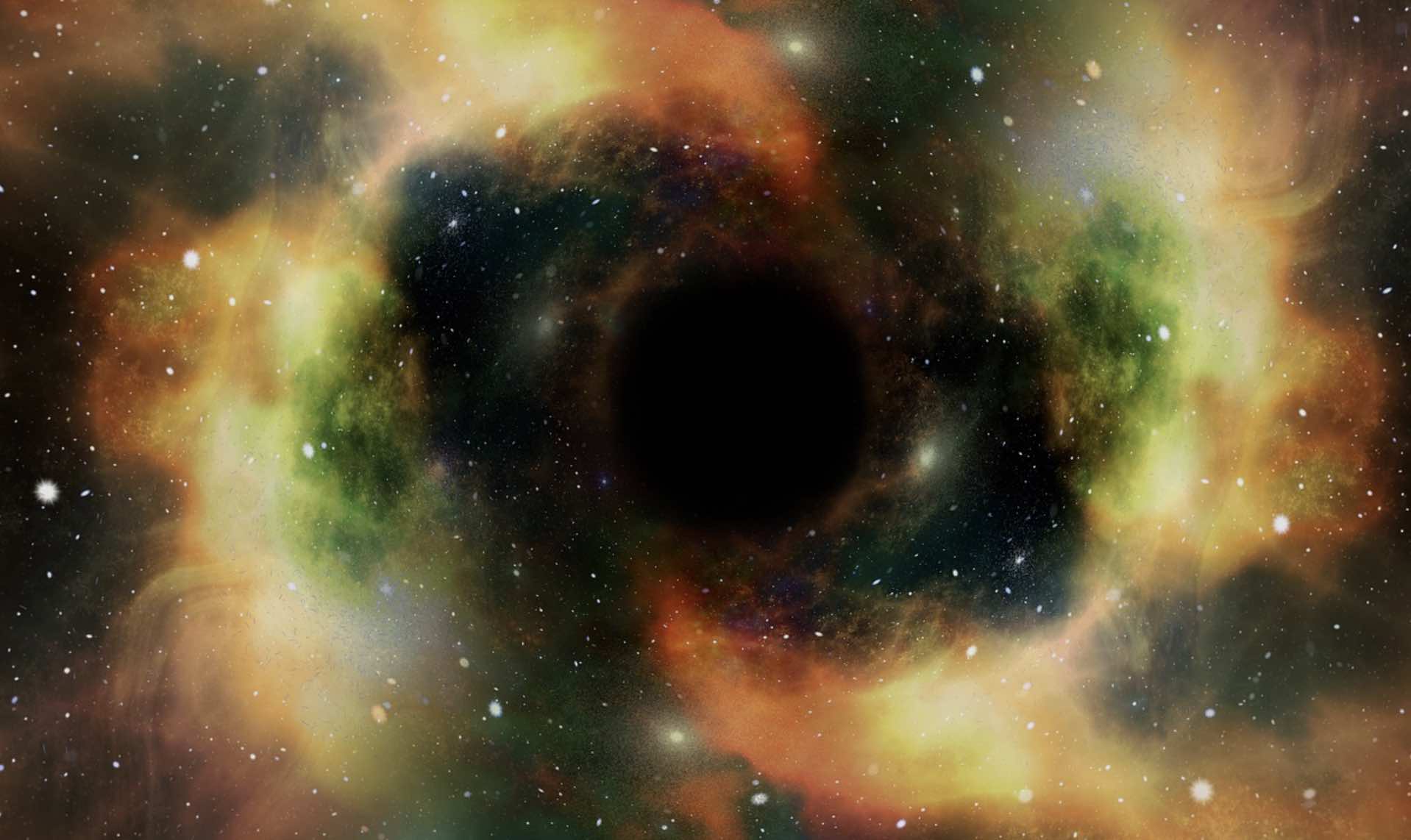 An amazing fact about cosmic history is that the most massive black holes always had ten billion times the mass of the Sun, starting when the Universe was 5% of its current age, merely 700 million years after the Big Bang. During 95% of cosmic history since then, the ceiling on black hole masses remained the same. This raises two questions. First, how did these giant babies emerge in the delivery room of the early Universe? And second, why did these giant babies not grow in mass as the Universe aged by a factor of 20? In other words, the biggest toddlers weighed as much as the biggest adults in the cosmic population of black holes.

As any gardener knows, growth is initiated by seeds. What were the seeds that enabled supermassive black holes to grow so early in cosmic history?

Supermassive black holes gain mass primarily by accreting gas or by merging with each other.  As gas settles into a disk around a black hole, it spirals inwards like water draining down a sink. The gravitational energy gained by falling into the black hole mouth, located at the Innermost Stable Circular Orbit (ISCO), according to Einstein’s General Relativity, is radiated away. Black holes are the most efficient engines for converting rest mass to radiation, with a typical efficiency of order 6% for a thin accretion disk around a non-spinning black hole.

Once the radiation luminosity exceeds the so-called Eddington limit, first identified by the astronomer Arthur Eddington for massive stars, the outward radiation push exceeds the inward gravitational pull, and the feeding stops. The Eddington limit is proportional to the central mass and equals 350 trillion solar-luminosities for a ten billion solar-mass black hole.  Remarkably, the luminosities of the brightest black holes at the centers of galaxies, so-called quasars, respect the Eddington limit in the real universe.

Quasars could be hundreds of times brighter than the sum of the stars in their host galaxies because they consume gas more vigorously and convert mass to radiation faster and with higher efficiency. As a result, their host galaxies appear as a faint fuzz around them – like fog around a brilliant lamppost.

The quasar phase is episodic, resembling a brief explosion in the cosmic timeline of billions of years. The immense power output of a quasar expels gas from its vicinity and disables its feeding. Another way to put it is that quasars are suicidal; they shine so brightly that they shove their food out of their feeding bowl. Since the Eddington limit is proportional to their mass, the end state of quasars naturally leads to a correlation between the final black hole mass and the depth of the feeding bowl associated with the spheroid of stars that keeps the food supply. When I suggested searching for this correlation in observational data back in 2000, the idea was initially dismissed; half a year later, my idea was confirmed by two independent teams of observers (see section 6.2 on page 47 in the 2013 review paper on the subject).

The Eddington limit implies a doubling time of 30 million years for the black hole mass. In a 2001 paper that I wrote with my former student, Zoltan Haiman, currently tenured faculty at Columbia University, we showed that if quasars were seeded by stellar-mass black holes, then they would barely have enough time to reach the observed masses of the earliest quasars even if they grew steadily at the Eddington limit. But it is more likely that the seeds grew only for a fraction of cosmic history. If so, how did they grow so big so early?

There are two possible solutions. One is that early quasars were fed so much that the radiation was trapped by the blanket of infalling gas and carried with it into the black hole. After all, we know of similar circumstances in the core of a massive star. After consuming its nuclear fuel and losing pressure support, the core collapses rapidly to a black hole at a feeding rate that is a quadrillion times larger than the Eddington limit. The infalling gas is so opaque that it traps the radiation and carries it into the black hole without allowing it to flow outwards and resist gravity. As I showed in a 2012 paper with my former postdoc, Stuart Wyithe, currently tenured faculty at the University of Melbourne in Australia, the same conditions may be realized inside the gas-rich galaxies that give birth to the first quasars in the early universe.

Alternatively, the early seeds of quasars may have been supermassive stars with up to a million solar masses. As I showed in a 2002 paper with my former postdoc, Volker Broom, currently chair of the Astronomy department at the University of Texas in Austin, such stars could have formed from the direct collapse of massive gas clouds which did not fragment into normal stars because cooling by heavy elements or molecular hydrogen was suppressed in the primordial gas. This formation channel, labeled “Direct Collapse Black Holes”, is often searched for in high-redshift galaxies. The possibility of supermassive stars as seeds of quasars was envisioned in a 1994 paper that I wrote with Professor Fred Rasio, editor of The Astrophysical Journal Letters.

Once the gas in galaxies was consumed by star formation, less of it remained available for feeding black holes. In a recent paper that I wrote with my postdoc, Fabio Pacucci, we showed that while supermassive black holes grew mostly through gas accretion in the early universe, mergers became more important for their growth in the local universe.

The final puzzle involves the constancy of the mass ceiling for black holes. The earliest quasars formed in rare environments where the matter density is high. These environments behave as if they are part of a denser universe in which the cosmic clock is ticking faster. As a result, the toddlers born in these regions saturate their growth long before their analogs do so later in cosmic history.

The Confluence of Natural and Artificial Intelligence

The most massive black holes reside in clusters of galaxies, surrounded by hot gas, which is more susceptible to their feedback. This could potentially impose a universal limit on their growth irrespective of cosmic time.

It is possible that some of the sources of light in the deepest images obtained by the Webb telescope and celebrated at the White House on July 11, 2022, contain evidence for early supermassive stars or even the earliest quasars. If so, future data might indicate that they emit copious amounts of ultraviolet radiation.

As I showed in a 2018 paper with my former postdoc, John Forbes, brilliant quasar emission could sterilize habitable planets throughout the core of their host galaxies. We are fortunate to reside far enough from the center of the Milky Way so that even if its central supermassive black hole, Sagittarius A*, were to shine at its Eddington limit, its radiation flux would be fainter than the Sun’s at all wavelengths.

We give our thanks to this cosmic coincidence as we count our blessings this Thanksgiving holiday!