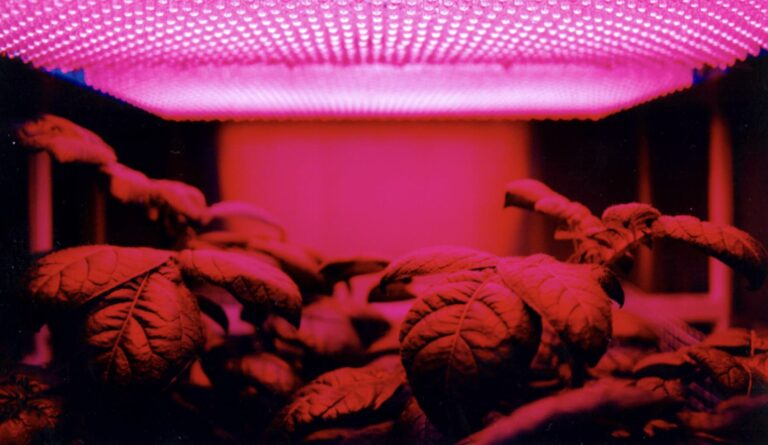 Astroculture: A Quick, But Not So-Easy Guide to Space Farming

Modern innovations in space travel are bringing the prospect of humans living off-planet for extended periods–and even residing for periods on planets like Mars–ever closer to reality. With the increasing number of possibilities we see coming to fruition with space exploration, scientists are becoming more convinced that humans can actually settle, and perhaps even thrive, in such environments.

However, our success at survival under such conditions remains mostly dependent on Earth’s resources, especially when it comes to food. Resupply missions are presently the only way astronauts can sustain themselves in space in the long term. To be truly self-sustaining in future space missions, we must find ways to produce nutritious food in environments that are less than ideal.

Space farming–or “astroculture” as some call it–is emerging as one potential solution to this hefty challenge. However, while the prospects of space farming certainly bear a degree of promise, there are a number of reasons why it won’t be particularly easy to execute.

Troubling Times Ahead for Farming in Space

With its proximity to Earth, Mars seems to be the top pick for future human colonization efforts, and with these, future space farming operations. However, the Red Planet’s atmosphere presents a number of potential problems.

Weather.gov reports that temperatures on Mars “average about -81 degrees F,” adding that in the wintertime at the planet’s poles, temperatures can drop as low as -220 degrees F.

Not only is it cold and dry, but radiation and the threat of asphyxiation make it impossible for life–human and plant alike–to flourish. With the difficulties that breathing on Mars presents, it is almost inconceivable that sustaining a large-scale farming and food processing operation would be feasible with current technologies, let alone the necessary manufacturing activities that could facilitiate it

On Earth, we can easily manage the electrical, chemical, industrial vehicle, and other hazards we face when farming and manufacturing. The same is not the case on Mars, where tools, technology, and even natural resources like abundant oxygen are nonexistent without the space travel required to carry them there.

Directing our attention toward what humans plan to grow on Mars, the challenge becomes even greater. Plants, fruits, and vegetables need sunlight, water, and decent quality soil to grow, elements which come in limited quantities on Mars when compared with Earth.

For instance, Mars gets less than half the amount of sunlight that Earth receives. Instead of the soft, crumbly, mineral, and organic matter-rich soil needed for successful farming, the soil on Mars is much stonier, also possessing a high pH (about 9.5) which contains calcium perchlorate, a salt highly toxic to people. On Earth, there are bacteria that eat perchlorate. However, some scientists have proposed transporting these bacteria to Mars and allowing them lose on the dirt, which might remove perchlorates and make the land more ready for farming.

One thing Mars does have plenty of is water, although it’s frozen. Currently, scientists are optimistic about there being liquid water under the polar ice caps, although further studies will be required to determine how much might exist there, and how such resources might be utilized.

Even with the challenges that successful astroculture on Mars will require, several technologies are currently being developed that will help to facilitate it. Here are a few technologies scientists are looking to use to help grow sources of food on Mars.

Solar cells, also known as Photovoltaic (PV) cells, can transform energy from light into electrical energy. A PV panel is a device that consists of many PV cells that work to convert sunlight directly into electricity. PV panels are flexible and thin enough to be brought to Mars without issue.

Berkshire, a global contamination control leader, talks in detail about the Mars One mission and how PV panels can be integral in civilization on Mars. According to the company, such technology can be used “to create the power needed for mission critical operations – from the life support units that generate water and breathable air to the living units designed to accommodate the settlers.”

In addition, they hope to use PV panels to heat the ice on Mars, capture the evaporate, and create potable water, which can be used to facilitate farming. These panels could be impactful in extracting nitrogen and argon gases from Mars’ atmosphere. Mix these with oxygen, and breathable air could also be achieved.

As mentioned above, Mars’ atmosphere currently makes it uninhabitable. It’s too cold and dry for plants and food to persist, and more importantly, radiation and lack of breathable air on the planet currently prevent humans from being able to thrive there easily.

A proposal by Jim Green, director of NASA’s Planetary Science Division (PSD) from 2006 to 2018, said during a community workshop that by “positioning a magnetic dipole shield at the Mars L1 Lagrange Point, an artificial magnetosphere could be formed that would encompass the entire planet, thus shielding it from solar wind and radiation.”

Aeroponic food systems enable us to grow crops without soil and little water, as has been shown through their use on Earth and in space for the last several decades.

Getting Oxygen on Mars Is Possible, Scientists Say

However, these systems are typically indoors, and maintained under controlled lighting sources and temperatures. We may have to start with aeroponic food systems if the goal is to get to Mars and start civilization as quickly as possible. These systems can act as portable farming mechanisms as we work to grow food and plants directly in Mar’s dirt and atmosphere.

NASA is already using a variety of systems like these, which includes Veggie, a space garden on the International Space Station.

“Veggie’s purpose is to help NASA study plant growth in microgravity, while adding fresh food to the astronauts’ diet and enhancing happiness and well-being on the orbiting laboratory,” NASA says. Apparently it’s working, too; NASA says Veggie has successfully grown several plants, including three types of lettuce and Zinnia flowers.

Farming in enclosed environments on Mars could work until more largescale growing methods can be developed.  However, if the goal is to transfer these plants and food to the ground on Mars, it will take time.

If We Can Do It, Farming Will Change Mars’ Landscape

The rusty color of Mars may eventually begin to change if humans can successfully engage in farming there. One day, the planet’s reddish landscape may even become more like ours, filled with greenery, blue bodies of water, and the variety of other colors that plants and flowers may bring.

Presently, we still don’t know how Mars may change as a result of humans establishing an ongoing presence there. However, with technological advances of the coming decades, the eventual hope is that we may soon find out.