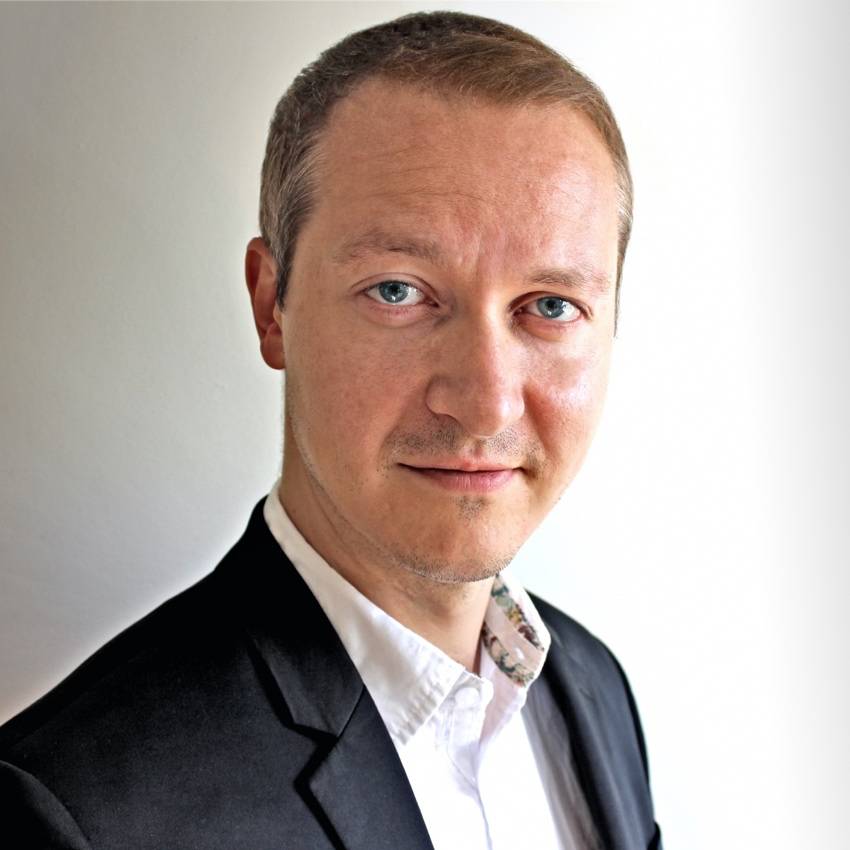 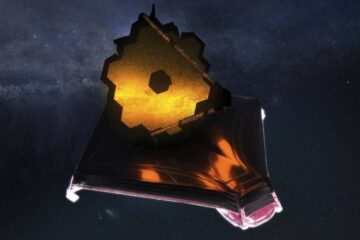 Micah Hanks·January 26, 2022
The James Webb Space Telescope will soon begin its long-anticipated mission of peering more deeply into the history of space than any telescope has ever done.

Micah Hanks·January 19, 2022
This week, we look at what a newly released report says about NASA and how it can optimize its efforts toward human space exploration in the years ahead.

Micah Hanks·January 13, 2022
This week, The Intelligence Brief takes a trip back in time, as we take a look at how people in decades envisioned the future world of 2022. 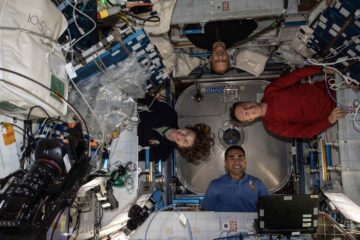 Micah Hanks·January 6, 2022
The Expedition 66 crew aboard the International Space Station is conducting experiments and preparing for a spacewalk in early 2022.

The Pentagon’s Secret War Against COVID 19

Micah Hanks·January 5, 2022
With Secretary of Defense Lloyd Austin testing positive for COVID 19, we look at how the coronavirus has remained a challenge to U.S. national security.

Micah Hanks·December 29, 2021
This week, we look at the historic launch of the James Webb Space Telescope, the critical days ahead, and the discoveries it is expected to make.

The SETI Institute Looks Back on 2021, and Forward to the Future

Micah Hanks·December 22, 2021
As The Debrief looks back on its first year in business, one of the big areas we have covered involves the search for extraterrestrial intelligence, or SETI.

Micah Hanks·December 15, 2021
This week, as the Senate passes a defense bill that significantly increases the Pentagon's budget, we analyze some of its key provisions, and historic implications.

Micah Hanks·December 9, 2021
This week, we look at a joint NASA and U.S. Naval Research Laboratory experiment that got a bit of help from the U.S. Space Force in recent days. 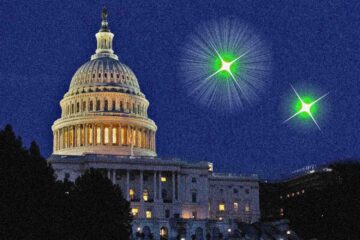 Micah Hanks·December 1, 2021
This week, we look at the retirement plans NASA has outlined for the International Space Station, and future space stations it will build with commercial partners. 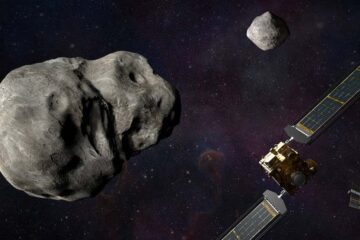 Micah Hanks·November 26, 2021
A mission to test technology that may one day be used to defend our planet against potentially deadly asteroids and other near-Earth objects was successfully launched on Wednesday, according to NASA. 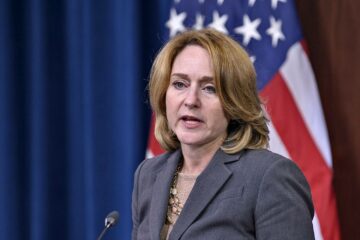 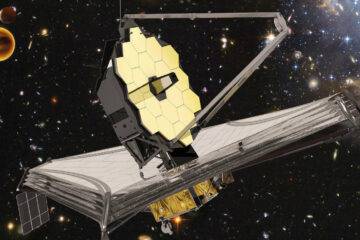 Micah Hanks·November 24, 2021
The launch of the James Webb Space Telescope has been delayed after an "incident" that is currently under investigation, NASA officials say.

Micah Hanks·November 17, 2021
This week, we analyze a concerning incident involving a test by Russia and its burgeoning anti-satellite missile technology. 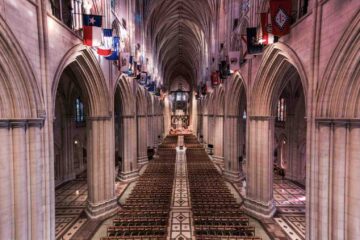 Micah Hanks·November 11, 2021
Director of National Intelligence Avril Haines and a range of panelists gathered to address space, the future, and humankind’s search for the unexplained.

Micah Hanks·November 10, 2021
This week, we examine Russia's aspirations for the country’s new state armament program, and how this relates to unidentifed aerial threats. 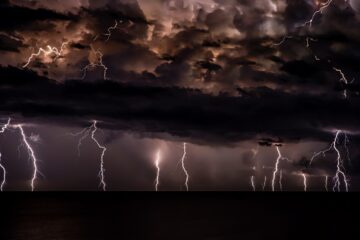 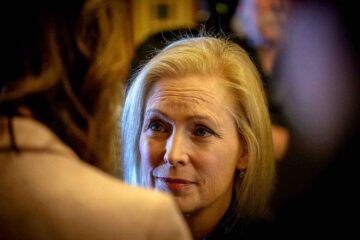 Micah Hanks·November 9, 2021
A new proposal in Washington could lead to the establishment of an "Anomaly Surveillance and Resolution Office" within the DOD.

NASA’s DART Program and the Future of Planetary Defense

Micah Hanks·November 3, 2021
This week, news of a surprise visit from an asteroid in late October has NASA talking about the prospects of its DART program.

Micah Hanks·October 29, 2021
This week, we turn our attention toward the Sun and the solar flare that has been brewing there in recent days that has researchers at NASA talking. 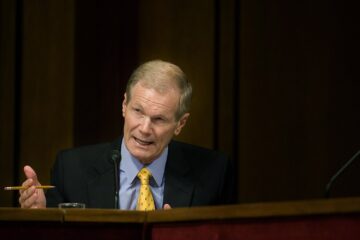 
"They know they saw something, and their radars locked on to it," Nelson said during a recent live-stream event that touched on UAP, asteroid defense, and a variety of space-related issues.

The CIA’s Secret War Against WikiLeaks

Micah Hanks·October 20, 2021
This week, we analyze a bombshell report appearing this week that disclosed how far the CIA had considered going to halt the efforts of WikiLeaks founder Julian Assange. 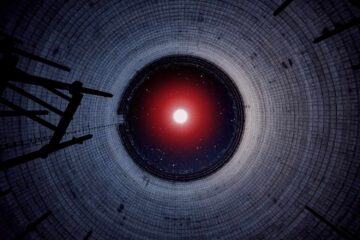 UFOs Disabled Weapons at Nuclear Facilities, According to These Former USAF Officers 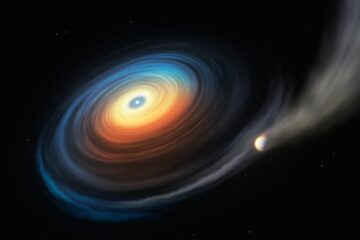 Survival After Death: How a Dead Star is Showing Us the Future of Our Solar System

Micah Hanks·October 15, 2021
New research reveals that some solar systems around white dwarfs can survive the volatile period toward the end of a dying star's lifespan.

Micah Hanks·October 14, 2021
This week, we look at actor William Shatner and his successful trip into space aboard Blue Origin's New Shepard spacecraft. 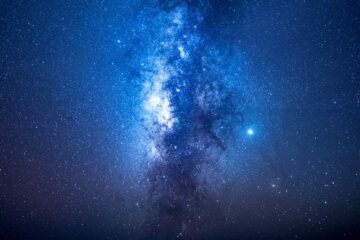 Something is Producing Radio Waves in the Heart of the Milky Way, and it Has Astronomers Baffled

Micah Hanks·October 14, 2021
Strange radio waves detected by astronomers in recent days have led some to believe that a hidden stellar object may be lurking near the center of the Milky Way. 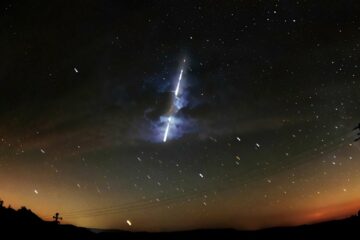 Micah Hanks·October 14, 2021
A Canadian woman recently had a rude awakening as a meteorite tore through the ceiling of her home, covering her in debris and prompting a 911 call.

Spy Games: The CIA Shifts its Focus to Threats from China and Foreign Technology

Micah Hanks·October 7, 2021
This week we look at the CIA's new China and Foreign Technology Mission Centers, and new information about losses sustained by the agency. 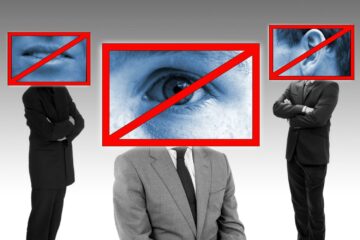 
One of the largest digital libraries online today gives us a glimpse at what the Internet of 2046 may look like... and it's concerning.

Micah Hanks·October 5, 2021
Wayforward Machine gives us a glimpse at what the Internet of 2046 may look like... and it's really concerning. 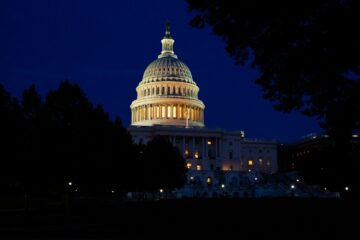 
Congress continues to narrow its focus on what it calls a “mysterious threat to U.S. airspace and our military forces.”

Micah Hanks·October 4, 2021
Recent legislation approved by the House Intelligence Committee includes a mandate that would increase the sharing of data collected about unexplained aerial phenomena (UAP), according to language within the bill. 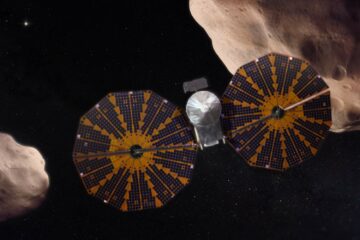 Micah Hanks·October 1, 2021
Lurking in orbit around our Sun and sharing a path with Jupiter are the mysterious Trojan asteroid swarms, which astronomers have now trained their sights on for future study. 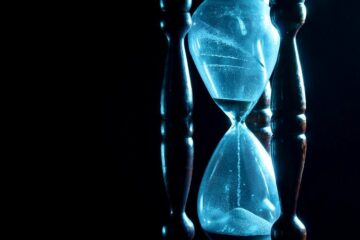 Micah Hanks·September 30, 2021
It is among the oldest and greatest questions humans have ever asked: what happens after we die? Since...

Micah Hanks·September 30, 2021
This week, we turn our attention to the question of longevity studies, and Silicon Valley's quest for Immortality.

The Future of NASA: Innovation, Exploration, and the Unknown

Micah Hanks·September 21, 2021
This week, NASA makes some big announcements outlining its mission in the decades ahead, and talks about part of its core mission: seeking the unknown. Micah Hanks·September 20, 2021
Researchers at Cardiff University say Western Media is being steered by Russian propaganda, but archaeology reveals it is a practice with ancient roots. 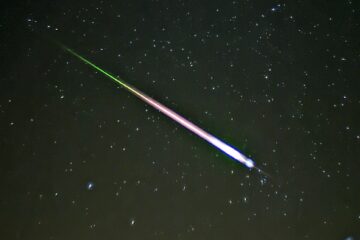 Micah Hanks·September 17, 2021
Reports of odd sounds associated with bright meteors over the years point to a longstanding mystery of physics.

Micah Hanks·September 15, 2021
Welcome to this week’s installment of The Intelligence Brief… in this edition we’ll be looking at 1) The...

Micah Hanks·September 10, 2021
Another concerning incident earlier this week on the International Space Station points to deeper problems for future operations in orbit. 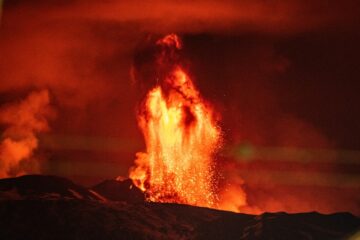 Micah Hanks·September 10, 2021
Supervolcano eruptions, among the most deadly events that occur on planet Earth, may remain a threat for centuries according to new research. 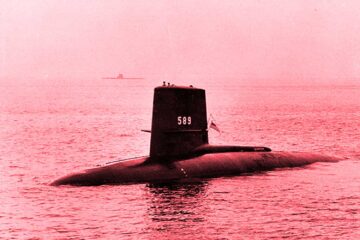 Four Submarines All Vanished in the Early Months of 1968. The Story Behind Their Disappearances Remains a Cold War Mystery.


Questions linger over a bizarre series of Cold War incidents involving submarines that left few clues about what caused their destruction.

Micah Hanks·September 9, 2021
Questions linger over a bizarre series of Cold War incidents involving lost submarines, which left few clues about the cause of their destruction. 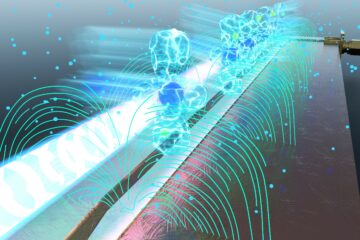 Micah Hanks·September 7, 2021
A team of researchers believes they may have the answer, and it involves using multiple quantum computers to check each other’s work, a kind of quantum computing peer review.

Virgin Galactic “Red Light” Incident Gets Attention From the FAA

Micah Hanks·August 31, 2021
The James Webb Space Telescope, NASA’s eagerly awaited new addition to its telescope array, has successfully completed its final run of tests, according to the space agency. 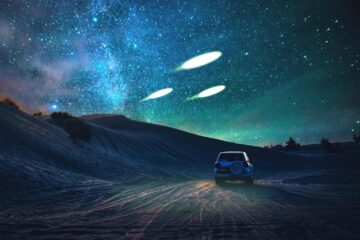 The Extraterrestrial Hypothesis: In the Debate Over UAP Origins, Scientists Wrestle With Possibilities… and Biases 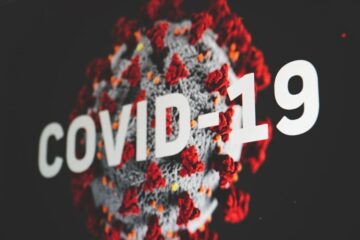 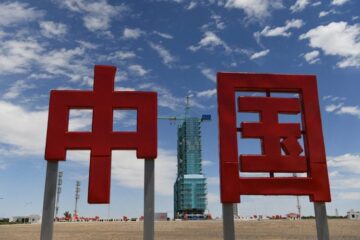 Micah Hanks·August 27, 2021
It has been learned in recent days that China’s National Natural Science Foundation (NNSF) is moving forward with...

Micah Hanks·August 25, 2021
This week, we examine China's ambitions to build a mile-wide spacecraft, and what leaked emails are telling us about friction within the commercial space industry. 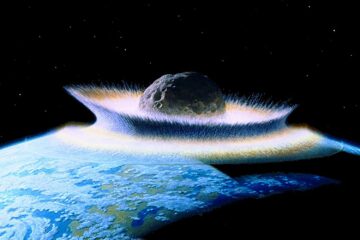 Micah Hanks·August 23, 2021
The Popigai crater, a 100-km-wide impact area in Siberia, documents events from long ago that caused one of the greatest periods of change in Earth's long history.
1 2 3 4 5 6