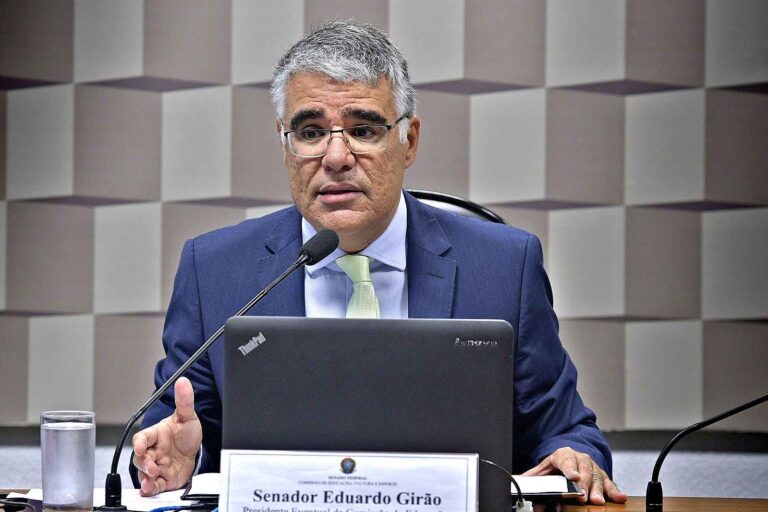 Brazilian Senators are calling for a special session that aims to bring greater public awareness to the issue of unidentified aerial phenomena (UAP), according to an official Senate Requirement that was recently filed.

Citing countries around the world that “have established research commissions for these vehicles,” the Requirement references initiatives like those undertaken by the United States Department of Defense in recent years, and states that “a governmental opening is sought so that the truth discovered by these nations and their research bodies is revealed.”

The special session the Requirement proposes will occur on or around June 24, 2022, a date internationally recognized by UAP proponents for its association with pilot Kenneth Arnold’s sighting of several unidentified objects over Mount Rainier, Washington, in 1947.

“Brazil emerges in this scenario as the first nation to officially admit that UFOs actually exist,” a translated portion of the Senate Requirement states, emphasizing the country’s long history of involvement with UAP investigations. “This occurred in a meeting open to society, military and press held at the Escola Superior de Guerra (ESG), in Rio de Janeiro, in 1954, when the then captain of the Air Force João Adil de Oliveira declared to those present the reality of these flying objects and their advanced technological characteristics.”

“France would only do the same, coming second in 1976, 22 years later,” the document adds.

The Debrief reached out to Senator Girão’s office about the Requirement but did not receive a response.

The recent efforts of the Brazilian Senate are partly the result of a civilian-led initiative that began in 2004, launched by AJ Gevaerd, publisher of the Brazilian UFO Magazine, Revista UFO, and the Brazilian Commission of Ufologists (CBU) called “UFOs: Freedom of Information Now.” The initiative resulted in an invitation to members from both groups to attend Brazil’s Integrated Center for Air Defense and Air Traffic Control (Cindacta) and Brazilian Aerospace Defense Command (Comdabra) in Brasilia, where they were granted access to government documents related to UAP.

Speaking with Gevaerd at the recent 25th Annual UFO Congress in Curitiba, Brazil, he told The Debrief that he was initially contacted by Senator Girão late last year, who invited him to help organize the hearing proposed in the recent Senate Requirement.

“We’ve been discussing this,” Gevaerd said, “and this very week he just made it official.” Gevaerd said it represents “the first time in history that a country anywhere in the world [organized] an official activity inside its Senate to promote the UFO subject.”

“We will meet for an entire afternoon in Brasilia,” Gevaerd said, where he and other researchers will speak with Senate and Congressmen present “about UFO evidence, researchers, official documents, the best cases… all the best we have about UFOs in Brazil.”

“Some time ago I got in touch with Gevaerd to present a proposal to bring the Brazilian Congress closer to what has been done in the U.S. for some time,” Vernet told The Debrief. The founder of UAP Brazil, a website that examines unidentified aerial phenomena reported in the country, Vernet had recently obtained “more than 100 pages of documents and 20 minutes of videos about encounters of indigenous tribes with UAP” when he contacted Gevaerd.

Vernet said he was particularly interested in UAP developments occurring in the United States, and hoped that Brazilian government officials might also be willing to engage with the UAP topic.

“I was following the news that arrived from the USA daily,” Vernet says.

“The special session at the Brazilian congress will be a public event,” Vernet says, adding that he will be among the researchers in attendance and will be presenting “the most important points of the documents released by the government about cases in the north of the country involving fisherman villages and indigenous communities since the 70s to the present day.”

“These are delicate incidents,” Vernet told The Debrief, “as they involve people hit by beams of light from the UAP, some with recoverable damage and others with permanent sequelae.”

Some of the incidents described by Vernet, which involve injuries that purportedly resulted from UAP encounters, were investigated by the Brazilian Air Force’s Operação Prato (Operation Saucer) between 1977 and 1978. The program focused its inquiries mainly on UAP events that were being frequently reported around the city of Colares in the Brazilian State of Pará.

Gevaerd told The Debrief that Brazil has had “four or five different committees or programs for UFO research in the country.” Predating Operação Prato by nearly a decade was the country’s Unidentified Aerial Object Investigation System (Sioani) at the IV Regional Air Command (COMAR), in São Paulo. A similar investigative effort was launched in 1986, following a widely publicized incident involving the pursuit of 21 large spherical objects by Brazilian Air Force pilots.

Vernet thinks that presenting the Brazilian Senate with well-documented information on unidentified aerial phenomena could encourage the country to pursue initiatives like those seen in the United States in recent months.

“The next step would be to help congressmen draft a bill to create a research office involving civil and military organizations like what was proposed by the Gillibrand Amendment,” says Vernet, who also told The Debrief he is currently leading a separate initiative that is focused on briefing influential Brazilian scientists about the UAP issue.

Is Our Universe a Neural Network? This Scientist Thinks So.

Gevaerd says that he hopes that the forthcoming hearing will continue what he views as being a leading role Brazil has played in bringing transparency to the UAP issue over the decades.

“I would say that Brazil has a leadership in this field,” Gevaerd says. “We have a movement that started some ten years ago to ask the government to come clear about UFOs.”

“And we succeeded,” Gevaerd says. “Now in the public library in Brasilia’s National Archives, there are 20,000 pages of UFO documents produced by the Brazilian Air Force free for public access.”

Despite the Brazilian government’s long history of involvement and documentation related to its investigations in the country’s National Archives, Vernet says that many in the Brazilian Senate remain doubtful, and that the hearing could provide an important opportunity to bring awareness to ongoing issues related to unidentified aerial phenomena.

“It must be remembered that most senators are skeptical,” Vernet told The Debrief.

“The focus on official documents and facts from the US Government is critical,” he says.