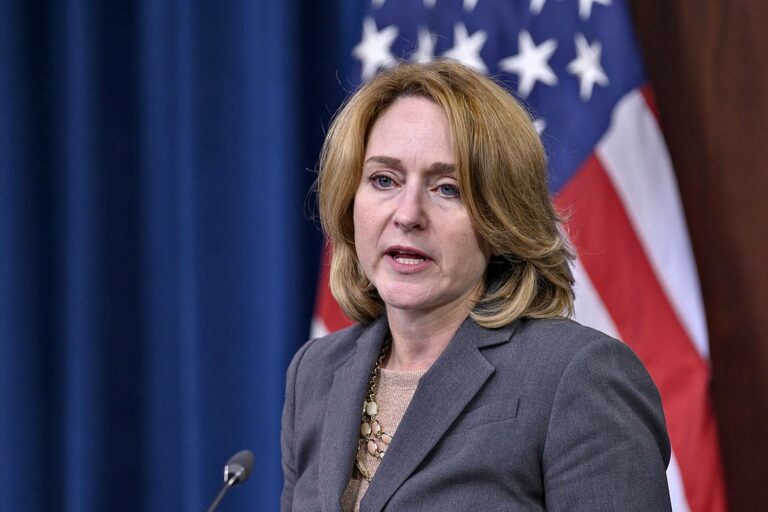 The Department of Defense has announced the establishment of the Airborne Object Identification and Management Synchronization Group (AOIMSG), which it says will be the successor to the Navy’s Unidentified Aerial Phenomena Task Force (UAPTF).

The announcement was made in an official release that appeared on Tuesday on the website of the Department of Defense.

According to the DoD statement the newly established AOIMSG “will synchronize efforts across the Department and the broader U.S. government to detect, identify and attribute objects of interests in Special Use Airspace (SUA), and to assess and mitigate any associated threats to safety of flight and national security.”

The release further states that oversight and direction for the AOIMSG will be provided by the Under Secretary of Defense for Intelligence & Security, which will lead an advisory committee, the Airborne Object Identification and Management Executive Council (AOIMEXEC). Featuring membership both from the DoD and the Intelligence Community, the AOIMEXEC will offer “a venue for U.S. government interagency representation,” according to the release.

The DoD statement coincided with a memorandum from Hicks to senior Pentagon leadership and others which provided further details about the mission of the new government office of UAP investigations.

“The presence of unidentified aerial phenomena (UAP) in Special Use Airspace (SUA), designated in accordance with 14 CFR Part 73, represents a potential safety of flight risk to aircrews and raises potential national security concerns,” Hicks wrote in the memo.

Hicks also outlined efforts toward “standardizing UAP incident reporting across the Department,” along with “collecting and analyzing operational, intelligence and counterintelligence data,” and a host of other regulatory functions. Hicks also stated that an acting Director for the AOIMSG will be designated by the AOIMEXEC.

A copy of Hicks’ memo was shared online by Douglas Dean Johnson, a volunteer researcher with the Scientific Coalition for UAP Studies who follows and frequently reports on developments related to UAP.

The announcement follows the appearance of a proposed amendment to the FY 2022 Defense Authorization Act, filed in recent weeks by U.S. Senator Kirsten Gillibrand, which was first to propose the establishment of a UAP investigative agency within the DoD that would assume the current duties of the Navy’s UAP Task Force. In the wording within Gillibrand’s filing, the proposed name for the agency had been the Anomaly Surveillance and Resolution Office (ASRO), although its main functions, as well as the existence of a council or committee that would be able to provide oversight and direction for the agency, were similar to the initiatives outlined by the Pentagon on Tuesday.

In June, a report delivered by the UAP Task Force to the Office of the Director of National Intelligence (ODNI) provided a brief overview of information currently being collected by the intelligence community about UAP and outlined a number of concerns and challenges presented by the unidentified objects.

“UAP clearly pose a safety of flight issue and may pose a challenge to U.S. national security,” read a portion of the ODNI report. “Safety concerns primarily center on aviators contending with an increasingly cluttered air domain. UAP would also represent a national security challenge if they are foreign adversary collection platforms or provide evidence a potential adversary has developed either a breakthrough or disruptive technology.”

The DoD’s announcement on Tuesday appears to underscore similar concerns to those which had been outlined in the June report, with special emphasis on safety of flight and national security.

“Incursions by any airborne object into our SUA pose safety of flight and operations security concerns, and may pose national security challenges,” Tuesday’s DoD release stated.

“DOD takes reports of incursions – by any airborne object, identified or unidentified – very seriously, and investigates each one.”

The release also clarified that the decision to establish the AOIMSG had resulted from a collaboration between the OUSD(I&S) and other DoD agencies, whose shared vision is to “address the challenges associated with assessing UAP occurring on or near DOD training ranges and installations highlighted in the DNI preliminary assessment report submitted to Congress in June 2021.”

In June, the UAPTF Preliminary Assessment on UAP incursions and other aerial phenomena encountered by our military indicated that 144 incidents had been logged since 2004, with the majority of these collected since 2019, following the institution of a formalized reporting process first adopted by the U.S. Navy and thereafter also by the U.S. Air Force. The document outlined that the 144 reports cited had been collected by sources within the U.S. government, and that of these, 80 reports “involved observation with multiple sensors. o Most reports described UAP as objects that interrupted pre-planned training or other military activity.”

While further details about the scope of the AOIMSG and its operations remain to be seen, the DoD said on Tuesday that additional information about the organization and its leadership will be presented in the days ahead.

“In [the] coming weeks, the Department will issue implementing guidance, which will contain further details on the AOIMSG Director, organizational structure, authorities, and resourcing,” the DoD release states.