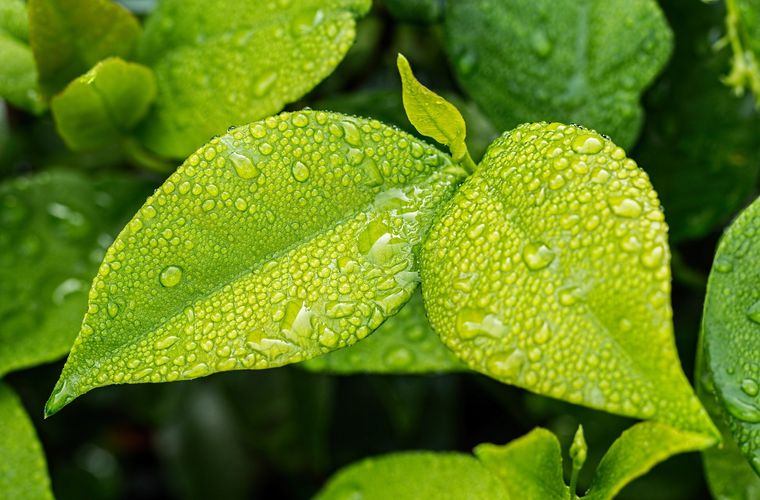 artificial leaves may help to reduce the need for fossil fuels, as they can produce cleaner energy (PC Pixabay.com)

Can Artificial Leaves Help Lessen the Impact of Climate Change?

With the looming concerns that climate change presents, climate scientists are constantly looking for ways to lower greenhouse gas emissions. Strategies include everything from bioengineering plants that absorb more carbon dioxide, to harnessing the power of technology to help complete the task.

However, a team of researchers at the University of Illinois, Chicago, believes they have found a novel new solution to the problem: by developing entirely artificial leaves.

Background. How to Make an Artificial Leaf

Artificial leaves have actually been around for at least two decades. As far back as 2011, researchers from MIT developed an artificial leaf made from silicon, which essentially acted like a solar cell and had its own internal circuiting, but worked by being placed in a container of water in the sun.

Within the container, the leaf would generate bubbles of hydrogen and oxygen, which would later be used as energy sources. Lead researcher Daniel Nocera from MIT claimed that the leaf could give up to 30 kilowatt-hours of electricity per day, which is around the daily energy use for one American household.

Analysis The Secrets of Biohacking

While MIT’S artificial leaf was developed more than a decade ago, its design has only changed slightly. In the more recent research by the team at the University of Illinois Chicago, they adjusted their artificial leaf to include a water gradient with a wet side and a dry side. The leaf worked by creating bicarbonate, or baking soda, on the dry side, which later turns into carbon dioxide that can be used for fuel.

With their new design, the researchers found that their artificial leaf had a higher rate of carbon capture at 3.3 millimoles per hour per 4 square centimeters, a rate 100 times better than previous artificial leaves.

Russian Soldiers Get In a Shootout With Each Other

The researchers published their findings in the journal Energy & Environmental Science. They also theorized that to better optimize the carbon capture of these leaves, the units could be stackable. According to the corresponding author and UIC College of Engineering professor Meenesh Singh: “The modules can be added or subtracted to more perfectly fit the need and affordably used in homes and classrooms, not just among profitable industrial organizations.”

Outlook: A Rise in Artificial Gardens?

With these artificial leaf modules being small (no bigger than a backpack) and easily transportable, they may begin to be adopted into the concrete landscape of urban cities, “Our artificial leaf system can be deployed outside the lab, where it has the potential to play a significant role in reducing greenhouse gasses in the atmosphere thanks to its high rate of carbon capture,” Singh added, “and it’s relatively low cost and moderate energy, even when compared to the best lab-based systems.” As authorities look to make their countries more carbon-neutral, this new technology could help to be an effective solution, as it is simple to add to already established infrastructure, and could help to output a significant increase in electrical energy. This artificial leaf is just one example of how technology can help mitigate the effects of climate change.