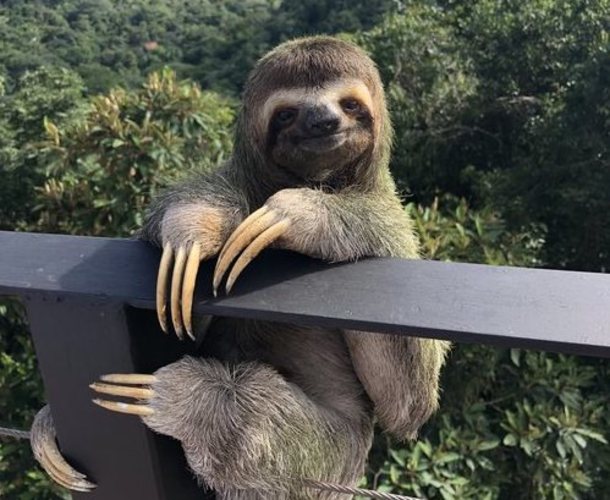 Oversized Animal Weapons May Actually Be a Big Bluff

Oversized animal weapons like claws or pincers may not indicate better fighters but instead may show the animal is cheating to make themselves appear more threatening. According to researchers, this is especially true in sea animals like crabs or shrimp, whose oversized claws sport little muscle tissue and are often primarily for show.

IS THAT A GIANT CLAW, OR ARE YOU JUST HAPPY TO SEE ME

In the animal kingdom, several species have naturally occurring weapons. Some are highly effective, like a tiger’s claws or a wasp’s stinger, while others like a Rhino’s horn are less useful.

In an attempt to understand how useful some of these oversized, more intimidating weapons may function relative to their impressive appearance, a group of researchers studied two of these animals; shrimp and crabs. And their findings, which were published in the journal Biology Letters, seem to indicate that a significant portion of super-sized animal weapons may be all for show.

First, the researchers noted the significant amount of energy required to support a super-sized weapon, especially one made out of power-hungry muscle tissue.

“Some animals can spend 40% of their energy budget for the day just maintaining themselves sitting there doing nothing,” said the study’s lead researcher Jason Dinh, a Ph.D. candidate in Biology at Duke University, in the press release announcing the new study. “It’s a very slow and steady cost that’s happening throughout the animal’s adult life.”

This circumstance led Dinh and his team to look into how snapping shrimp and spinner crabs, both of whom sport oversized weapons, can do so without spending all of their time resting or eating. To do so, Dinh examined the relationship between the sizes of these animals’ weapons, specifically the ratio of soft tissue (like muscle) to hard tissue (like exoskeleton), the latter of which is much less energy-intensive to maintain.

Sure enough, Dinh found that the crabs and shrimp were building their oversized weapons mostly out of more rigid tissue instead of muscle. As a result, these animal weapons look impressive but are significantly less potent and much less energy-intensive to maintain.

Of course, as Dinh notes, even a sizeable claw that has very little muscle can still be an advantage in a crab battle. And for these types of shrimp, their more enormous animal weapons seem to allow them to throw larger, extremely-high pressure bubbles at each other, which is their preferred form of battle.

“It’s a way animals can deceive,” said Dinh, “but they can also improve their performance during these fights, and apparently, they can do it in a really cheap way.”

As the press release explains, “Many crustacean battles are won by intimidation, and even when they do escalate to full-blown violence, they are rarely lethal. And, unlike human knights, if a claw gets ruined in combat, they can amputate it and grow a new one.”

In the study’s conclusion, Dinh observes that many creatures may enjoy an actual physical benefit to an oversized weapon, like a deer with sturdy antlers. However, in the world of crustaceans, these oversized weapons may amount to little more than a psychological trick made with cheap tissues to exaggerate their actual fighting prowess.

“We think of these weapons and ornaments as honest indicators of how good of a fighter an individual is, but animals seem to be able to play these nice physiological tricks to really cheaply deceive or exaggerate how strong they are during these fights, said Dinh, “and it’s primarily by using cheap tissues instead of muscles.”