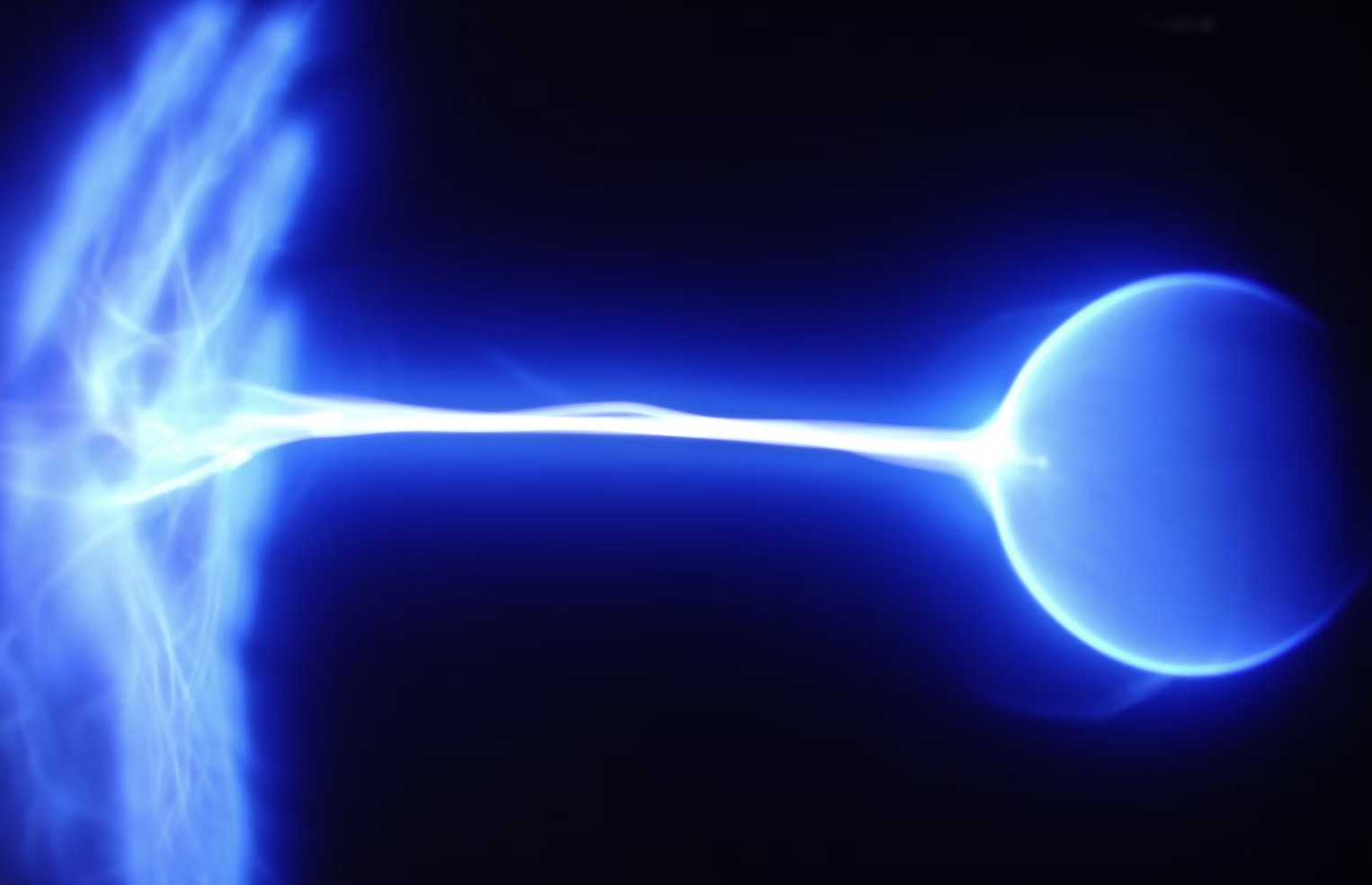 Caught on Tape: A Sticky Study in Electricity Solves an 80-Year-Old Physics Mystery

When two or more objects come close enough that they are touched together, under the right circumstances a spontaneous charge can be delivered. One of the objects will adopt a positive charge, while the other will obtain an equal but opposite net negative charge.

This phenomenon is well known to many of us, especially in dry environments when we emerge from our vehicle and touch its metal exterior, only to receive a mild zap of electricity. Known as contact electrification, it was our only direct source of electricity until as recently as the 18th century.

Today, contact electrification and the electrostatic discharges (ESDs) associated with it play a key role in several modern technologies. Although this form of electrification is well known and put to good use in devices that include laser printing machinery, aspects of it remain mysterious even today.

According to one study published in 2008, static discharges that are quite literally “caught on tape”—that is, common varieties of adhesive tape—can be so powerful within a vacuum that they generate the required X-rays necessary to produce X-ray images of a human finger.

It was long believed that when the surfaces of two objects or materials made contact by sliding past each other, charges were formed in the respective objects in uniform directions. However, as scientists took on a better understanding of contact electrification, it was learned that both surfaces carried positive and negative charges, constituting what are called “charge mosaics.” These mosaics and their formation remained a mystery and were attributed to everything from the non-uniform structure of the materials themselves, to aspects of experiments that were not successfully able to be reproduced. Other theories considered whether the overall randomness of such events could explain such peculiarities.

Finally, new insights into this long-mysterious aspect of contact electricity have been revealed by a research team with the Ulsan National Institute of Science and Technology (UNIST) and it’s Center for Soft and Living Matter, a part of its Institute for Basic Science. The study, led by Professor Bartosz Grzybowski, spent more than a decade exploring the ways that so-called “charge mosaics” might be generated.

Understanding the nature of such electrical phenomena can be vital since there are major occupational hazard risks associated with seemingly random static discharges. It has long been recognized that discharges that accompany contact electricity can lead to damage to electrical components, or more severe accidents like coal mine explosions and fires at industrial sites.

Now, Grzybowski and his team hope that their study may provide data that can be used to help mitigate such dangers. Building on the work of an earlier 2011 paper, Grzybowski and his group have now demonstrated that charge mosaics are a direct result of electrostatic discharges.

According to the team’s paper, “we describe experiments and theoretical models that prove a fundamentally different origin of mosaic formation,” which they emphasize are not “due to the properties of the contacting materials but due to electrostatic discharges between the separating surfaces.” The authors note that as the space between two surfaces increases, the threshold of the magnitude of electrical fields required for electrostatic discharge thereby decreases, in accordance with Paschen’s law, an equation that breaks down the voltage necessary to initiate a discharge or electric arc between a pair of electrodes in a gas (such as oxygen) based on pressure and the space between two objects. The result is that the threshold “eventually becomes lower than the electric field created in the gap by surface charges.”

Could Marijuana Lower the Demand for Prescription Drugs?

Once a discharge occurs, the authors further note that it will continue “not only until neutralizing but also locally inverting the surface charges.” When such discharges occur, sequences of “sparks” created between delaminating materials were identified as the primary mechanism that gives rise to the symmetrical appearances of positive and negative charge distributions in not just one, but both of the materials.

The researchers believe their new model for the formation of charge mosaics in materials helps to explain their occurrence in everything from rubber and steel to paper, and even polymers. They also suggest that this phenomenon could help account for the crackling noise produced when we unroll a strip of sticky tape; rather than simply being the sound of adhesive separating from the dry plastic surface on the opposite side of the tape, a more complex occurrence of tiny plasma discharges may be at work, which effectively strikes the tape much like a musician plucks a stringed instrument.

Altogether, Grzybowski and his team hope that their study of charge mosaics can help not only broaden our understanding of the long mysterious phenomenon of contact electrification but also control the effects of otherwise potentially dangerous static discharges.

The team’s paper, “Charge mosaics on contact-electrified dielectrics result from polarity-inverting discharges,” was published in the journal Nature Physics.