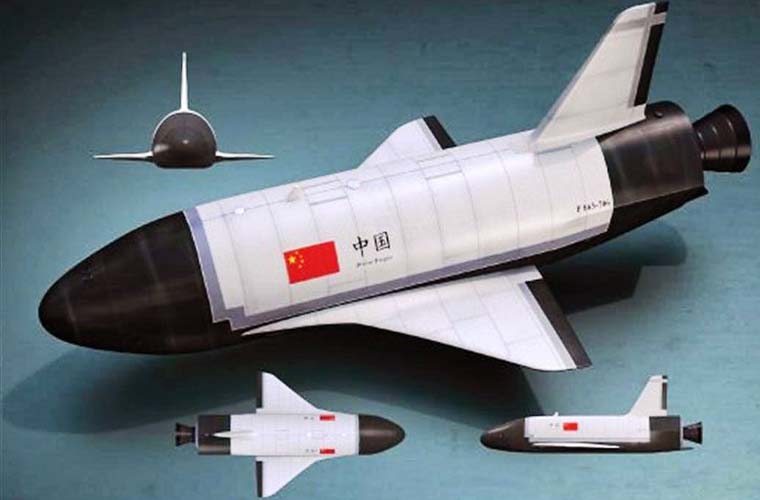 Little is known about the spaceplane, dubbed the “Reusable Experimental Spacecraft” or “CSSHQ,” however, military sources and concept art suggest it could be a veritable clone of the United State’s equally enigmatic spacecraft, the Boeing X-37.

According to the state media outlet Xinhua, the CSSHQ was launched atop a Long March 2F rocket from the Jiuquan Satellite Launch Center in the Gobi Desert at around 16:00 UTC on August 4.

The spacecraft was reportedly later tracked by the U.S. Space Force’s 18th Space Defense Squadron in a 346 by 593-kilometer orbit inclined by 50 degrees.

This is the second known launch of China’s first reusable spacecraft, following a two-day in-orbit test flight in September 2020. However, the CSSHQ’s purpose remains shrouded in mystery.

A brief statement released by Chinese media following this latest launch simply read, “The test spacecraft will be in orbit for a period of time before returning to the scheduled landing site in China, during which reusable and in-orbit service technology verification will be carried out as planned to provide technical support for the peaceful use of space.”

Following its maiden voyage in 2020, the South China Morning Post reported the CSSHQ was part of China’s two-decade-long pursuit for a reusable robotic spaceplane under its Shenlong, or “Divine Dragon” program.

In official publications, such as the China Aerospace Science and Technology Corporation’s 2017 “Space Transport Road Map,” Chinese authorities have stressed that developing a reusable spaceplane is entirely for peaceful purposes and to “provide more convenient and cheaper transport for the peaceful use of space.”

However, with such extreme secrecy surrounding the program, many speculate it’s more likely that China’s reusable spaceplane has an alternative military purpose, similar to the United State’s clandestine spacecraft, the X-37B.

Resembling a scaled-down version of the iconic NASA Space Shuttle, since its emergence in 2010, the U.S. Department of Defense has never disclosed the X-37B’s purpose or what kinds of missions the spacecraft is designed to carry out.

Security and aerospace experts speculate that the X-37B could be a space surveillance drone or possibly a test platform for emerging technologies, such as the EmDrive electromagnetic microwave thruster. The Pentagon has, however, denied that the X-37B is related to the development of space-based weapons.

Speaking at the Aspen Security Form in 2019, former Secretary of the Air Force Heather Wilson revealed that during its elliptic orbit, at perigee, the X-37B is capable of making changes to its orbital flight path, allowing the spacecraft to avoid detection.

“Which means our adversaries don’t know — and that happens on the far side of the earth from our adversaries — where it’s going to come up next. And we know that that drives them nuts. And I’m really glad about that,” said Wilson.

The X-37B is presently carrying out its sixth and most extended space mission, remaining in earth’s orbit for nearly 2.5 years. In previous missions, the X-37B has spent around two years in space before deorbiting and successfully landing on a runway like a conventional aircraft.

Comparisons between America and China’s secret spaceplanes are heightened by the fact that China’s CSSHQ is believed to look strikingly similar to the X-37B.

Images first published by Chinese media in 2007 showed an aerodynamic scaled model of China’s “Shenlong Spaceplane,” outfitted to the fuselage of an Xian H-6 bomber. The images show the engine assembly and black reentry heat shielding on the vehicle’s nose section, indicating a reusable design nearly identical to the X-37B.

A thermal image shared by China’s official military television channel purportedly showed the spaceplane’s test flight with the H-6 bomber. The image depicts the spaceplane with a conventional vertical stabilizer, identical to the early prototype designs of the X-37.

Aside from the scaled prototype, no other actual images of China’s spaceplane have ever emerged.

However, Chinese concept art, supposedly showing the CSSHQ’s current design, depicts the spacecraft as a near clone of the X-37B. The most notable exception is the CSSHQ’s continued use of a conventional vertical stabilizer, as opposed to the current X-37 B’s twin angled tailfins.

It’s impossible to know how accurate artistic representations are to the actual CSSHQ. However, when asked about specifics of the spaceplane’s design in 2020, an unnamed source from the Chinese military told the South Morning Post, “maybe you can take a look at the U.S. X-37B.”

The paper’s authors conclude that the “borrowing” of U.S. aerospace designs “makes it likely that China will remain behind the curve for the foreseeable future when it comes to keeping pace with U.S. space technology.”

Notwithstanding, an earlier report by China analysts Andrew Erickson and Gabe Collins cautioned that policymakers should take China’s space ambitions seriously. “Beijing’s development of spaceplane programs is broad-based, and their trajectory will represent a key barometer of its civil and military space intentions.”

Perhaps, Brian Weeden, the Director of program planning for the Secure World Foundation, offers the most sensible response as to why China might be pursuing a secret spaceplane in the first place.

“It’s a great question,” Weeden told NPR. “We’re not even really sure why the U.S. military is pursuing a space plane.”