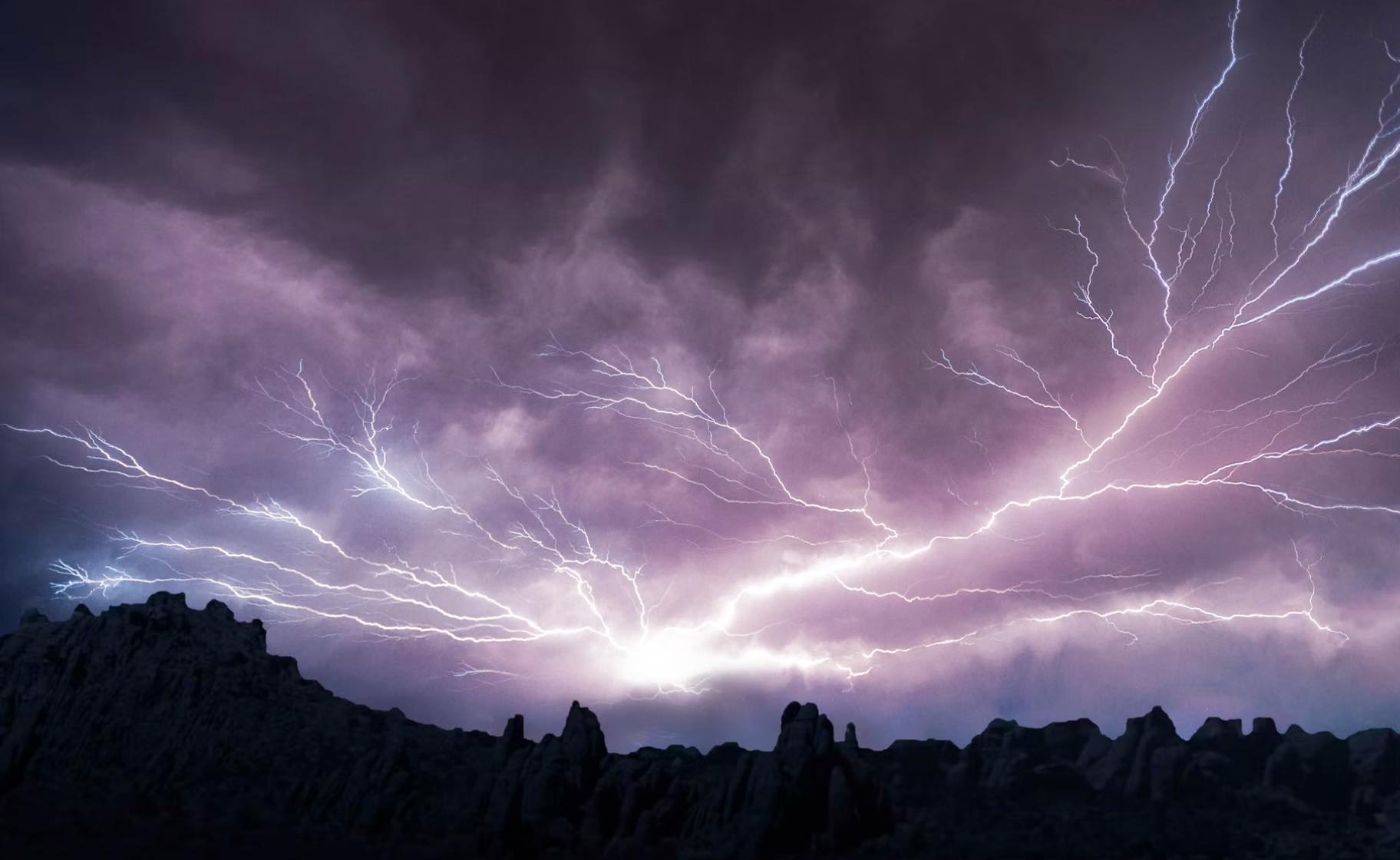 Rare and Unexplained, Scientists May Soon Solve the Mystery of Lightning “Superbolts”

For decades, atmospheric scientists have known of the existence of a rare and mysterious form of lightning, possessing far greater energy than the average natural electrical discharges that occur on Earth. Known as superbolts, these impressive strikes can yield up to 1000 times the strength of normal lighting, and their cause remains unknown.

Despite their mysterious occurrences, scientists have collected a wealth of data about these unusual events throughout the decades, the origins of which date back to the early years of the Cold War and the first use of novel surveillance technologies in Earth’s orbit.

In the late 1950s, at the height of the Cold War, the United States found itself in an unwelcome situation: The Soviet Union had just launched Sputnik 1, the first artificial satellite placed into orbit by humans. The following year on January 31, 1958, America launched Explorer 1, marking the beginning of the Space Age.

During the ensuing years, the proliferation of nuclear weapons between world superpowers made it evident that satellites could be useful in monitoring atomic capabilities from orbit. An outgrowth of this realization was Project Vela, a group of satellites placed in orbit by the United States to scan the globe for nuclear weapons tests in an effort to ensure compliance with the 1963 Partial Test Ban Treaty by the Soviets.

With a modest initial budget, the Vela program began in 1959 and, over the course of the next 26 years, would not only provide economically efficient surveillance technology to the American military but served the dual purpose of collecting scientific data on such things as space radiation. Due to its success, a successor program, the Integrated Operational NuDet (Nuclear Detonation) Detection System (IONDS), continues the pioneering surveillance work that Vela began during the Cold War years.

With their array of optical sensors designed for the specific task of detecting atomic blasts, a quartet of Vela satellites monitored the Earth throughout the 1960s and 70s. Among the scientific data they collected, scientists also noticed the detection of extremely bright, energetic blasts that obviously didn’t emanate from nuclear blasts, providing the earliest evidence of the existence of a rare form of lightning, now called superbolts.

Closing In on What Causes Superbolts

Far more brilliant than average lightning, superbolts occur only once in every two million or so instances where lighting occurs, although they also last longer than average lightning. Vela satellite data began to show that superbolts occurred with the highest frequency over parts of Japan and the northeastern Pacific, especially during the wintertime when the region experiences a large amount of storm activity.

So what precisely causes superbolts to yield so much more power than the average lightning strike?

“That is an open question,” says Jean-François Ripoll, a senior scientist at the Commissariat à l’Energie Atomique (CEA) in Paris, France, who has studied these phenomena for decades. “We know it needs a large charge and electrical field to produce a strong discharge but we don’t know why and what makes it happen and why that strong.”

Ripoll explains that this definition of superbolts based on their energy is derived from a 2019 study, which he says is convenient “because in general and also historically superbolts are defined from their optical power, and we don’t know how to connect the optical power with the lightning energy.” In other words, a majority of the past analysis of superbolts has relied on the strength of the flash they produce (i.e., optical power) rather than their actual energetic potential.

Last year, Ripoll and an international team of researchers coauthored a study that examined the electromagnetic power of superbolts, detected by measurements obtained by Van Allen Probes, as well as ground-based measurements. Ripoll and his coauthors determined that a pair of superbolt events detected both from the ground and from orbit projected “10-1000 times more powerful very low-frequency waves into space than typical strikes… revealing that their extreme nature is observed in space.”

Despite the amount of data scientists like Ripoll have collected, the exact cause and nature of superbolts remains elusive. One of the many unusual qualities related to superbolts has to do with their frequent occurrences over water, which Ripolli says “is more puzzling than bringing answers because most lightning strikes occur over land and in spring or summer. Here it is the opposite. Lightning activity is much weaker in winter.”

Still, studies of the power potential of superbolts and the frequency of their occurrence have begun to shed some light on this peculiar lightning phenomenon. According to Ripoll, the phenomenon also may occur somewhat more frequently than once thought; maybe as much as three superbolts per day worldwide, although this is still far less than normal lightning.

“In comparison, there are six to seven lightning strikes on Earth per second,” Ripoll told The Debrief. “And if you count lightning intraclouds as well, you reach 50 to 70 lightning per second.

Is Your Cat Really Just a Psychopath?

So despite their everyday occurrences, Ripoll says that superbolts “are very rare compared with typical lightning events.”

“In our study,” Ripoll explained, “we show we can track a superbolt’s electromagnetic (EM) power from ground to space over thousands of kilometers. We also show their EM power is much higher than regular lightning; indeed, with a factor 10 to 1000.”

“As we track [superbolts] we deduce many of their properties on the ground and then in space. So,” Ripoll says, “now we think we can spot them from space,” adding that this can be done without the necessity for optical measurements.

However, Ripoll says that unlocking the secrets of superbolts may rely on the technologies that future satellite missions may help facilitate, much as Vela did during the Cold War. Ripoll cites the failed TARANIS (Tool for the Analysis of Radiation from lightning and Sprites) observation satellite, a French Space Agency effort that would have facilitated the study of transient events in Earth’s atmosphere at specific altitudes. Unfortunately, the rocket carrying TARANIS into orbit failed shortly after its launch in late 2020.

Despite the failure of TARANIS, Ripoll remains hopeful as scientists continue to collect valuable data about lightning superbolts. In his view, the key to solving the mystery will likely be found in the combination of electromagnetic measurements with data collected on the light these rare phenomena produce.

“The day we have both EM and optical measurements of superbolts, we should advance even more of our understanding and ability to identify their power on Earth,” Ripoll says.

“That will come with the new satellite missions.”