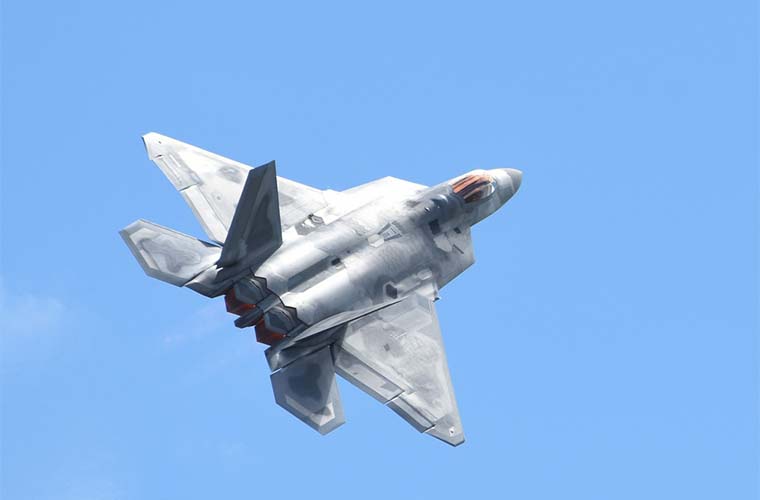 Scientists from China’s National Laboratory of Radar Signal Processing at Xidian University claim to have developed a new mobile “anti-stealth” radar system, small enough that it could be covertly set up virtually anywhere.

Stealth aircraft, such as the U.S. B-2 Spirit bomber or F-25 Lightning II, use complex design philosophies and various technologies to reduce the ability of conventional radars to effectively detect or track them.

In a conflict scenario, stealth aircraft have a greater chance of success in penetrating and suppressing enemy air defenses, ultimately paving the way for non-stealth aircraft to safely operate within denied airspaces.

Currently, China operates a multi-layered air defense, including several long-range early warning “anti-stealth” radar systems, including the SLC-7, Jy-26, and LC-8E. China says these systems can track U.S. stealth aircraft, including the specific claim of tracking a flight of American F-22 Raptors off the Chinese coast in 2013.

“Although the detection accuracy of the radar can be improved by increasing the antenna aperture, it will reduce the mobility and survivability of the radar platform,” scientists noted in a paper published by the Chinese peer-reviewed journal: Modern Radar.

In contrast to these bulky and noticeable systems, scientists from Xidian University say they have developed a smaller, mobile anti-stealth radar that can be easily set up on a rooftop, virtually blending in with its surroundings.

The dual-antenna array allows for the detection of longer, low-frequency radio waves, which designers say increases the system’s ability to detect stealth aircraft to a greater degree than other high-frequency military radar systems.

In light of scientists’ claims, there are reasons to doubt that this new system is indeed capable of being an “anti-stealth” radar.

Using multiple metric wave antennas, referred to as “Multiple Input Multiple Output” (MIMO) radar, as opposed to one large array, is a concept that has been around for over 40 years. However, the gaps between closely grouped MIMO antenna arrays can often cause the system to pick up background “clutter” and produce inaccurate radar returns. Because of this, these radar systems are rarely used in military applications.

The Chinese team says they have compensated for the inherent deficiency of MIMO radar by developing an algorithm capable of discriminating useful signals from strong background noise.

The scientists say another selling point for their device is its use of the domestically produced “HunXin-1” high-performance processor. The coin-sized HunXin-1 is widely used in various Chinese technologies and is an older computer processor, meaning it wouldn’t be impacted by U.S. sanctions.

Are Transdermal Patches The Future of Medicinal Magic Mushrooms?

Researchers note that the covert “anti-stealth” radar was highly successful in tracking civilian aircraft during testing. However, there is no indication that the system was tested against aircraft attempting to evade detection, such as China’s claimed fifth-generation stealth fighter, the J-20 “Mighty Dragon.”

Ultimately, the new design appears to be more of an early proof-of-concept than an actual functional anti-stealth radar. Whether or not it will ever become operational remains to be seen.

China has previously claimed to have developed a quantum radar system that effectively renders stealth technology obsolete. However, many scientists and defense analysts have called this a “bluff,” saying technical hurdles and inherent physics flaws suggest quantum radar “will never be deployed for long-range uses such as tracking airplanes.”

“I am convinced that when they [China] announced their quantum radar, it was not working,” said Fabrice Boust, a physicist at France’s aerospace agency, ONERA, who specializes in radar. “But they knew they would get a reaction.”