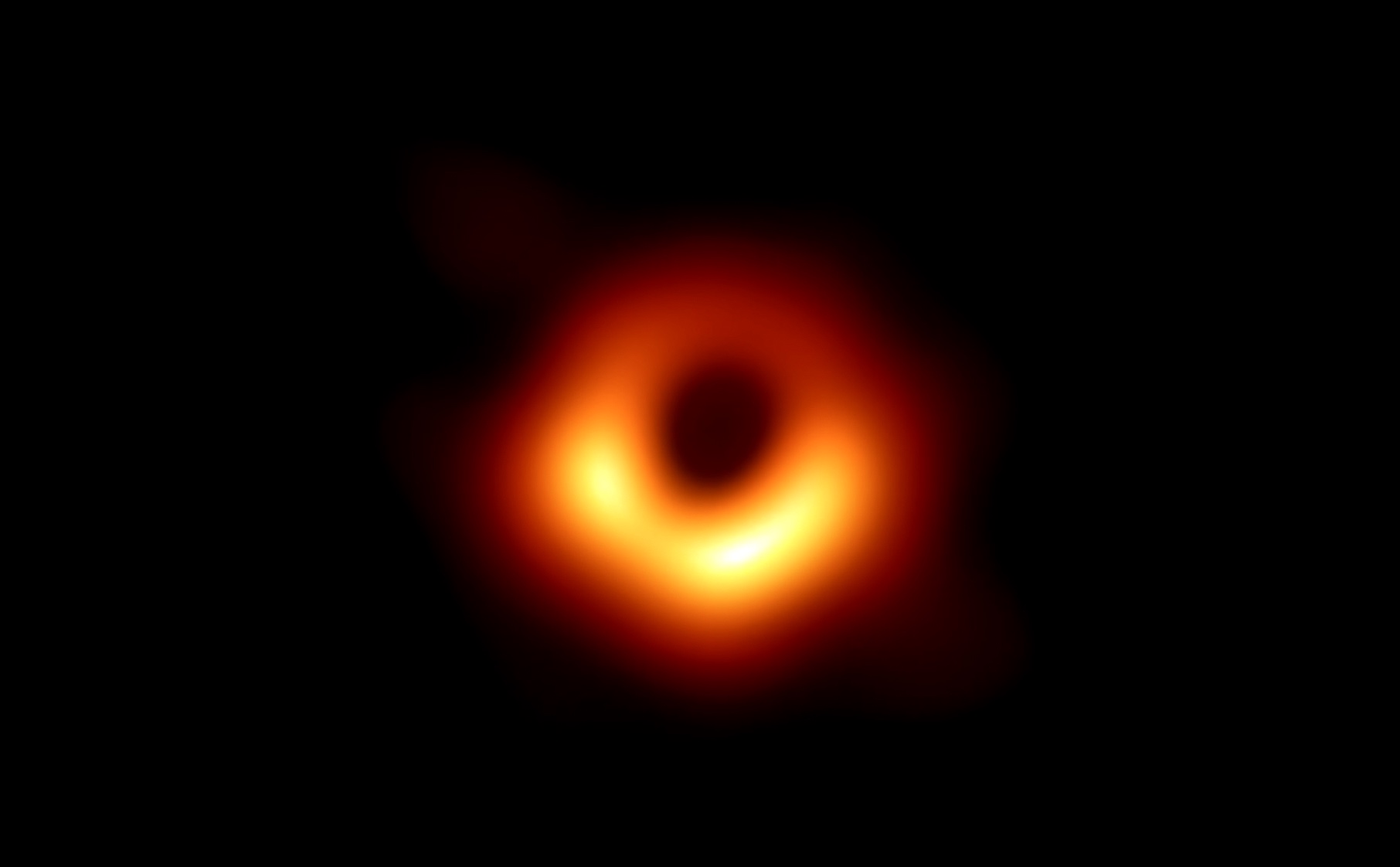 Hidden Beyond the Edge of a Black Hole, a Curious Ring of Light Has Been Detected in a Supergiant Galaxy

From within a supergiant elliptical galaxy located in the constellation Virgo, in 2019, the world was given its first glimpse of a massive black hole at the heart of Messier 87, one of the largest galaxies in our local universe.

One of the most remarkable images ever produced in physics, a fiery golden ring encircling the dark remnants of the collapsed former star—almost reminiscent of the flaming eye of Sauron depicted in Peter Jackson’s Lord of the Rings films—finally presented astrophysicists with an idea of how a black hole might actually look.

Since light is unable to escape the event horizon, these images weren’t an actual photograph of a black hole but a representation based on data that conveys glowing gas in orbit around it, captured by the Event Horizon Telescope (EHT) array. Since the images were revealed, scientists have anticipated that more data might be forthcoming, revealing even greater details about the dark, distant singularity.

Early on, simulations had already predicted that photons captured by the extreme gravity of the black hole would be spun around behind it, giving rise to an additional ringlike formation comprised of light unable to escape its incredible mass.

Now, astrophysicist Avery Broderick with Perimeter Institute and the University of Waterloo, along with an international research team, says they have “remastered” the groundbreaking 2019 images, revealing new details from within the data that produced the world’s first clear view of a black hole.

In a recent statement, Broderick likened his team’s efforts to that of shutting off a bright searchlight to reveal the light of hundreds of fireflies, whose faint light would otherwise remain hidden. The result, according to Broderick and the recent paper’s authors, represents “the first in an infinite series of so-called ‘photon rings’ around the supermassive black hole M87.”

In their recent research, Broderick and his team were able to provide measurements of gravitationally lensed secondary imagery, which relies on the way a distant light source is bent on account of the presence of matter in our universe as it travels toward an observer.

“The most striking feature of any gravitationally lensed object is the possibility for more than one image,” Broderick told The Debrief in an email, which he said is “associated with light that was launched in some direction other than toward us, that is bent around the mass by gravity to our line of sight.”

For the emissions around black holes, Broderick says this process is even greater, effectively becoming “supercharged.”

“The ‘primary’ image is associated with the radio waves that left the emission region,” Broderick told The Debrief, “and came (nearly) directly to Earth.”

“The ‘secondary’ image is associated with those radio waves that start propagating away from Earth, but subsequently have their trajectories bent by the black hole’s extreme gravity, and are redirected toward us after completing a half-orbit.”

Along with the primary and secondary images, Broderick explained that a third “tertiary” image was obtained through radio waves that make a complete orbit prior to reaching Earth, which he likened to a “gravitational infinity mirror.”

“There is an infinite sequence of such images, though only the first two (primary and secondary) are bright enough for EHT to disentangle,” Broderick said.

According to the paper, the observed photon ring remained constant in appearance and size over a week-long period in data collected by the EHT array back in 2017. This, according to the researchers, is “consistent with theoretical expectations, providing clear evidence that such measurements probe spacetime and a striking confirmation of the models underlying the first set of EHT results.”

Significantly, the research team was also able to detect what appeared to be an extension of the ring oriented to the southwest, indicating the presence of a jet, characterized as “rapidly rotating in the clockwise direction.” Broderick and his team believe these observations support the presence of a black hole spin-driven outflow, a proposed means for the extraction of energy out of a rotating black hole first proposed by astrophysicists Roger Blandford and Roman Znajek in 1977.

Additionally, the team’s observations of the photon ring around the black hole led them to revise previous calculations about the mass of M87.

“We present three revised estimates for the mass of M87 based on identifying the modeled thin ring component with the bright ringlike features seen in simulated images,” the paper’s authors wrote, who further noted that one of these appears “only weakly sensitive to the astrophysics of the emission region.”

“All three estimates agree with each other and previously reported values,” the researchers wrote.

In correspondence with Broderick, he elaborated on the uncertainties of the physical environment that he and his research team had to overcome in order to reach their calculations.

“The largest uncertainty in the M87 mass was systematic: the relationship between the diffuse ring (dominated by the primary image) and the shadow edge,” Broderick told The Debrief.

“This relationship is fundamentally dependent on the imperfectly known astrophysical environment, what the plasma and magnetic fields are doing near the black hole, and is therefore led to a ~10% range of potential masses.”

“However,” he added, “the secondary image, the narrow ring, is much less dependent on the astrophysics and more indicative of the gravitational physics. That is, the narrow ring provides a fingerprint of gravity, from which we can read the mass far more clearly.”

Employing unique algorithms that allowed Broderick and his team to isolate certain data in the existing EHT data, the researchers were able to remove layers of information that allowed the distinct, ring-like array of photons to be made visible. The results appear to confirm several predictions about the black holes and theoretical models that have been devised about them over the decades, while relying on this very same information to help detect the “hidden” photons in question.

Dominic Pesce, part of the research team and a member of Harvard’s Black Hole Initiative, said the approach the team took “involved leveraging our theoretical understanding of how these black holes look to build a customized model for the EHT data.”

According to Pesce, the resulting model “decomposes the reconstructed image into the two pieces that we care most about, so we can study both pieces individually rather than blended together.”

For Broderick, the new information is just one more example of the kinds of unique imagery researchers will be able to produce in the years ahead based on the vital data collected by the EHT array.

“Cutting-edge algorithmic developments have allowed us to probe key features of the image while rendering the remainder in the EHT’s native resolution,” Broderick said in a statement.

“We have been able to do something profound,” Broderick says. “To resolve a fundamental signature of gravity around a black hole.”

The team’s paper, “The Photon Ring in M87,” was published in The Astrophysical Journal, and can be read online.