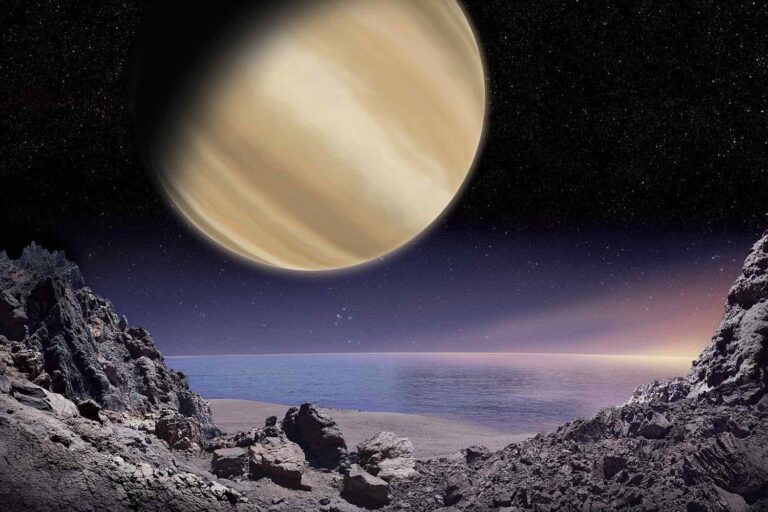 Planets tilted on their axis—like Earth—are more capable of evolving complex life, according to new NASA-funded research which was presented at the Goldschmidt Geochemistry Conference.

“Our study provides insight into the planetary scenarios that favor oxygenation of surface environments and the development of habitats suitable for advanced life — both on ancient Earth and on distant exoplanets,” said Dr Stephanie Olson, lead researcher, in an email to The Debrief. “This work may help us understand our own origins and to prioritize exoplanets for life detection efforts.”

Background: The Search for Life in Outer Space

Since scientists first discovered exoplanets orbiting distant stars in 1992, they have been searching for signs of life in outer space. To even sustain basic life, exoplanets need liquid water, meaning that they need to be at just the right distance from their host stars, known as the ‘Goldilocks Zone’.

While water can sustain basic life, it isn’t enough to support more advanced organisms. For that to happen, there needs to be atmospheric oxygen available as well.

“There are several factors to consider in looking for life on another planet. The planet needs to be the right distance from its star to allow liquid water and have the chemical ingredients for the origin of life. But not all oceans will be great hosts for life as we know it, and an even smaller subset will have suitable habitats for life to progress towards animal-grade complexity,” said Dr Olson.

Oxygen is critical for respiration, and although basic lifeforms can produce limited amounts of oxygen like they did on Early Earth, this is not enough for more complex life forms like the plants and animals that proliferate today.

Analysis: What about the tilt?

In this study, scientists created a sophisticated model of the conditions required for life on Earth to produce oxygen.

“The model allows us to change things such as day length, the amount of atmosphere, or the distribution of land to see how marine environments and the oxygen-producing life in the oceans respond,” said Dr Olson.

The researchers found that three factors in particular could have raised oxygen production: increasing day length, higher surface pressure, and the formation of continents. These factors influence ocean circulation patterns and associated nutrient transport, both of which contributed to Earth’s oxygenation.

But the most interesting result came when they modeled ‘orbital obliquity’— how the planets tilted as they circles their star. Megan Barnett, a graduate student from the University of Chicago involved in the research, said, “Greater tilting increased photosynthetic oxygen production in the ocean in our model, in part by increasing the efficiency with which biological ingredients are recycled. The effect was similar to doubling the amount of nutrients that sustain life.”

Earth’s sphere tilts on its axis at an angle of 23.5 degrees, which lends the planet its seasonality. This is a modest tilt, compared to Uranus with its 98 degree tilt. “For comparison, the Leaning Tower of Pisa tilts at around 4 degrees, so planetary tilts can be quite substantial”, said Barnett.

However, Earth’s modest tilt is perfect for the proliferation of life. Dr Olson told The Debrief that “[the] modest tilt of a planet on its axis may increase the likelihood that it develops oxygenated atmospheres that could serve as beacons of microbial life and fuel the metabolisms of large organisms.”

Mind the Gap: A Lesson in Cosmic Stoicism

The research on planet tilts will play an important role in NASA’s Exoplanet Exploration Program, searching for life beyond our solar system. However, it is not done.

Dr Olson said, “An important next step is exploring the potential for abiotic oxygen accumulation on high obliquity planets — that is, oxygen that is not produced by life — and whether we might trick ourselves into thinking we’ve found life on tilted worlds.”