The Strange Case of the ODNI’s Missing UAP Report 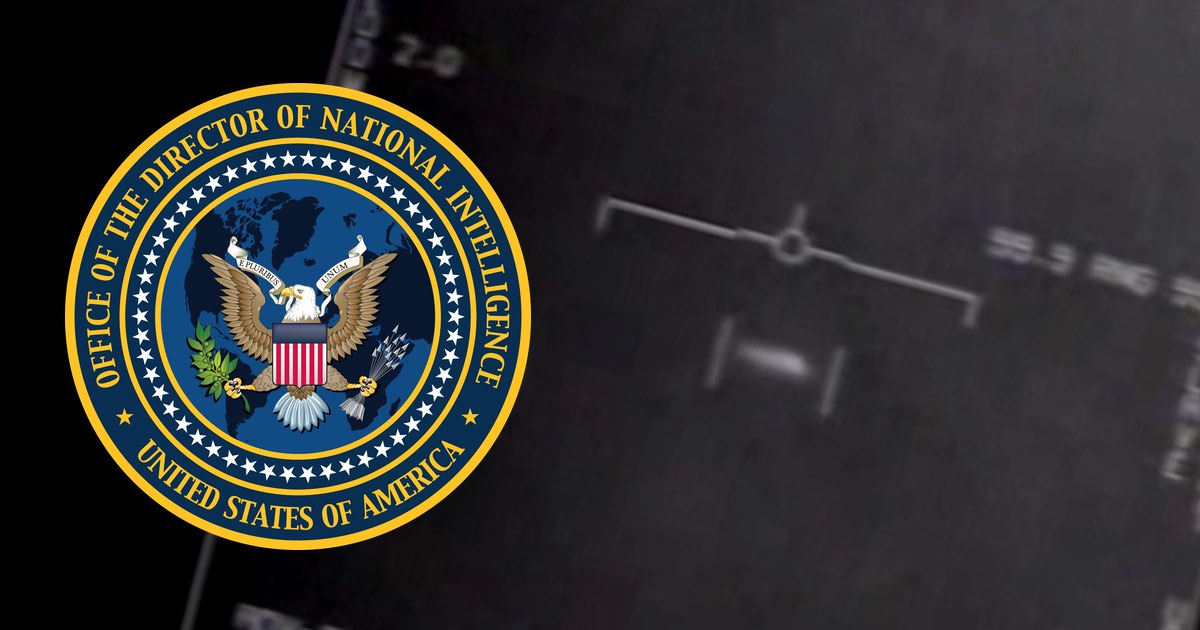 Welcome to this Thanksgiving holiday installment of The Intelligence Brief… today, as Americans gather around the table to give thanks and enjoy turkey and dressing, many are wondering about the status of a report on unidentified aerial phenomena scheduled to be delivered to Congress back around Halloween. This week, we’ll be looking at 1) the latest on why the report appears to be missing, 2) what Pentagon and ODNI officials told The Debrief about the report earlier this month, and 3) what spokespeople with the DOD have had to say about the missing report as recently as this week.

Before we get into things, a few of the stories we’ve been covering this week at The Debrief include a new Brain Machine Interface (BMI) that allows tetraplegic people to drive their wheelchairs using only the power of their minds. Elsewhere, astronomers say an asteroid impact in Canada near the shores of Lake Erie could provide a rich source of information for future studies. Also, a new study that used measurements of cosmic phenomena suggests the theory of gravity proposed by Albert Einstein may actually be wrong.

Meanwhile, in video news, be sure to check out the most recent episode of Rebelliously Curious with Chrissy Newton, where she speaks with Dr. Robin D Hanson, an associate professor of economics at George Mason University and a research associate at the Future of Humanity Institute of Oxford University. Hanson joins us to discuss his “Grabby Alien theory,” along with his thoughts on UAP and related issues. And as always, you can find links to all of our recent stories at the end of this week’s newsletter.

With all that out of the way, it’s time that we turn our attention toward the mystery surrounding the latest installment of the Pentagon’s UAP assessments… and why the newest UAP report is now more than three weeks late on arrival.

The Case of the Missing ODNI UAP Report

Late last month, the second in an ongoing series of reports on the Pentagon’s assessments of unidentified aerial phenomena (UAP) was expected to arrive. The 2022 National Defense Authorization Act (NDAA) mandated that the report be delivered to Congress by October 31, followed by an unclassified version of the briefing made available to the public thereafter.

“Director of National Intelligence Avril Haines has until Monday to provide Congress with its first annual unclassified update on Unexplained Aerial Phenomena,” ABC News reported, adding that the forthcoming report was expected to detail “all new UAP incidents over the past year and any previously unreported incidents.”

As Halloween came and went, it was evident that the new report would be late on arrival. With little doubt, the ODNI website received a significant amount of traffic as watchful UAP proponents kept an eye on the site’s Newsroom page where its Reports and Publications appear online. Yet despite copious amounts of page refreshes, the report never arrived.

Now, more than three weeks after its expected deadline, we’re still waiting… and based on the latest assessments of the situation, it seems that the UAP report hasn’t even made its way to Congress yet.

Word Arrives From the Pentagon

Back in early November, The Debrief checked in with the Pentagon on the status of the missing UAP report, receiving a response from Pentagon spokesperson Sue Gough with Defense Press Operations, who told us that the DOD would not comment on the report prior to its delivery to Congress. At the time, this had been the first indication we had received directly—or seen anywhere else, for that matter—that the report hadn’t even been delivered to Congress yet.

Gough provided us with the following additional information regarding the DOD’s perspectives on UAP:

“There is no single explanation that addresses the majority of UAP reports. We are collecting as much data as we can, following the data where it leads, and will share our findings whenever possible. We will not rush to conclusions in our analysis. In many cases, observed phenomena are classified as ‘unidentified’ simply because sensors were not able to collect enough information to make a positive attribution. We are working to mitigate these shortfalls for the future and to ensure we have sufficient data for our analysis.

“DoD takes public interest in UAP seriously,” Gough concluded, “and is committed to the principles of openness and accountability to the American people which it must balance with its obligation to protect sensitive information, sources and methods.”

As a follow-up to the statement from the Pentagon, I also reached out to the Office of the Director of National Intelligence but was told by an ODNI spokesperson that they had no additional guidance at this time.

So What is the Status of the Report?

In a letter to John Greenewald of The Black Vault on November 14, the ODNI again confirmed that the report had still not been provided to Congress. Then earlier this week on November 22, Deputy Pentagon Press Secretary Sabrina Singh held a press briefing while Patrick S. Ryder, Press Secretary for the DoD since August, was traveling in Cambodia. During the briefing, Nextgov defense technology correspondent Brandi Vincent also queried Singh on the missing ODNI UAP report.

“Just checking in on this,” Vincent said. “The NDAA for 2022 required reports from the Pentagon on unidentified aerial phenomena starting October 31 of this year and then annually until 2026 after, delivered to appropriate congressional committees. Do you have an update for us on that report, whether we will see an unclassified version soon… anything there?”

“I don’t have an update on the report,” Singh told Vincent. “I believe it’s still with ODNI for review. Until we get that out, I wouldn’t be able to… to…  I don’t have anything for you at this time.”

Politics in Orbit: Russia and the Future of the International Space Station

“As far as you know it hasn’t been delivered to the committees?” Vincent asked.

“As far as I’m aware, but you would have to ask those committees,” Singh replied.

Based on Singh’s statements during Tuesday’s briefing, all indications appear to be that the UAP report still has not been delivered to Congress. So what’s the holdup?

In its November 14 correspondence with Greenewald, Gregory Koch, the ODNI FOIA Public Liaison with the ODNI’s Information Management Office, stated that “we expect the final report to be provided in short order,” although there still appears to be little or no movement on the issue.

Obviously, Thanksgiving holiday celebrations have likely helped to further impede the report’s delivery; at this point, it seems unclear whether Congress will receive the classified version before month’s end. So while there will be little new information about the government’s ongoing assessments on UAP to discuss around the table with family and friends this Thanksgiving holiday, with any luck, the report’s late delivery may end up making a nice stocking stuffer in advance of the next holiday celebration… that is, if we’re lucky enough to see anything from the ODNI before Christmas.