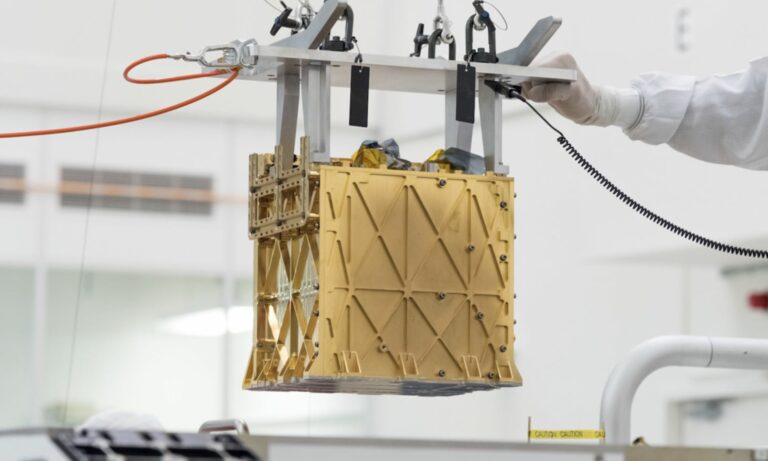 At a distance of around 80 million miles from Earth, Earth’s planetary neighbor Mars has become the latest target for future space missions. While some like Elon Musk hope to terraform the planet and make it suitable for long-term living, others are looking at the prospects of what shorter mission lengths could yield.

“The mission is likely to be a year and a half, ” says Dr. Michael Hecht, the Associate Director at MIT’s Haystack Observatory and a Project Manager for JPL’s Mars Environmental Compatibility Assessment (MECA). With the challenges presented by exploring the Red Planet, many researchers are trying to find ways to make Mars more habitable, with one of the biggest focuses being to develop a method to produce oxygen there.

In a new paper published in Science Advances, Hecht and other scientists from MIT have announced the development of the Mars Oxygen In-Situ Resource Utilization Experiment (MOXIE) to create oxygen from the carbon dioxide in the atmosphere, which they say can be done with a device the size of a car battery.

Background: The Weight of Oxygen

Oxygen is ever present in our atmosphere, and it’s easy to think it would be easy to either bring along for space travel. However, having enough oxygen to facilitate both air for breathing and fuel calls for tons of Oxgyen, all of which must be loaded and stored. This can quickly add a lot of extra weight to a payload.

“It’s a lot more than you think,” Hecht told The Debrief in an interview. “To give you an example, if you were to burn a log that weighs a pound in your fireplace, you would be burning maybe four or five pounds of oxygen.” Not surprisingly, the weight of oxygen needed for a rocket to launch is significantly higher.

“The rocket, for its five or six minutes of firing, will use more like 27 or 28 tons,” Hecht explains. Because of this staggering amount of oxygen needed for successful space travel, many researchers are trying to find ways to minimize this need by producing oxygen right on Mars, using resources that the planet already has.

While Mars’ atmosphere is very thin, it contains a high percentage of carbon dioxide. Hecht and his colleagues at MIT saw carbon dioxide as a pathway to produce oxygen; taking this idea with them into production, MOXIE was designed to use electricity to split carbon dioxide into carbon monoxide and oxygen.

“People that think about chemistry, the words ‘carbon dioxide’ tells you there’s carbon and two oxygens in every molecule,” Hecht says. “So why not take both oxygens? Well, we don’t want to make carbon because it gums up the works and makes the instrument stop working.” While the current methods employed with MOXIE remove carbon monoxide as a waste product, Hecht hopes in the future that it can be repurposed for fuel production.

MOXIE is currently at work on Mars as part of NASA’s Perseverance rover mission, and as its engineering team looks to the future, one of their aims will be to see how MOXIE’s capabilities might be useful in a variety of future missions.  Hecht believes that the next steps after successfully producing oxygen on the red planet will be to harvest the planet’s water in the form of ice.

How to Survive a Nuclear War: Study Reveals the Safest Places to Wait Out the Conflict

“Then you can combine the ability to process carbon dioxide from the air with water, which as you know is dihydrogen oxide, and make more complicated chemicals starting with methane for fuel,” Hecht says. “But moving on from there to all sorts of useful chemical plants.”

Hecht and his colleagues are hopeful that their efforts with MOXIE are just the beginning of a journey that will eventually bring us to the red planet. As for what MOXIE might be capable of producing for prospective Mars colonists of the future, there are a lot of possibilities.

“It’s hard to envision it, but it could be anything from wax to vodka,” Hecht says. “I mean, who knows?”