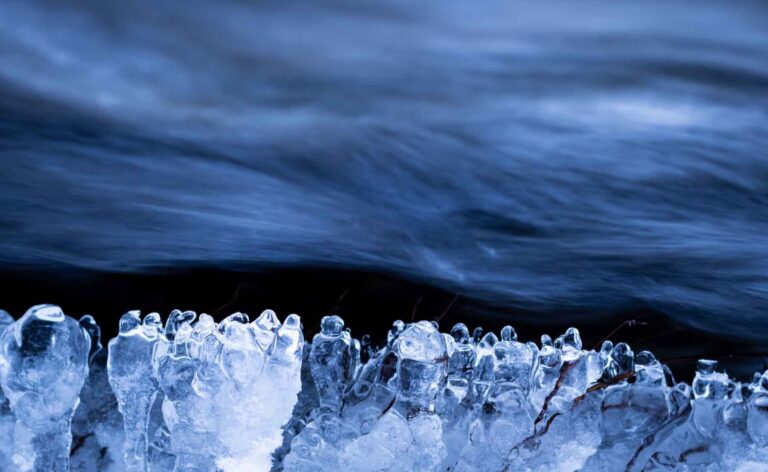 Europa, the sixth closest of the Galilean moons orbiting Jupiter, has been of special interest to scientists since its discovery for having what may be the best conditions for life. However, the planet’s icy exterior makes it tricky to determine whether it could be a host to living organisms.

Now, researchers from the University of Texas at Austin believe they have revealed what conditions could exist beneath Europa’s ice sheet, with implications that may help NASA to better prepare for its forthcoming Europa Clipper Mission.

Background: What is Underwater Snow?

Researchers at the University of Texas at Austin believe that under Europa’s thick layer of ice is a layer of what they liken to underwater snow. This bizarre formation has been known to happen underneath ice shelves on Earth, and the researchers postulate that the same is true for Europa. According to lead author and graduate student Natalie Wolfenbarger, the creation of underwater snow is far from straightforward.

“The start of the process actually involves melting,” said Wolfenbarger. “Deeper ice melts and forms water that is less dense than ocean water. Because it is less dense, it wants to ‘float’ upward along the ice-ocean interface.”

“Since the meltwater is moving from a deeper depth (higher pressure) to a shallower depth (lower pressure), the water becomes supercooled,” which Wolfenbarger says essentially means “that even though the temperature and pressure are such that the meltwater should freeze, it remains a liquid.”

“If conditions are right,” Wolfenbarger adds, “ice crystals start to form in the supercooled water, which eventually float and collect under the ice shell.”

This creates the layer of underwater snow, which is much purer than other ice layers, allowing a more pristine specimen to be retrieved for future analysis. The purity of the underwater snow also suggests that Europa’s sea could be less salty than previously thought, which may be an indicator of better possibilities that life could be found there.

Having a better understanding of what is underneath the ice sheet can help NASA design a safer and more effective mission for the Europa Clipper. The spacecraft will use radar to look under the ice sheet. This study can also help NASA better model the planet’s surface, giving a higher chance of a successful mission for the Clipper.

“By understanding how salt is trapped in ice, we can build models that tell us what the saltiness of the ice shell should be for a particular ocean,” Wolfenbarger explains. “This is important for the REASON ice-penetrating radar on the Europa Clipper because salts can affect how the radar signal passes through the ice.”

“When we build these models, it will help us interpret our radar data to determine whether we’re seeing liquid water or something else,” Wolfenbarger adds.

While the Europa Clipper doesn’t launch for another two years, this study is already helping to shift how scientists may think about the seas present on the Jovian moon.

“This paper is opening up a whole new batch of possibilities for thinking about ocean worlds and how they work,” NASA Jet Propulsion Laboratory (JPL) research scientist Steve Vance said. “It sets the stage for how we might prepare for Europa Clipper’s analysis of the ice.”