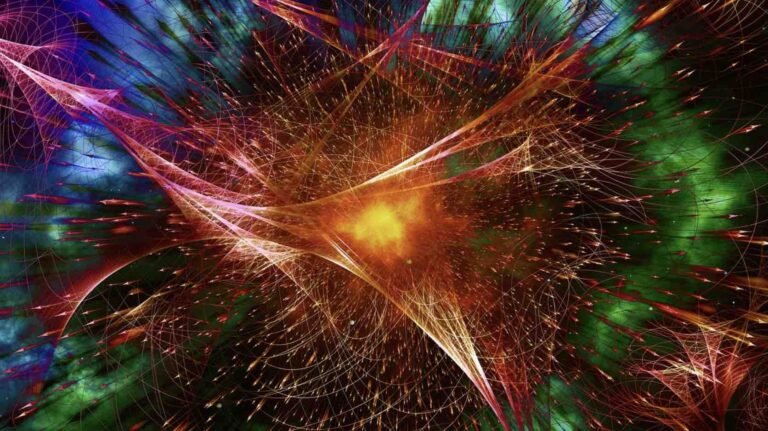 A team of physicists says they have proven a 70-year-old quantum theory where something can be created out of nothing.

An experiment designed to study the flow of “low valence” electrons accidentally succeeded in producing an analog of particle-antiparticle pairs where nothing had previously existed, using only an electric field and the nearly magical properties of the 2-D material graphene. The experiment was performed in January by a research team working at the University of Machester.

Previous theories held that such a process could only take place in ultra-high energy environments like the vicinity of a black hole or the center of a neutron star. However, the latest breakthrough was performed using standard lab equipment.

Schwinger Effect Theorized over 50 Years Ago

In physics, there are situations where individual particles can be manipulated to create additional particles seemingly from nothing. For example, if you take a quantum particle known as a meson and try to rip away its quark, a brand new set of particle-antiparticle pairs will emerge between them from the nothingness of empty space. Still, this situation involves starting with something–a meson–and creating more ‘somethings’ from it.

But back in 1951, Julian Schwinger, one of the founders of quantum electrodynamics and a 1964 Nobel Prize-winning physicist, suggested that creating matter from empty space should be possible, even if there is nothing there to begin with, as long as you perturb that empty space with a strong enough electric field. Since then, this completely theoretical concept has been known simply as the Schwinger effect. Now, a team of researchers has shown this effect is real by essentially creating something out of pure nothingness.

Nothing from Nothing Means Nothing. Unless You Have A Powerful Electric Field

“In the Universe we inhabit, it’s truly impossible to create “nothing” in any sort of satisfactory way. Everything that exists, down at a fundamental level, can be decomposed into individual entities — quanta — that cannot be broken down further,” writes Ethan Siegel from Big Think, explaining the fundamentals of the recent physics breakthrough. “These elementary particles include quarks, electrons, the electron’s heavier cousins (muons and taus), neutrinos, as well as all of their antimatter counterparts, plus photons, gluons, and the heavy bosons: the W+, W-, Z0, and the Higgs. If you take all of them away, however, the “empty space” that remains isn’t quite empty in many physical senses.”

What remains is the quantum field, the general background energy that permeates the entire universe (cue Star Wars “the force” music!) In Schwinger’s theory, if you apply a massive enough electrical field to a region of space that is completely empty, that space’s quantum field will seize some of this electrical energy and create particle-antiparticle pairs from nothingness.

Back in January, University of Manchester scientists were working on the conduction of “valence electrons,” essentially trying to get all classes of electrons to join the flow by tinkering with graphene, a material that is effectively two-dimensional in nature. This unique structure helps this type of experiment by limiting the routes elementary particles like electrons can take, hopefully resulting in an essentially uniform flow of electrons if the right amount of electrical energy is pumped into the system. However, once the team actually started their experiments, something unexpected happened.

“They filled their simulated vacuum with electrons and accelerated them to the maximum velocity allowed by graphene’s vacuum, which is 1/300 of the speed of light,” a recent University of Manchester release explains. “At this point, something seemingly impossible happened: electrons seemed to become superluminous, providing an electric current higher than allowed by general rules of quantum condensed matter physics. The origin of this effect was explained as spontaneous generation of additional charge carriers (holes).”

As noted, this result was a somewhat unexpected one: the creation of an analog of electron-positron pairs where previously there had only existed empty space. In effect, this laboratory-level electric field was powerful enough to create an actual something out of pure nothing.

“Key signatures of the out-of-equilibrium state are current-voltage characteristics that resemble those of superconductors, sharp peaks in differential resistance, sign reversal of the Hall Effect, and a marked anomaly caused by the Schwinger-like production of hot electron-hole plasma,” the researchers wrote in their published paper.

As it turns out, that anomalous electron-hole plasma is a perfect analog to the particle-antiparticle pair predicted by Schwinger. So in effect, even using a low-powered electric field (at least compared to the center of a black hole or a neutron star), the team accidentally proved the Schwinger effect, making something where before there had essentially been nothing.

“When we first saw the spectacular characteristics of our superlattice devices, we thought ‘wow … it could be some sort of new superconductivity’,” explained Dr. Roshan Krishna Kumar, one of the co-authors of the paper. “Although the response closely resembles those routinely observed in superconductors, we soon found that the puzzling behavior was not superconductivity but rather something in the domain of astrophysics and particle physics.”

That something, in this case, was a result of the Schwinger effect.

“It is curious to see such parallels between distant disciplines,” Kumar added.

“People usually study electronic properties using tiny electric fields that allows easier analysis and theoretical description,” said the paper’s first author Dr. Alexey Berduygin, a post-doctoral researcher from The University of Manchester. “We decided to push the strength of electric fields as much as possible using different experimental tricks not to burn our devices.”

Dr. Na Xin, the paper’s co-lead author, said this was an unexpected but pleasant surprise, given the risks of pushing their equipment to such extremes.

“We just wondered what could happen at this extreme,” said Xin. “To our surprise, it was the Schwinger effect rather than smoke coming out of our set-up.”

Something is Still Better than Nothing

The researchers note that their experiments were low enough in energy that the creation of a true electron-positron pairing was still out of reach. But, they say, the analog plasma “hole” created is proof that the Schwinger effect is real, and that given enough energy, material particles can be created out of pure nothingness.

So, it may be a long time before lab equipment large enough to create matter from nothingness brings things like food replicators or matter-energy transporters to reality. But given the results of the experiments by the Manchester team, the idea of making something out of nothing has been officially proven.

“With electrons and positrons (or “holes”) being created out of literally nothing, just ripped out of the quantum vacuum by electric fields themselves, it’s yet another way that the Universe demonstrates the seemingly impossible,” Siegel says.

“We really can make something from absolutely nothing!”