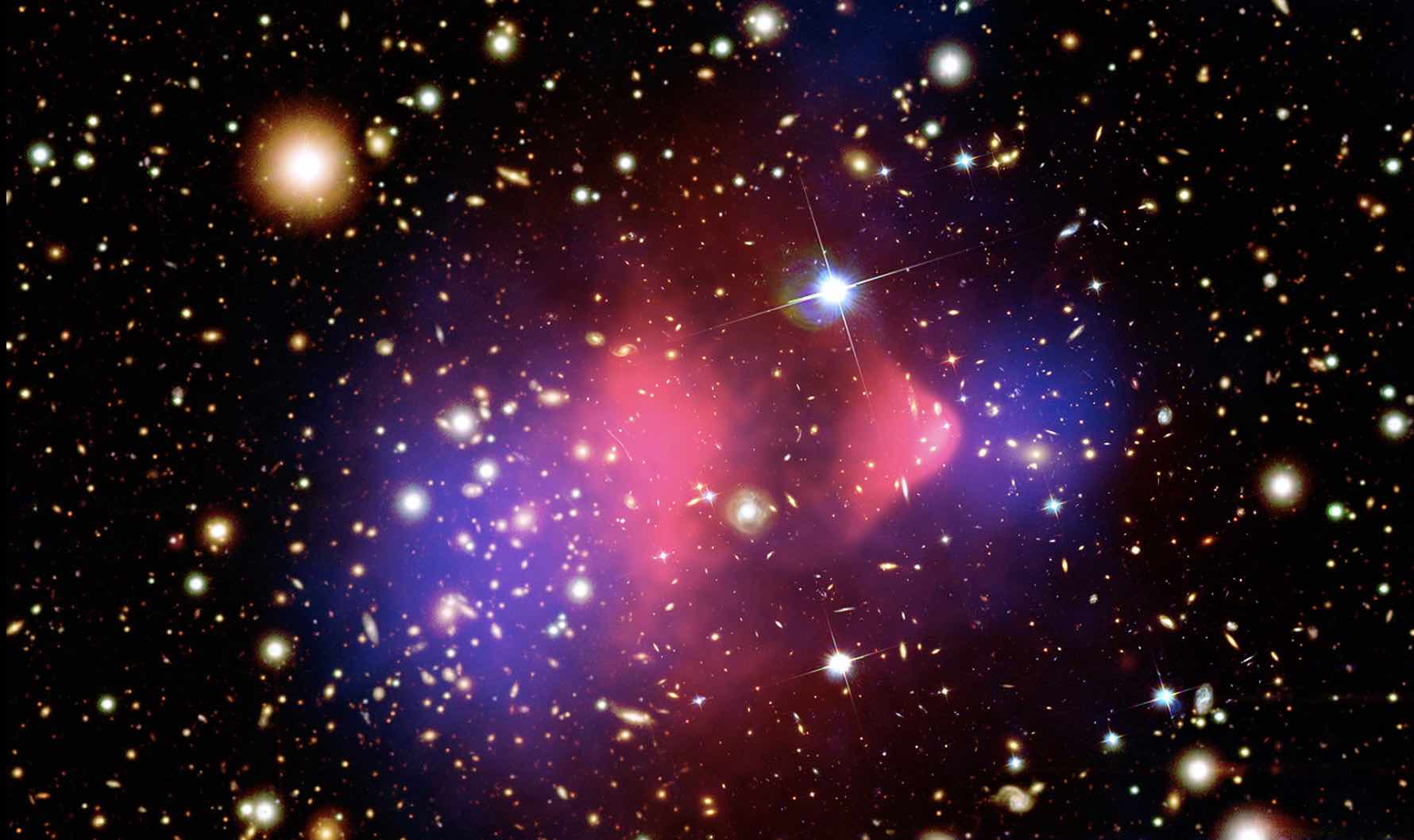 Recent data from the Hubble Space Telescope hints that dark matter, an abundant, but ever-elusive material suspected of populating our universe, may actually be composed of what physicists called dark photons.

Although purely theoretical in nature, dark photons could account for the missing matter that contributes to an ever-expanding universe while simultaneously explaining the discrepancy between simulations of the universe and information collected by Hubble. If proven true, the new theory could finally answer a mystery that has stymied physicists and cosmologists for decades.

In the vast range of empty space between galaxies lies a network of filaments cosmologists refer to as the cosmic web. Physicists believe that this “dark matter” dictates the structure of the universe on the grandest of scales.

An instrument on the Hubble Space Telescope known as the Cosmic Origin Spectrograph (COS) has been able to measure the temperature of this cosmic web with surprising accuracy. However, those real-world measurements don’t align with the predicted temperature made in computer simulations of the origin of the universe. The actual readings are significantly hotter, leading researchers to try to sort out the cause of this discrepancy.

Now, a research team from the Scuola Internazionale Superiore di Studi Avanzati (SISSA), working in collaboration with researchers from Tel Aviv, Nottingham, and New York Universities, has postulated that a theoretical particle known as a dark photon may hold the answer.

“Usually, cosmic filaments have been used to probe small-scale properties of dark matter, while in this case, we have used for the first time the low redshift intergalactic medium data as a calorimeter, to check whether all the heating processes we are aware of are sufficient to reproduce the data,” explains Matteo Viel from SISSA. “We found that this is not the case: there is something missing that we model as a contribution produced by the dark photon.”

Published in the journal Physical Review Letters, the new theory says that dark photons may be left over from the big bang, and their radiated heat could explain the difference between the simulated temperatures of the cosmic web and the measurements taken by Hubble’s COS.

“Dark photons are hypothetical new particles that are the force carriers for a new force in the dark sector, much like how the photon is the force carrier for electromagnetism,” the authors write. “Unlike the photon, however, they can have mass. In particular, the ultralight dark photon—with a mass as small as twenty orders of magnitude less than that of the electron—is a good candidate for dark matter.”

The researchers explain that these theoretical dark photons should mix with various types of neutrinos, a process that would allow this “ultralight” dark photon dark matter to be converted into something called low-frequency photons. These new low-frequency photons would, in turn, heat up the cosmic web, accounting for the temperature discrepancy. And the press release announcing the theory notes that “unlike other heating mechanisms, based on astrophysical processes, such as star formation and galactic winds, this heating process is more diffuse and efficient also in regions that are not very dense.”

The researchers involved note that theirs is just one of many theories attempting to explain the nature of dark matter. However, the most exciting aspect of their work is how much the energy predicted from the dark photon matches with the experimental data from Hubble.

The team expects future experimental data could either confirm or deny their theory, although they note that “Since dark photons would be able to convert into low-frequency photons and heat up the cosmic structures, they could well explain the experimental information.”