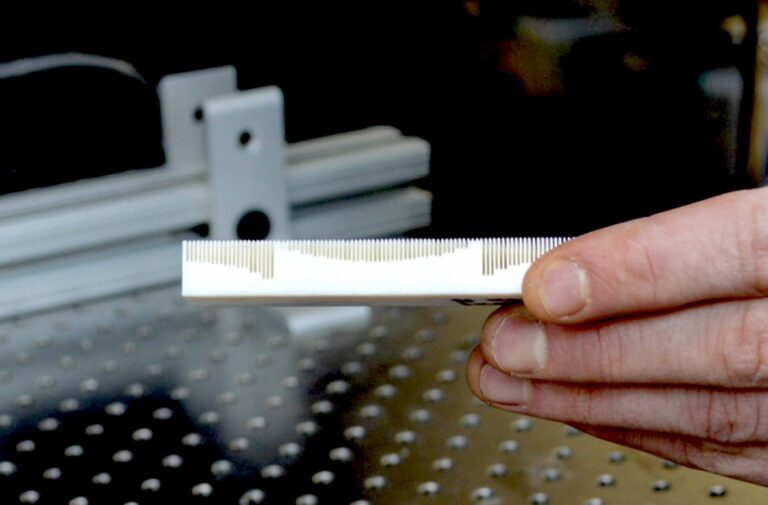 A novel method of moving large objects using only sound waves has been developed by a team of researchers, through an innovative process that involves coating the targeted object with metamaterials.

Previous research involving acoustic levitation showed that sound waves could be used to manipulate objects without actually touching them, but those methods were limited to objects smaller than the soundwaves themselves. The new method appears to have solved that “sound barrier” by using metamaterials to capture the force of those soundwaves regardless of the object’s size.

The researchers behind the potentially revolutionary contactless actuation process say their work could have implications on guided drug delivery, robotic surgery, manufacturing, and even long-range actuation and propulsion in space.

Last year, The Debrief reported on a novel method designed to manipulate objects without touching them by employing the force of sound waves. Since then, new research has expanded on that work. Only days ago, The Debrief reported how a team from the University of Technology Sydney (UTS) and the University of New South Wales (UNSW) had further refined the manipulation of tiny particles using ultrasonic waves, potentially opening up even more practical applications for this unique method. Still, like the previous work, the researchers were limited to moving objects that were smaller than the sound waves themselves.

Now, a team of researchers from the University of Minnesota Twin Cities has developed a new method using the magic of metamaterials that allows for control over much larger objects, effectively breaking the acoustic tractor beam “sound barrier.”

“Previously, only objects smaller than the acoustic wavelength could be moved/manipulated,” explained Ognjen Ilic, senior author of the new study and the Benjamin Mayhugh Assistant Professor in the University of Minnesota Department of Mechanical Engineering in an email to The Debrief. “This is a fundamental limitation and stems from how the nodes of the acoustic waves are spread apart. That’s why these researchers are moving tiny beads that are only a few millimeters in size.”

In contrast, says Ilic, their method involves coating the desired object with a metamaterial surface that can capture the force of the sound waves regardless of the object’s size.

“Our work shows that this “smaller-than-wavelength” constraint no longer applies when the surface of an object is a metasurface,” Ilic told The Debrief. “Objects that we actuate are many times larger than a wavelength. In fact, we show that the overall size and shape of the object no longer matter much at all; what matters is the metasurface “pattern,” and that is completely programmable.”

How Metamaterials Make all of the Difference

In their research published in the journal Nature Communications, Ilic and the Twin Cities team show that the key to manipulating objects larger than the sound waves is the use of something called metamaterials. Specifically, the researchers figured out that if they coated an ordinary object with a customized metamaterial surface, or metasurface, designed to channel the force exerted by the sound waves and prevent scattering, they could pretty much control any object they like, regardless of shape or size.

“The transfer of wave momentum is a fundamental mechanism for contactless manipulation, yet the rules of conventional scattering intrinsically limit the radiation force based on the shape and the size of the manipulated object,” the researchers write. “Here, we show that this intrinsic limit can be broken for acoustic waves with subwavelength-structured surfaces (metasurfaces), where the force becomes controllable by the arrangement of surface features, independent of the object’s overall shape and size.”

Of course, designing the specific metasurface with just the right features takes a lot of computer time along with a lot of trial and error, but once they have a pattern that works, the researchers say that actually creating that metamaterial is relatively straightforward.

“The process of designing the metasurface pattern is involved and informed by computer simulations,” Ilic told The Debrief. “But once we got the design down, the actual fabrication was done with standard 3D printing.”

In Star Trek and other science fiction tales, enemy spacecraft are often snared by the use of a tractor beam. While no human spacecraft currently possesses such a system, there has always been the desire by folks who work in a wide array of fields for the ability to manipulate objects from a distance without actually coming into physical contact with the target. Obvious uses include the handling of toxic or radioactive materials, as well as things that are biologically hazardous. However, the researchers behind this latest study see an even wider range of possible applications.

“We are excited about the future implications of this concept for robotics,” Ilic explained to The Debrief. “The ability to actuate and move objects from a distance and without physical contact could lead to new applications and devices for robotic surgery, guided drug delivery, manufacturing (such as contactless picking, placing, and sorting), and potentially even long-range actuation and propulsion in space.”

Here’s the Link Between Cryptocurrency Enthusiasts and Cryonics

As far as what’s next, the researchers say this paper is just the beginning, and they still have a lot of work to do to figure out which metasurface works best.

“These are the first results to demonstrate the concept, but there are many (infinite!) ways that a surface can be patterned into a metasurface,” Ilic told The Debrief. “We would like to survey and understand which metasurface “unit cells” topologies work best and how this concept can be scaled up or down, depending on the target application.”

When asked what stood out as the most significant part of the study, the researchers said they see their proven process as a potential guiding light that could illuminate the way ahead for scientists working in other fields that involve manipulation/movement using waves.

“A key point is that the concepts and phenomena that we demonstrate are not limited just to sound/acoustic waves,” Ilic explained to The Debrief. “The same wave physics applies to light/electromagnetic waves. Light has also been used for optical “tweezing” with high-impact applications in biology, biomedicine, sensing, holography, etc. (see also 2018 Nobel Prize in Physics for “optical tweezers and their application to biological systems”).”

However, Ilic also noted that the current best method of manipulation with light is similarly limited to very small objects for similar reasons, namely wavelengths. As such, he says, his team’s work in acoustic waves and metasurfaces could help provide a blueprint for how to tackle the same problem for manipulation by waves of light.

“Overcoming this challenge for light could enable very compelling applications, among which is propulsion in space without the need to carry onboard fuel,” Ilic told The Debrief. “Some of our group’s research relates to this and explores the optical analogs of metasurfaces and how they can be actuated.”