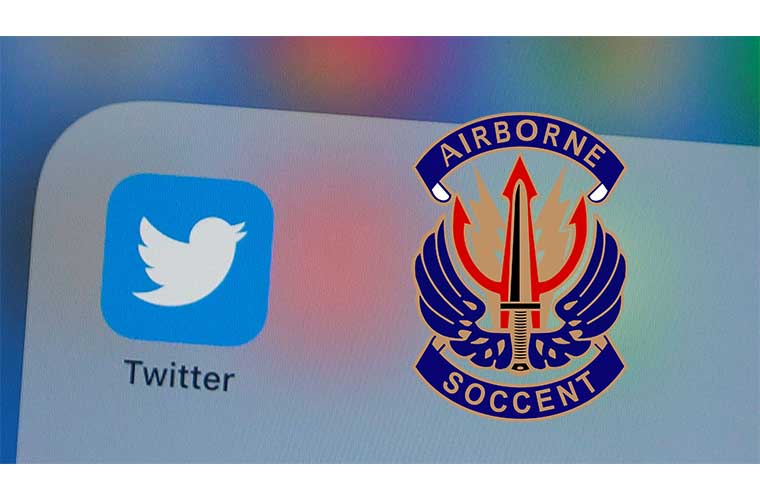 This weekend, The Debrief reported U.S. Special Operations Command Central (SOCCOENT) had claimed their official Twitter account had been hacked.

Claims of the hack came after SOCCOENT published a bizarre tweet with the words: “Afghanistan” “Islamic State.” Hours later, the tweet was deleted, and in a follow-up tweet, SOCCOENT said, “In the past 12 hours someone hacked our unit’s official account and tweeted a misleading message. We apologize for any confusion or insensitive content.”

As some Twitter users pointed out, the idea that one of America’s unified special operations sub-commands had their official Twitter account hacked was disconcerting and raised questions about the Department of Defense’s current state of information security.

“U.S. Special Operations Command Central acknowledges a misleading post to our official Twitter account on April 24, 2021. The post contained three words, “Afghanistan” “Islamic State,” in quotation marks. After review, it was determined our Twitter account was not hacked and a social media administrator inadvertently tweeted the words while conducting a search for current topical events,” a spokesperson for U.S. Special Operations Command Central told The Debrief.

SOCCOENT’s acknowledgment that the original tweet was a mistake while searching for terms related to “Afghanistan” and “Islamic State” is in line with what many Twitter users who had seen the message had initially assumed.

“If someone hacked your account why on Earth would they waste it on ‘Afghanistan’ ‘Islamic State,’ Twitter user @LethalityJane had initially replied. After the original tweet was deleted, the same Twitter user posted a screenshot of it, humorously replying, “Deleted now, but I will always remember you, sweet prince.”

Deleted now, but I will always remember you, sweet prince pic.twitter.com/mbzxFlTKVi

As The Debrief pointed out when we initially reported SOCCENT’s tweet, bizarre social media gaffes from official government accounts are not entirely uncommon.

In March, when the social media manager for U.S. Strategic Command momentarily left their computer unattended, their young child jumped on the keyboard and published the odd tweet, “;l;;gmlxzssaw,” from USSTRATCOM’s official Twitter account.

In May 2017, former President Donald Trump famously tweeted the confusing partial sentence, “Despite the negative press covfefe.” The tweet was deleted hours later, and to date, no explanation for the former Commander and Chief’s tweet has been offered. “Covfefe,” has since taken on a life of its own with an entire cottage industry of t-shirts, coffee mugs, and various novelty items featuring the non-existent word now available.

Ultimately, SOCCOENT’s inadvertent tweet of “Afghanistan” “Islamic State” was pretty tame compared to some other eyebrow-raising messages shared by government social media accounts this past weekend.

On April 23, when Lithuania’s Minister of Foreign Affairs, Gabrielius Landsbergis, tweeted, “Together with #Latvia and #Estonia #Lithuania decided to show solidarity with #Czechia and expel two employees of the Embassy of #Russia for their activities incompatible with their diplomatic status.” In response, the Russian embassy in Belarius retweeted from their official verified account Landsbergis’ message with the hashtag, “#SmallDickEngery.”

The Russian embassy subsequently deleted their initial retweet, opting to post again with the message, “#smalldipenergy or #smalldickenergy – the choice is yours.”

The spokesperson for U.S. Special Operations Command Central tells The Debrief, “We are reviewing our internal processes to refine our social media practices. No security breach took place and we apologize for any confusion this may have caused.”