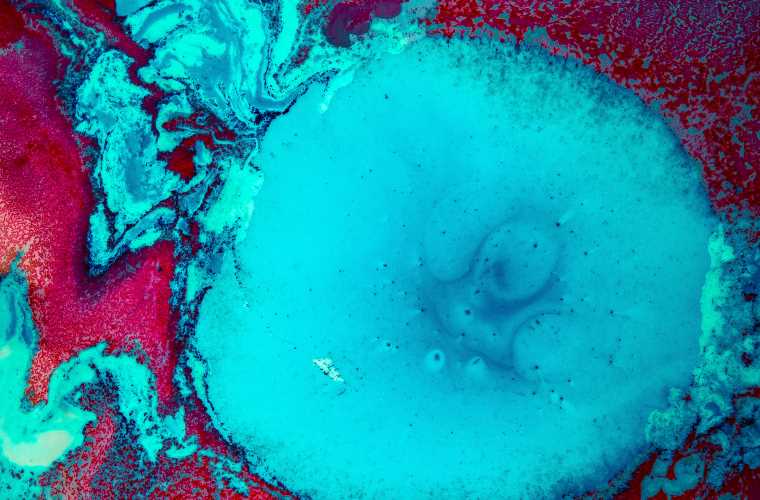 “Programmable Matter” Can Change Color With a Simple Flash of Light

Ever buy two of the same shirt because they came in different colors and you wanted both? How about shoes, or even your cell phone case? Maybe you bought pants you like but realized later they looked different in the store?

In hopes of one day solving this problem by manufacturing clothing, shoes, and a whole range of other products whose color can be changed on demand, a team of researchers from the Massachusetts Institute of Technology (MIT) have developed a way to alter the color of almost anything coated with “programmable matter” dye using only a simple flash of light.

Background: What is “Programmable Matter?”

That predecessor, says Michael Wessely, the study’s lead author and a postdoctoral researcher in MIT’s Computer Science and Artificial Intelligence Laboratory, was “the first to show that we can have high-resolution, multicolor textures that we can just reprogram over and over again.”

“PhotoChromeleon used a lacquer-like ink comprising cyan, magenta, and yellow dyes,” the release explains. “The user covered an object with a layer of the ink, which could then be reprogrammed using light.”

With results presented at the 2021 ACM Conference on Human Factors in Computing Systems, the researchers note that the original system involved numerous steps, including applying the programmable ink, using LEDs to saturate the dyes, and then selectively ‘desaturating’ the dyes with a visible light projector. This made it both slow and bulky to use, taking about 20 minutes to update a single image. It was this limitation that led them to their current approach.

Analysis: Using UV Light to Change the Color of Your Stuff

The team eliminated the old LED lamp used in PhotoChromeleon for a UV projector that can vary light intensity levels all across the dyed surface. This variability in saturation, the study points out, offers the team pixel-level control over the altered image.

“We can saturate the material locally in the exact pattern we want,” says Wessely, an advantage that offers precision and saves time.

For example, the study notes, someone designing a car’s exterior might simply want to add racing stripes to an otherwise completed design. ChromoUpdate would let the designer do precisely that without erasing and re-projecting the entire exterior all over again.

Plus, along with the obvious retail benefit to selling clothes and other items with programmable matter that can have their color or images changed at the consumer’s whim, the team believes that their process could be even more valuable on a product development level, “enabling product designers to churn through prototypes without getting bogged down with painting or printing.”

“You can actually have a physical prototype to see if your design really works,” said Wessely. “You can see how it looks when sunlight shines on it or when shadows are cast. It’s not enough just to do this on a computer.”

With ChromoUpdate, “we can saturate the material locally in the exact pattern we want,” he added, removing the time-consuming process of sending out prototypes for color and design changes.

Outlook: Programmable Matter Is The Future of Consumer Goods?

The MIT team’s system only works on rigid surfaces like mugs, phone cases, or cars in its current iteration. However, there are a whole host of flexible surfaces they hope can be adapted to their process. The team has already partnered with a textile manufacturer in Paris to see how ChromUpdate could be integrated into their process.

“We’re looking at methods to dye fabrics and potentially use light-emitting fibers,” said Wessely. “So, we could have clothing — t-shirts and shoes and all that stuff — that can reprogram itself.”

As for more unusual applications, Wessely even sees their process potentially creating a virtual information interface out of everyday devices.

“One example is your coffee mug,” he said. “You put your mug in our projector system and program it to show your daily schedule. And it updates itself directly when a new meeting comes in for that day, or it shows you the weather forecast.”

In the end, it is likely still a few years away before a system like ChromoUpdate makes its way into retail products. However, if Wessely and his team are successful in their commercial collaborations, it may not be very long before you can change your car, your phone, your bag, your shoes, and pretty much your entire wardrobe with a simple flash of light. Now, if they could only develop a system that turns my broccoli into french fries…