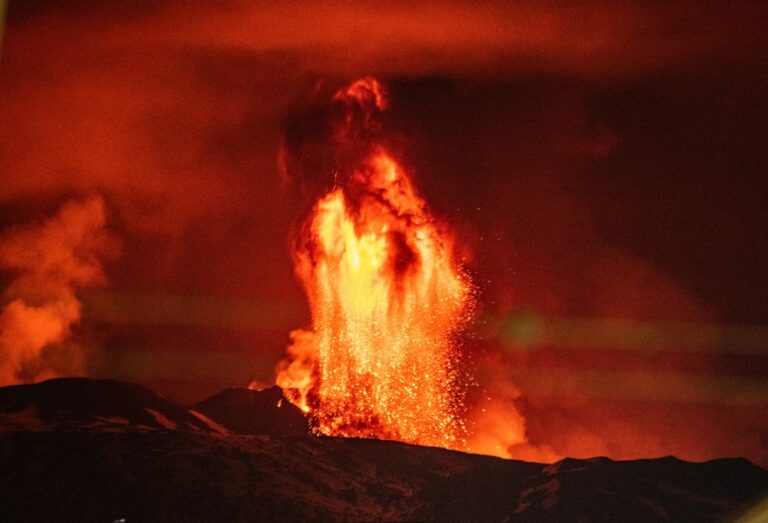 At close to 60 miles long and reaching depths of up to 1657 feet, Lake Toba is the largest lake in northern Sumatra, Indonesia. Along with being the biggest natural lake in the country, it is also the world’s largest body of water that was formed from volcanic activity.

Lake Toba’s waters fill the caldera formed by an ancient supervolcano, events that produce the largest eruptions that occur on our planet. However, according to a concerning new paper that examines the dynamics of these massive eruptions, the lingering threat of such cataclysmic events could essentially remain ever-present.

In a new study by an international research team with Curtin University, the Toba Caldera supervolcano and others like it remain both active, and potentially capable of life-threatening eruptions for up to several thousands of years following a super eruption event. According to the team’s findings, our current methods of predicting when these cataclysmic events occur may also require an update.

“However,” they add, “the magmatic conditions and processes during the period of recovery after catastrophic supereruptions, known as resurgence, are poorly understood.”

In the team’s study, the researchers applied Bayesian statistical analysis along with scientific models pertaining to a variety of Earth elements to look at the particular resurgence of one of the Toba supervolcano’s youngest eruptions.

In their research, inverse thermal history modeling revealed “a discordance of up to around 13.6 thousand years between older feldspar and younger zircon ages,” suggestive of a period of between five and 13 thousand years in which the resurgent uplift and volcanism visible at the volcanic lake likely occurred. In other words, the caldera’s resurgence seems to have occurred as much as 5 thousand years after the primary volcanic event.

However, one key factor driving the team’s research involved the questions over what, precisely, occurs during the dormant periods between supervolcano eruptions.

“Gaining an understanding of those lengthy dormant periods will determine what we look for in young active supervolcanoes to help us predict future eruptions,” according to Associate Professor Martin Danišík, one of the paper’s coauthors with the John de Laeter Centre based at Curtin University.

Danišík said in a press release that super-eruptions like those which formed the Toba Lake caldera are capable of “venting tremendous amounts of magma almost instantaneously,” making them among the most catastrophic events in the entire history of planet Earth.

But just how severe are supervolcano eruptions? According to Danišík, global climate change can occur at an unprecedented scale after a supervolcano eruption, capable of thrusting the planet into a “volcanic winter,” resulting in uncommonly cool periods capable of causing food shortages, and in some instances even contributing to mass extinctions.

Supervolcano eruptions may have contributed to several periods of catastrophic climate change in the ancient past, although the Curtin research team’s focus has more to do with creating better models for predicting when future large-scale eruptions might occur.

“Learning how supervolcanoes work is important for understanding the future threat of an inevitable super-eruption,” Danišík says, which he says occurs roughly every 17,000 years.

Up in Smoke: Men May Have Worse Effects to Vaping than Women

In other words, Earth may already be overdue for its next supervolcano eruption, and the Curtin team believes that improving our methods of predicting when volcanic events are likely to occur will be pivotal for humanity in years to come.

The research team’s findings “challenged existing knowledge and studying of eruptions,” Danišík said, in addition to showing that global recovery periods could last up to several centuries, while the threats produced by supervolcanoes can last much longer—perhaps even thousands of years.

“Learning when and how eruptible magma accumulates, and in what state the magma is in before and after such eruptions, is critical for understanding supervolcanoes,” Danišík said in a press release.