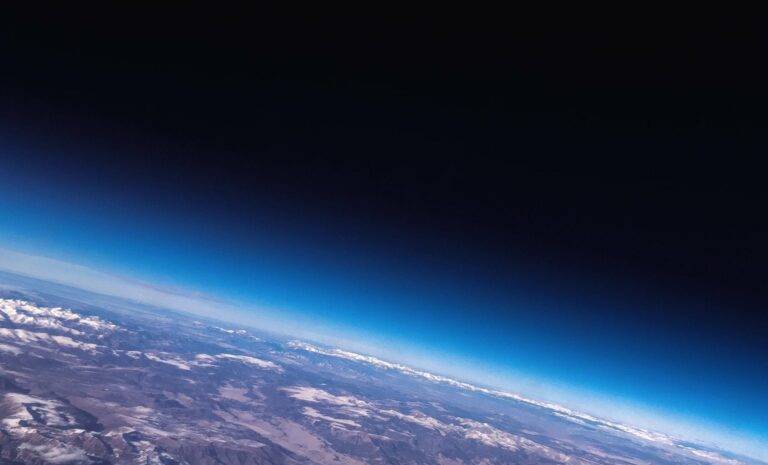 A massive collection of Cold War-era spy satellite photos, aided by new advances in image processing and analysis techniques, are revealing more than just the history of aerial reconnaissance during wartime: they are helping modern researchers measure the long-term effects of environmental change.

“In EcoSpy we propose to pioneer the broad-scale use of recently declassified historical, global, high-resolution spy satellite photographs from the Cold War era (Corona) to extend the temporal scale of ecological and conservation remote sensing studies as far back as the 1960s,” Munteanu wrote in a statement at her website.

The spy satellite photos Munteanu and her team used were collected between 1960 and 1972, initially gathered for use by military and intelligence agencies at the height of the Cold War. Eight first generation satellites were deployed to capture the images on film, which then reentered the atmosphere on parachutes and were subsequently retrieved by U.S. military planes during covert operations.

The idea for their declassification and repurposing to aid with civilian environmental efforts came decades later, after being spearheaded by then-Senator Al Gore and Sam Nunn in 1990, under legislation titled the Strategic Environmental Research Program. The program was aimed at redirecting intelligence and defense resources toward efforts to address environmental concerns, which later became a focus during the Clinton Administration.

What followed was an Executive Order, Release of Imagery Acquired by Space-Based National Intelligence Reconnaissance Systems, signed in late February 1995 by President Bill Clinton. The order directed the declassification of more than 800,000 of the Cold War-era aerial images captured by the Corona, Argon and Lanyard missions, which utilized first generation photo reconnaissance satellites.

The success of these programs–particularly Corona, being the first of its kind–marked a breakthrough in satellite reconnaissance technology. During its maiden mission in August, 1960, Corona managed to obtain more aerial photographic data about the Soviet Union than all of the CIA’s previous missions using U-2 spy planes. In addition to providing details about weapons development and assessing the Soviet Union’s military strength, the spy satellite photos provided by Corona and its successors helped to facilitate strategic arms control agreements in the years that followed.

Today, the images are housed at the Earth Resources Observation and Science (EROS) Center, a data management and research center operated by the United States Geological Survey. “EROS is home to the world’s largest collection of remotely sensed images of the Earth’s land surface and the primary source of Landsat satellite images and data products,” the center’s website says.

Now, Munteanu and her team have employed this vast collection of images to help them see beyond what conventional analysis of landscapes—particularly those impacted during wartime—can reveal.

Hoping to combine data from the Corona catalog with modern images made available by Google Earth, Munteanu’s first aim had been to gauge the research applications and usefulness of such integrations. Her team’s areas of focus included the ecosystems and habitats of various endangered or impacted species, as well as forested regions in Romania, and more broadly, the “uses and benefits of Corona imagery for ecology and conservation worldwide.”

The team’s research offers a point of convergence between several disciplines that include remote sensing, as well as conservation science and ecology, and uniquely combines them into a system that aims to increase our overall understanding of environmental changes that occur over time.

Another key area of focus for Munteanu had been habitat fragmentation, which involves changes that lead to large areas of an organism’s habitat being segmented into smaller areas or “patches.” As the fragmentation of habitats occur, species populations can also become divided, along with other impacts on the ecosystem.

EcoSpy aims to help provide long term data about these kinds of changes, and even mitigate the effects of future environmental changes that may occur by “identifying priority conservation areas and defining conservation baselines for vulnerable habitats and species,” Munteanu writes.

The Cold War spy satellite photos required enhancements in order to reveal key details about the environments they depicted. For this, co-author Dr. Mihai Nita provided a pioneering method that utilized drone image processing techniques, specifically a process called structure from motion. This technique allows information about 3D structures to be estimated from two-dimensional images in ways similar to how the human eye can determine three-dimensional characteristics about objects in our environment (this is known motion parallax).

“This approach allows us to process historical aerial or satellite images faster and more precise than the traditional approach,” Nita was quoted saying in a press release published by the British Ecological Society.

To illustrate the kinds of long-term dynamics that are revealed with the research team’s methods, Munteanu referenced previous studies her team had undertaken with Corona imagery, which focused on regions of Kazakhstan during the 1960s and early 1970s. Evidence of burrows made by indigenous steppe marmots were visible within the Corona photographs, indicating a gradual decline over time.

“Marmot population declined over the past 50 years in Kazakhstan,” Munteanu said in a press release, “and this is a decline that we might have missed, if only looking at short time periods of 10-15 years for which modern data is available.”

Population decline among Kazakhstan’s marmot populations had been only one of the kinds of changes that EcoSpy was able to detect. Additionally, the effects of widespread deforestation that occurred in Romania in the years after World War II was revealed, as well as ecological damage caused by explosions during the Vietnam War.

In the future, the team hopes that their innovative enhancement and analysis of the Cold War-era spy satellite imagery may broaden our awareness of how things like deforestation and agricultural practices are impacted by changes to the landscape that result from war.

Earlier this month, Munteanu gave a presentation on EcoSpy’s current achievements at the Festival of Ecology, an online conference that united more than 1,400 ecologists from close to 50 countries around the world.

Portions of the research produced by Munteanu and Nita’s team are currently undergoing peer-review; in the meantime, more information about the EcoSpy program can be found at Dr. Munteanu’s website.