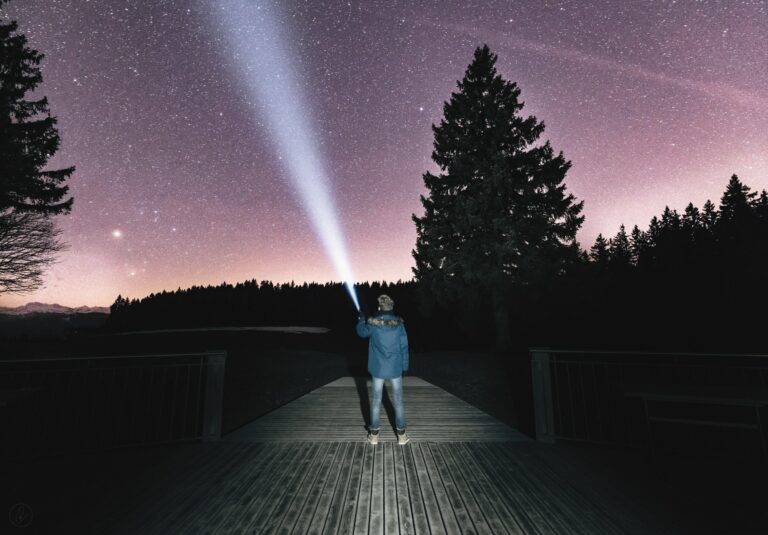 Photo by Dino Reichmuth on Unsplash

Physicists Say Milky Way Is a Graveyard of Alien Civilizations


Researchers from Caltech argue that civilizations will eventually self-annihilate due to technology.

New research conducted by three Caltech physicists and one high-schooler suggests that the Milky Way galaxy may be full of self-annihilated extraterrestrial civilizations. These findings are reportedly a more up-to-date analysis of the Drake equation—a probabilistic argument intended to stimulate debate about the number of intelligent alien civilizations within our galaxy.

The researchers propose that the Milky Way is a graveyard of former civilizations that destroyed themselves upon reaching a certain technological level.

Though an intriguing idea, scientists who spoke to The Debrief expressed skepticism concerning the study’s conclusions.

The Drake equation was formulated by astronomer and astrophysicist Frank Drake in 1961 to ignite discourse within the scientific community about the possibility of intelligent life on other planets. Never truly intended to paint an accurate picture of the conditions for extraterrestrial life, the equation attempted to assign a value to all celestial attributes required to support intelligent life the way scientists understood it in the mid-20th century.

ANALYSIS: What Does the Study Actually Say?

Physicists from Caltech have improved upon the Drake equation by using a “modern astronomy and statistical” modeling system to estimate the emergence and annihilation of intelligent life in the Milky Way galaxy. The researchers found the peak location for an intelligent civilization in our galaxy to be about 13,000 light-years from the galaxy’s center. They noted that this civilization’s emergence likely took place roughly eight billion years after the galaxy’s formation.

The researchers estimated “complex life decreasing temporally and spatially from the peak point, asserting a likelihood of intelligent life in the galactic inner disk,” adding that the “simulated distributions also suggest that most of the intelligent [still-existing] life in our galaxy are young, thus making observation or detection difficult.” This hypothesis could also explain why scientists have been hard-pressed to find any technosignatures in the cosmos that may indicate extraterrestrial life.

The Earth, however, is an exception to the researchers’ findings in many ways. Our planetary home sits about 25,000 light-years from the galactic center, and intelligent life did not arise on this planet until 13.5 billion years after the Milky Way galaxy had formed.

This makes our civilization unique. It developed further away from the galactic center than the most likely of civilizations, but this raises questions about how many other cosmic quagmires there may be concerning the development process of intelligence in the cosmos.

The Debrief reached out to Dr. David Armstrong—Assistant Professor of Physics at the University of Warwick—who stated the Caltech scientists’ findings are “interesting.”

“Many assumptions are required to produce these results…and given our lack of understanding about the ways life may begin [abiogenesis, for example], evolution timescales, and the prevalence and effect of conditions on other planets, I would not treat specific results as definitely true at this stage,” explained Armstrong in an interview with The Debrief. “We know planets are common, [but] we do not have much data on the atmospheres and conditions on Earth-like planets.”

Dr. Armstrong’s thoughts were supported by Adiv Paradise—a Ph.D. candidate at the University of Toronto who is studying planetary habitability. Expressing a similar sentiment, Paradise told The Debrief that “we understand so little about what is necessary for a planet to be habitable, and what factors can sterilize a planet, that there are almost certainly complications the authors did not include.”

Paradise concluded that “either we are rather special, and just happened to show up very late to the game and in a region where [something] else emerged, or there is something we don’t understand about the emergence of life and habitability that makes life before now and nearer the galactic center vastly less likely than we would otherwise assume.”

Equally as interesting as the emergence of intelligent civilizations in our galaxy is the possibility that these civilizations may have reached such a point of technological advancement that they have already annihilated themselves in one way or another.

“While no evidence explicitly suggests that intelligent life will eventually annihilate themselves, we cannot a priori preclude the possibility of self-annihilation,” the Caltech researchers reported.

These recent findings echo those of astronomer Sebastion von Hoerner who expressed a pessimistic view that an intelligent civilization would eventually destroy itself. In his 1961 article entitled “The Search for Signals from Other Civilizations,” Hoerner argues that any sufficiently advanced civilization will use its technology against itself. He suggested that technological advancement on Earth was driven by two factors: a battle for domination and the desire for an easy life. Both of these aims, according to Hoerner, lead to complete destruction and psychical degeneration, respectively.

While compelling, scientists are far from having the necessary data to suppose that all advanced civilizations use their technological advancements in the same way or for the same purpose. However, Hoerner’s proposition is supported further by “many previous studies arguing that self-annihilation of humans is highly possible via various scenarios, including but not limited to war, climate change, and the development of biotechnology,” according to the Caltech researchers.

OUTCOME: Alien Civilizations in Our Future?

It is not out of the realm of possibility that a study like this could serve as a warning to our civilization—that the more advanced we become, the more existential tripwires we construct for ourselves, making the possibility of permanent extinction a possible outcome in the coming decades or centuries.

While humans continue to search for extraterrestrial intelligence, scientists must grapple with the possibility that extraterrestrial life may have already come and gone, leaving Earth as the last potential beacon of intelligent life in this tiny region of the Milky Way.