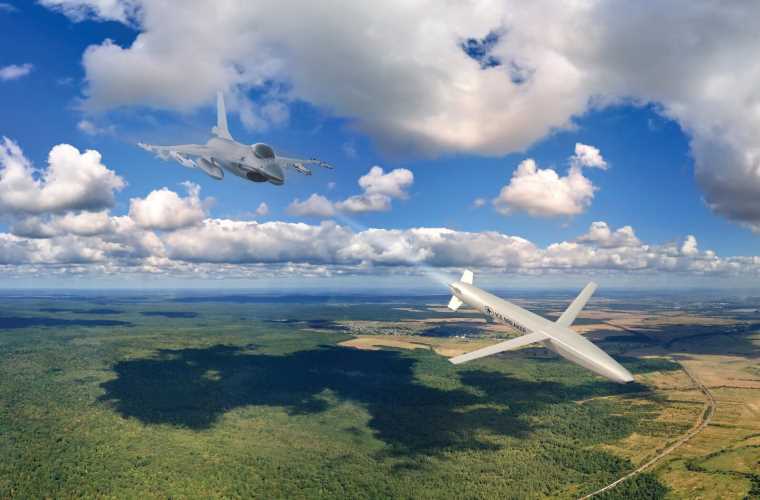 Air, land, and sea-launch-able, the fully autonomous, AI-controlled missile known as the Ice Breaker has finally been revealed. A fifth-generation, self-guided missile designed to attack at long distances and travel extremely close to the ground while resisting electronic jamming and other countermeasures, the stealthy Ice Breaker is set for a field demonstration at the Farnborough International Airshow, July 18-22.

In science fiction, high-tech missiles can hug the earth’s surface, avoid natural obstacles and enemy ordinance alike, survive electronic jamming efforts, and then use complex machine learning to locate, attack, and destroy their intended target with robotic efficiency. In the real world, and even as hypersonic weapons are beginning to enter the modern theater of war, such theoretical, ultra-smart missiles have yet to come to fruition.

Now the legal limitations keeping the Ice Breaker program in the shadows have been lifted, revealing a host of technological advancements built directly into the air-launched version of the weapon.

“A year ago, we were under a security embargo, and we could only release [details of] the Sea Breaker derivative,” a Rafael official told Defense News on the condition of anonymity. “Now we can show the whole ballgame.”

According to the same anonymous Rafael source, Ice Breaker is “a multiservice missile, [an] air, ground and naval solution [that] can attack targets at land and sea.”

A quick scan of the company’s website reveals a few more tantalizing details about the cutting-edge, 21st-century weapon.

First, Ice Breaker is designed to strike “high-value targets” on land and at sea “at stand-off distances of up to 300 km (186 miles).”

Equipped with “state of the art” Electro-Optical (EO) and Infrared (IR) scanning to navigate terrain at extremely low levels with unprecedented accuracy, the Ice Breaker’s “big-data-based” AI system developed with “deep-learning technology” can employ tools such as “scene-matching,” “Automatic Target Acquisition” and “Automatic Target Recognition” with a level of precision previously unavailable on conventional missile systems.

“It’s unique to get this range and 350-kilogram [overall weight] and low trajectory,” the unnamed Rafael official told Defense News.

The missile also employs “minimized detectability,” a.k.a. stealth technology, to augment the advantages of “low-level terrain following.” In the case of the sea-launched version, this technology allows for what Rafael called extremely low-level “sea-skimming.” For security purposes, the actual figures regarding flight level capabilities were unavailable.

The company website adds that Ice Breaker works in all weather conditions, “and in GNSS-denied (GPS) and A2/AD (anti-access/areas-denial) environments with Very Low Observable (VLO), and is resilient to electronic countermeasures.”

Those last two parts are considered strong selling points to potential customers, given the concerns of western governments about China and Russia employing A2/AD and electronic warfare strategies.

Regarding platform versatility, the official who spoke to Defense News said: “the fifth-generation weapon can launch from a variety of aircraft and helicopters.” This versatility includes the popular F-16 fighter, which can carry six Ice Breakers.

Last, the company notes that although the system is designed to work independently (while following pre-programmed mission parameters and “predefined attack plans”), the system also has “directional multi-target and data link and man-in-the-loop abilities, even though it is autonomous.”

With the veil finally lifted on the highly advanced missile, the company is looking forward to showing the system off at the upcoming Farnborough International Airshow.

As far as actual field deployment, according to Defense News, the official said the company has already been in communications with customers “on three different continents” about potential contracts. The official would not name the specific countries on that list.

The timing of the missile’s public reveal is potentially fortuitous, as U.S. President Joe Biden is preparing to visit Saudi Arabia and Israel. When in Israel, Biden is expected to observe the Iron Dome and Iron Beam systems already in deployment.

“Ice Breaker successfully counters modern IADS deployments, striking high-value targets on land and at sea at stand-off distances of up to 300 km,” the company’s site boasts. “The effective warhead, accurate aimpoints, and salvo capabilities ensure penetration of even the best-defended targets.”