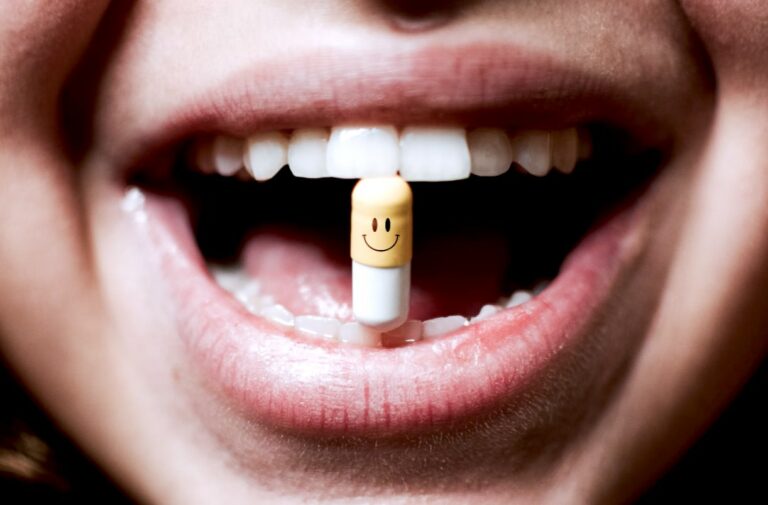 MDMA Could Be the Next Big Thing in Trauma Treatment, Research Suggests

3,4-Methyl​enedioxy​methamphetamine, or MDMA–you’ve probably heard of it as “Ecstasy” or “Molly”–is a drug whose stimulant and empathy-inducing properties make its use popular at raves, clubs and parties. It is listed as a Schedule I substance in the United States, which means that it is illegal to use either in a recreational or a medical context.

However, this could soon change, as an increasing body of evidence seems to show that MDMA administered during psychotherapy sessions may help people struggling with conditions like post-traumatic stress disorder (PTSD).

What does MDMA do for trauma survivors?

MDMA is a stimulant in the amphetamine family. Like most stimulants, it creates a sense of energy and euphoria by increasing dopamine levels in the brain. However, unlike other stimulants, MDMA also increases oxytocin in the brain and binds to and activates 5-HT2A serotonin receptors. Oxytocin, sometimes referred to as the “cuddle” hormone, facilitates social bonding. Whenever you hold a baby, cuddle with your significant other, or pet a dog, it triggers the release of oxytocin.  5-HT2A receptors belong to a subclass of serotonin receptors that are activated by psychedelic drugs. People who use drugs of this kind often have experiences of “becoming one” with everything around them. Increased oxytocin combined with activated 5-HT2A receptors leads to the empathogenic effects of MDMA.

PTSD is notoriously hard to treat. Psychotherapy is the recommended treatment, however, PTSD symptoms frequently interfere with efficacy of therapy, and people suffering from PTSD have very high therapy dropout rates. There are a few reasons for this. For one thing, the most important part of any  psychotherapeutic intervention is the relationship the patient has with the therapist. Due to their past experiences, it is often difficult for trauma survivors to open up to and trust other people, which is a huge impediment in the treatment process.

Additionally, psychotherapy requires trauma patients to recall traumatic memories in order to analyze and recontextualize them. This can be a very unpleasant experience for PTSD patients, as it sometimes triggers extreme anxiety, panic attacks or flashbacks. Antidepressants are also sometimes prescribed for PTSD treatment. While these can help to blunt some symptoms, they are rarely sufficient by themselves to help patients recover. These factors combine to make PTSD one of the most difficult mental illnesses to treat.

The use of MDMA during psychotherapy can help alleviate these difficulties in two main ways. Firstly, the empathogenic effects of MDMA can help the patient form a trusting relationship with their therapist, which may increase their cooperation during therapy sessions, as well as decrease their likelihood of dropping out of therapy.

Secondly, MDMA elevates mood and dulls the fear response, which helps patients to access memories of traumatic events in their past without being overwhelmed by negative emotions. Based on this, MDMA-assisted therapy may be particularly effective for treatment-resistant cases of PTSD.

“Patients who have not experienced enough benefit from psychotherapy alone, or if psychotherapy failed and antidepressants were not successful enough, should be optimistic that the use of MDMA to enhance future sessions can make a notable difference,” says Dr. C. Michael White, Distinguished Professor of pharmacy practice at the University of Connecticut’s School of Pharmacy.

“The psychedelic and oxytocin effects allow PTSD patients a completely different mechanism of action to attack their PTSD symptoms where in the past,” White told The Debrief, adding that it “was a matter of trying one antidepressant and then another which rely on similar mechanisms of action (boosting serotonin or norepinephrine concentrations in synapses).”

What’s next for MDMA-Assisted Therapy?

MDMA-assisted therapy is currently undergoing Phase III clinical trials. Phase III trials last from 1 to 4 years and serve to test the long term safety and efficacy of a drug, and directly precede FDA approval. Although MDMA remains a schedule I substance, it is likely that MDMA will become a legal and widely available means of trauma treatment within the next few years.

While it will probably remain heavily regulated, it will likely change to a schedule II or III substance, meaning that it will remain illegal for recreational use, but will be available for medical purposes. So, while MDMA will probably never be sold over the counter, or even legally used outside of the strict supervision of a therapist during a session, it may soon become a valuable tool in the arsenal of mental health professionals in the United States and around the world.

A word of caution

As useful as it may be in a therapeutic setting, I feel a need to make it clear that it is a very bad idea for anyone experiencing PTSD symptoms to self-medicate using MDMA.  “People should not use MDMA alone to treat their own PTSD,” says Dr. White.

Brain to Machine Interface – Neuralink Monkey Playing a Video Game with its Mind.

“Products like Ecstasy and Molly may have very little MDMA in it and could have LSD + amphetamines, synthetic cannabinoids (fake cannabis), or synthetic cathinones (bath salts) in it instead. These adulterants can be downright dangerous with none of the benefits,” White told The Debrief.

“Also, MDMA helps people feel comfortable enough sharing aspects of their trauma with a licensed psychotherapist who then helps them process and conceptualize it with strategies to minimize its impact on them,” White says. “If you are trying it alone, you might have visions of your trauma that you are not able to deal with on your own and put yourself at risk.”

As exciting as this new research is, it’s important to note that the use of MDMA during therapy has drawbacks. For instance, MDMA increases blood pressure, which precludes trauma patients with cardiac issues from being able to use it safely. Furthermore, MDMA-assisted therapy requires a highly trained, experienced therapist to administer the drug and monitor the patient. This may mean that MDMA therapy could be less available in rural or inner city areas, where people don’t have access to high-quality mental healthcare.

To sum things up

While it may not be a panacea and should not be used outside of the supervision of a therapist, MDMA has the potential to impact a lot of PTSD patients. It may be particularly helpful to patients for whom therapy has not worked in the past, by helping them to form a bond with their therapist and revisit disturbing memories without being drowned in a flood of negative emotions.

For now, MDMA remains a schedule I substance, but it will likely soon be legal to use in a clinical context under strict professional supervision.  Hopefully, MDMA-assisted therapy will prove a valuable instrument for helping trauma survivors recover from their PTSD and lead the best lives they can live.