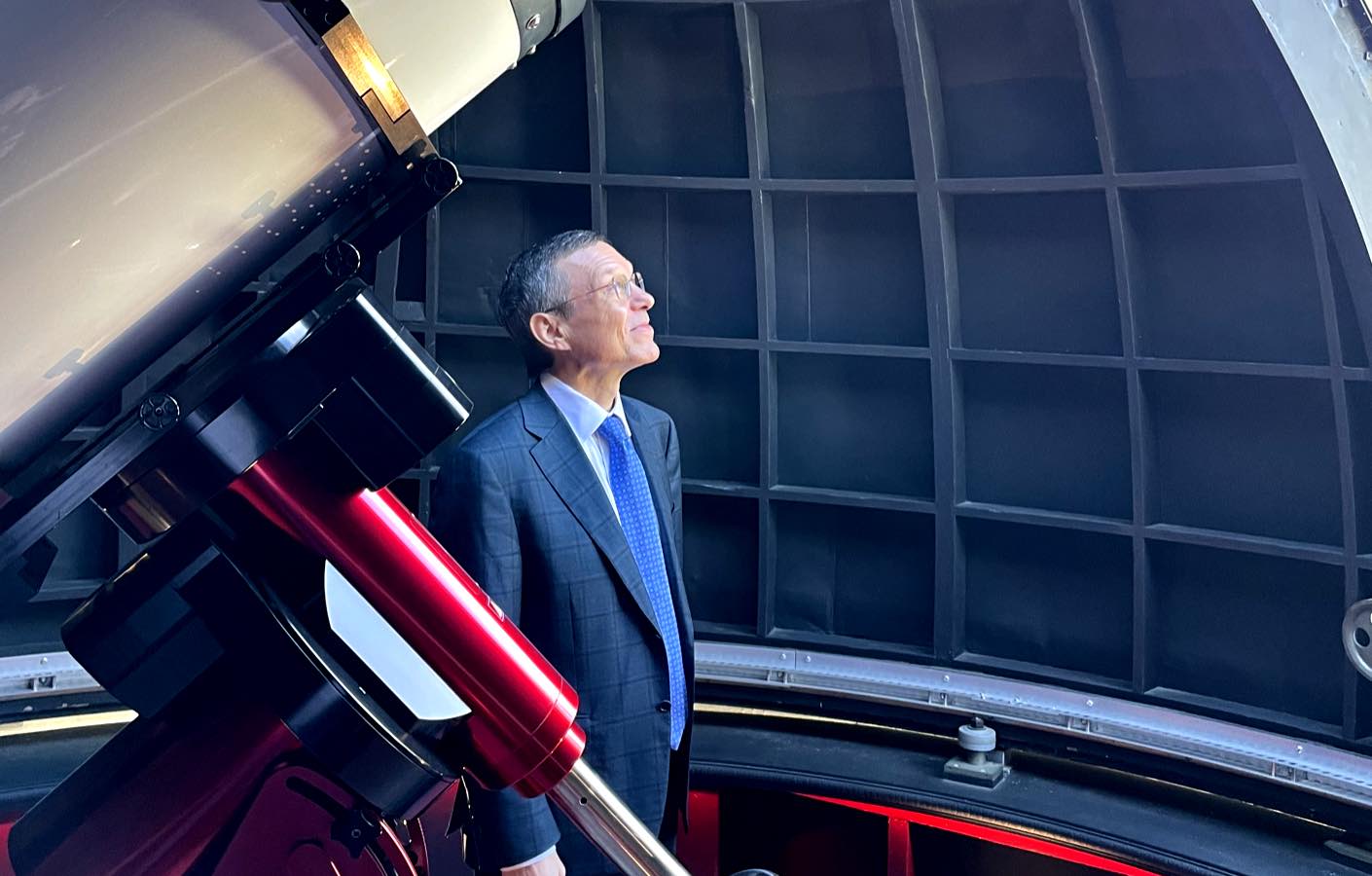 Do Astronomers Exist on Other Habitable Planets?

Recently, I gave a keynote lecture about the search for extraterrestrial intelligence at the International Forum on Consciousness in Madison, Wisconsin. The conference organizer, Bill Linton, gave me a tour of his new astronomical observatory, recently named after the distinguished astronomer Jocelyn Bell Burnell based upon my recommendation.

While visiting the observatory with Bill, it occurred to me that 13.8 billion years ago, the early universe started as a hot soup of elementary particles and radiation, but no sentient beings with consciousness to reflect on it.

Fifteen million years after the Big Bang, the Universe had room temperature everywhere at a redshift of about 110. A paper I wrote a decade ago labeled this as the “habitable epoch of the early Universe.” Unfortunately, this era predated the formation of the first stars and planets by tens of millions of years, so it could not have given birth to astronomers on a rocky foundation.

The first generation of planets in the early Universe was warmed up by the cosmic microwave background to the same temperature as Pluto is warmed by sunlight, irrespective of how far they were from a star. Their frozen surface could not have allowed for the chemistry of life as we know it, let alone astronomers that reflect on the cosmos.

We know for a fact that awareness of the cosmic scene eventually emerged for humans on Earth over the past few million years. Could astronomers also be a possibility on distant habitable exoplanets?

A rocky planet is considered habitable if it can possess liquid water on its surface and give rise to the chemistry of life as we know it. It must reside at the appropriate distance from a star, the so-called habitable zone, to be warmed enough by starlight and maintain Earth-like temperatures on its surface. The planet should also possess roughly the mass of the Earth with sufficient gravity to retain its atmosphere since water exists in liquid form only under external atmospheric pressure. The chemicals on a habitable planet could combine over time, like Lego pieces, to make complex biological systems, which might ultimately acquire consciousness and be curious about their cosmic neighborhood.

Would sentient exo-observers notice other stars and galaxies? Would cosmic awareness through observatories, like the Burnell Observatory, emerge on the most common habitable exo-planets?

The most common stars are red dwarfs, also known as M-dwarfs, with a mass in the range between 8%-60% of the mass of the Sun. An example is the nearest star, Proxima Centauri, which possesses 12% of the mass of the Sun. Since red dwarfs are fainter than the Sun, so the habitable region around them is closer. It is located 20 times closer than the Earth-Sun separation for Proxima Centauri, which happens to host a planet, Proxima b, in its habitable zone.

Even if dayside observers travel to the permanent nightside and notice distant stars, they would find it difficult to escape from their planetary system to interstellar destinations. Since their home planet is closer to their host star, they are trapped in a deeper gravitational potential well than the Earth is in its orbit around the Sun. Chemical rockets would not be able to escape from the habitable region around red dwarfs like Proxima Centauri, as I showed five years ago in an essay and a follow-up paper.

There are other habitable environments in which astronomers are unlikely to exist. As I argued in a paper with my former postdoc, Manasvi Lingam, the most common life forms might arise under the frozen surface of objects outside the habitable zone of their host star. In the Solar system, Saturn’s moon Enceladus or Jupiter’s moon Europa are suspected to contain liquid water under their icy surface. The ice is tens of kilometers thick, and so the Universe is hidden from view under the ice, except through vertical cracks in the ice through which plumes of water vapor appear to come out.

Altogether, most sentient exo-beings might simply be unaware of the cosmos outside their immediate habitat, which is why they do not venture into interstellar space. In that case, our cosmic duty is to inform them about the splendor of the amazing Universe that we all share.

At the same time, we should be open-minded to the possibility that we are also missing important facets of the cosmic reality outside the Solar system. We already know that the dominant constituents of the cosmic mass budget, the dark matter and dark energy, are invisible and of nature that are unfamiliar to the Solar system. The first three interstellar objects, CNEOS 2014-01-08 (IM1), CNEOS 2017-03-09 (IM2), and ‘Oumuamua, were discovered over the past decade and exhibited characteristics that are distinct from the population of Solar system rocks.

Our missing knowledge may be imprinted on a letter in the form of a thin, flat interstellar object – like `Oumuamua, informing us what we should know about the cosmos. The search for unfamiliar interstellar objects is the rationale behind the Galileo Project, described in my lecture on our cosmic consciousness.