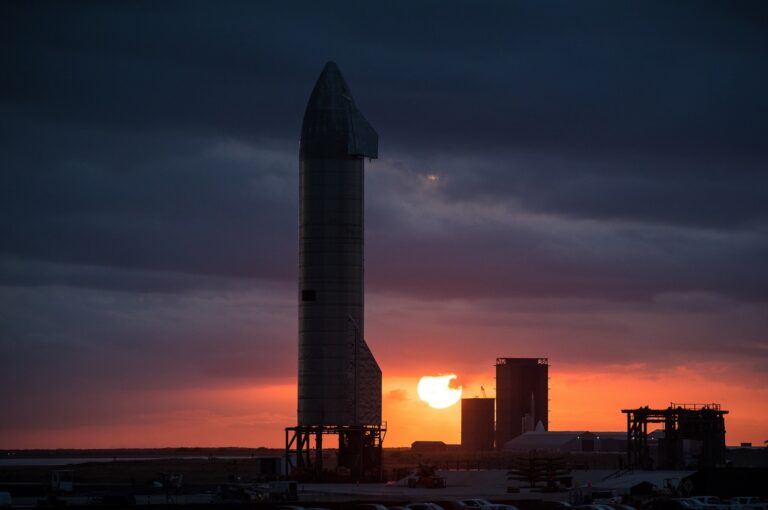 Welcome to this week’s edition of The Intelligence Brief. On the table today we’ll be looking at 1) SpaceX and the latest test of its Starship prototype, 2) why Elon Musk and his company are butting heads with the FAA over launch regulations, and 3) why those regulations may need to change in the years ahead with the involvement of commercial companies in spaceflight efforts.

Before we begin, it might be good to get a few highlights from what’s been going on over here at The Debrief in recent days. Author Graeme Rendall has recently reported on how Spirit AeroSystems is leading a team to develop a prototype of the UK’s first crewless fighter aircraft, dubbed “Loyal Wingman.” Christopher Plain also gives us a nanotechnology update from researchers over at Brown University, and Ryan Sprague has been looking at the European Space Agency’s aims to clean up outer space. Also on our official podcast, host Michael Mataluni interviews our very own MJ Banias about UFO culture’s pros and cons.

With that out of the way, it’s about time to commence countdown, and prepare systems for launch.

SpaceX has seen another minor setback after an explosion that occurred during an attempted landing of the company’s prototype Starship rocket on Tuesday, following a high-altitude test launch from the Texas Gulf Coast.

The Starship SN9 rocket, which lifted off from Boca Chica, Texas, was the second prototype to have experienced problems in recent months, after an accident which resulted in destruction of an earlier prototype that occurred back in December.

“Similar to the high-altitude flight test of Starship serial number 8 (SN8), SN9 was powered through ascent by three Raptor engines, each shutting down in sequence prior to the vehicle reaching apogee – approximately 10 kilometers in altitude,” read a statement at the SpaceX website. “SN9 successfully performed a propellant transition to the internal header tanks, which hold landing propellant, before reorienting itself for reentry and a controlled aerodynamic descent.”

Liftoff of the unmanned SN9 occurred without incident, and the rocket reached a peak altitude of approximately six miles before its engines shot off as planned, and the aircraft reoriented itself for its descent.

During the descent phase, Tuesday’s Starship prototype test flight was guided by four flaps oriented in pairs located in forward and stern positions, which were enabled by onboard computers to guide the rocket to its designated landing location. While the flaps and their onboard controls functioned without issue, one of the craft’s two onboard Raptor engines failed to relight, which resulted in a higher than calculated landing speed.

As the rocket quickly fell toward the ground, at approximately six and a half minutes after its initial launch the SN9 crashed, resulting in an explosion. As with he SN8 crash in December, there were no injuries reported as a result of either incident.

“These test flights are all about improving our understanding and development of a fully reusable transportation system,” a SpaceX statement read, “designed to carry both crew and cargo on long-duration, interplanetary flights and help humanity return to the Moon, and travel to Mars and beyond.”

In future missions to Mars, Starship “will enter Mars’ atmosphere at 7.5 kilometers per second and decelerate aerodynamically,” according to the SpaceX website. The craft possesses a heat shield which is built for reuse, although significant portions are expected to be burned away as Starship descends. Prior to ever going to the Red Planet, Starship is scheduled to perform its first orbital flight before the end of 2021, and by 2023 SpaceX CEO Elon Musk says he plans to fly Japanese billionaire entrepreneur Yusaku Maezawa in a trip around the moon with the next generation reusable rocket.

At Odds with the FAA

Following Tuesday’s explosive crash landing of the SN9, the Federal Aviation Administration has stated that it plans to oversee investigations into the incident. A statement by the agency following the crash has also revealed that the previous incident in December involving the crash of the SN8 occurred without SpaceX meeting the terms of an FAA-issued regulatory permit.

“Prior to the Starship SN8 test launch in December 2020, SpaceX sought a waiver to exceed the maximum public risk allowed by federal safety regulations,” an FAA statement read, according to CNET. Following application for the waiver, however, the FAA denied the request, prompting SpaceX to ignore the denial.

“After the FAA denied the request, SpaceX proceeded with the flight,” the FAA’s statement reads. “As a result of this non-compliance, the FAA required SpaceX to conduct an investigation of the incident. All testing that could affect public safety at the Boca Chica, Texas, launch site was suspended until the investigation was completed and the FAA approved the company’s corrective actions to protect public safety.”

Despite the temporary suspension, the FAA has said that it plans to take no further enforcement actions regarding the December incident. Unlike its December launch, Tuesday’s SpaceX flight had met the proper regulatory criteria, according to the agency.

Spy Games: The CIA Shifts its Focus to Threats from China and Foreign Technology

Along with the FAA’s clarification on SpaceX’s decision to skirt regulatory procedure, the agency has seen pushback from Elon Musk, who has complained that some of the agency’s current regulations are prohibitive to the point that they may actually impede the future spaceflight goals of companies like SpaceX.

“Unlike its aircraft division, which is fine, the FAA space division has a fundamentally broken regulatory structure,” Musk fired off in a Tweet on January 28, just days before the Boca Chica crash. “Their rules are meant for a handful of expendable launches per year from a few government facilities. Under those rules, humanity will never get to Mars.”

The FAA currently features a variety of different launch operator licenses, which it issues for various kinds of launch vehicles and operations. These include licenses for expendable launch systems or launch vehicles, which are capable of being launched only one time, the remains of which are thereafter destroyed during reentry or left in space, as well as reusable launch vehicles like those currently in development and use by SpaceX. The FAA also provides two different varieties of launch or reentry operator licenses.

The FAA also performs launch site safety assessments (LSSA), which it describes as “an FAA assessment of a federal launch range to determine if the range meets FAA safety regulations since they were first published in 2006.” The agency notes that as launch practices at various sites are changed and modified, the FAA maintains a record of these changes in its Launch Site Safety re-Assessment Matrix.

In December, SpaceX chose to carry out its test launch of the Starshop SN8 prototype, despite the fact that it was denied the waiver for its operations. Fundamental to Musk’s argument is that the current FAA protocols are designed to complement the United States and its current limited use of government launch facilities, the dynamics of which are likely to change in the coming years with the increasing role of commercial companies in efforts toward putting humans in space. Arguably, with companies like SpaceX setting the stage for the future of human spaceflight, the FAA will likely have to adjust accordingly in the days ahead.