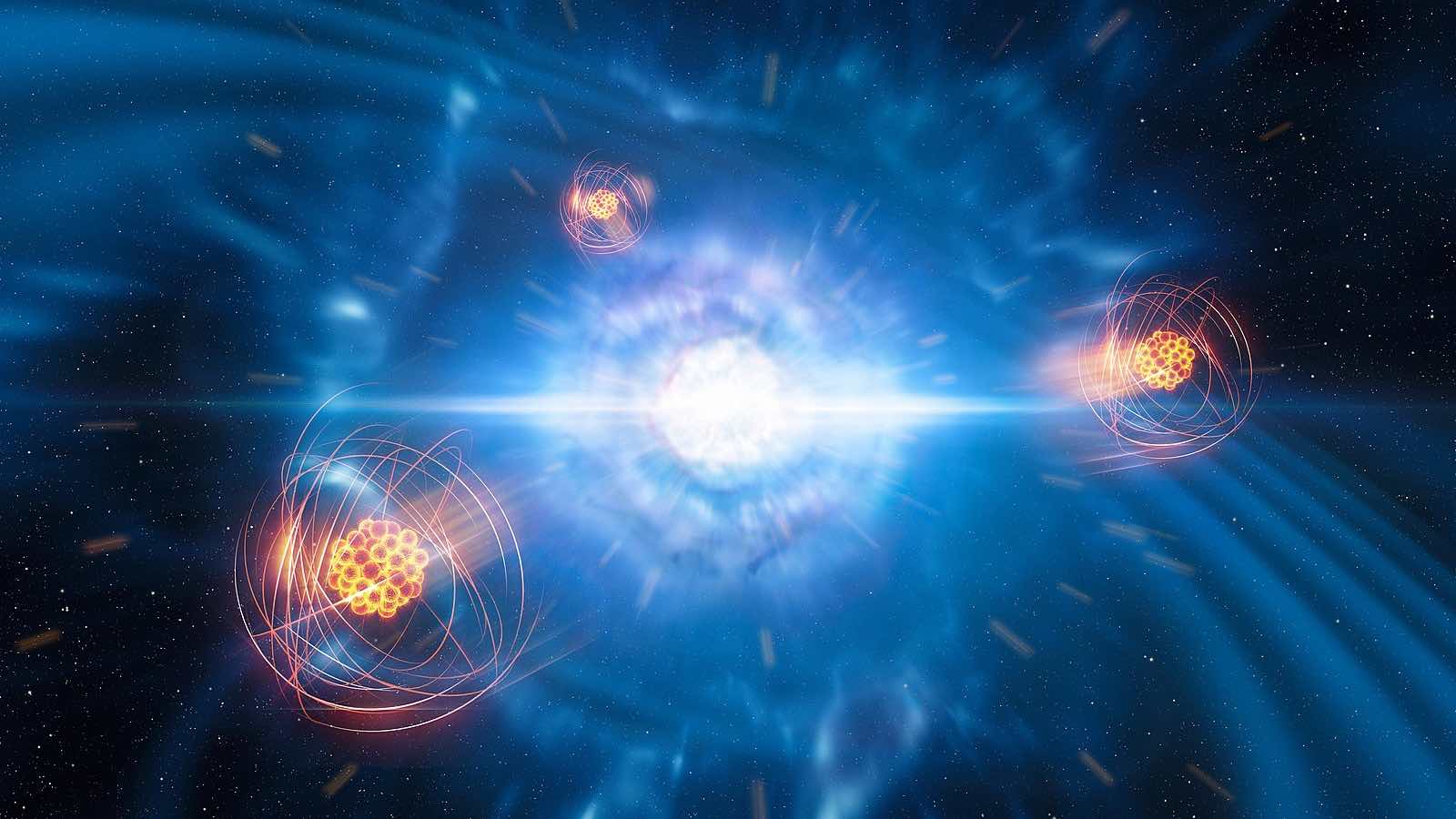 The extremely tiny object, a neutron star known as HESS J1731-347, could actually be a hypothetical quark star that astronomers call a “strange star,” according to new research conducted by a team with Germany’s Institut für Astronomie und Astrophysik.

Researchers Victor Doroshenko, Valery Suleimanov, Gerd Pühlhofer and Andrea Santangelo say they have produced a new method of calculating the distance of this miniature stellar body, which led to the observation of unusual traits it appears to possess.

Strange stars derive their name from the way these hypothetical objects are believed to be capable of maintaining stability under unique stellar conditions. At the heart of the mystery is a bizarre substance known as strange quark matter, an odd kind of matter that is theorized to occur within the core of neutron stars. Like quark matter of the ordinary kind, this substance may be capable of explaining the stable conditions a strange star is theorized to possess.

Encrusted with a layer of neutron star material, some astronomers have even proposed that contained within the strange star crust could hold the key to another astronomical curiosity: the mysterious fast radio bursts (FRBs) that have been continuously detected in recent years. Although unproven to date, current models propose that when a strange star’s crusts begin to collapse, it could provide a source for the distant, intermittent signals that are characteristic of FRBs.

However, one of the most telling features of HESS J1731-347 is that it appears to have less mass than our Sun, which is significant because neutron stars are all believed to have no less than 1.1 times the mass of our Sun. This seemingly indicates that the tiny stellar object must be very unique indeed and perhaps a prime contender for a strange star.

The German research team found that the star is much closer than once believed by pairing their unique method of recalculating the star’s distance with data obtained from the Gaia mapping survey. Based on its correct distance, new calculations for the star’s size and mass were thus required, indicating a radius of just 10.4 kilometers and a solar mass of just 0.77—far less than the requirements of any known neutron star.

Although additional testing is still required, the confirmation of HESS J1731-347 as a strange star would represent another breakthrough discovery in astrophysics, as it would help to confirm the existence of a hypothetical stellar body through observation that has never before been visualized. Even if the object is merely a neutron star, albeit an exotic one, such a discovery would still require updating our current theories about these small celestial objects’ formation, behavior, and appearance.

The team’s paper, “A strangely light neutron star within a supernova remnant,” was published in Nature Astronomy on October 24, 2022.