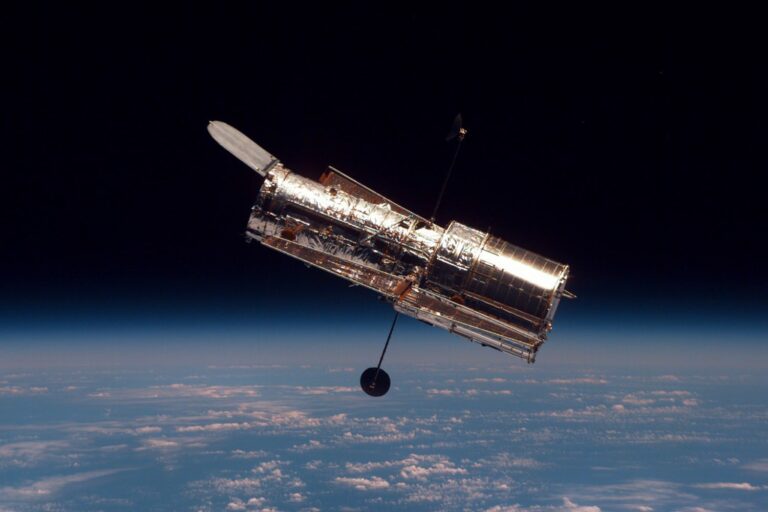 With the help of NASA’s Hubble Space Telescope, new clues about the mysterious radio blasts from space known as fast radio bursts (FRBs) have emerged, as the locations of five of the strange signals have been located within a group of distant galaxies.

Astronomers were able to employ Hubble to aid them in tracing a pair of quick, but very powerful radio bursts originating from the spiral arms of a pair of galaxies, according to a statement.

“Locating where these blasts are coming from, and in particular, what galaxies they originate from, is important in determining what kinds of astronomical events trigger such intense flashes of energy,” read a NASA statement on the research. “The new Hubble survey of eight FRBs helps researchers narrow the list of possible FRB sources.” Digital enhancement of the new images collected by Hubble further aided the research team in visualizing the appearance of the galaxies from which the blasts originated.

Scientists have been perplexed by the odd signals now for many years, since the unusual bursts are able to produce as much energy as our own Sun would take an entire year to do, all within a fraction of a second. The source of the energy that must be produced by these curious interstellar events, which allows them to be detectable at such vast distances, has remained a point of speculation among astronomers since the discovery of FRBs. Theories ranging from natural energetic occurrences within the heart of distant galaxies, to the less likely proposition that alien intelligences might use such blasts of energy as beacons for communication in a fashion similar to our own SETI programs here on Earth.

One of the key problems with studying fast radio bursts is the fact that due to their short duration and ephemeral appearances, astronomers often have a hard time determining where to look for them. Despite this, a number of the unusual energetic bursts have appeared to repeat on very consistent cycles, which provides astronomers with clues as to their possible origin.

The earliest detection of fast radio bursts dates back to 2001, when the event was uncovered in archived data originally obtained by the Parkes radio observatory in July of that year. To date, as many as 1000 additional FRBs have been detected by astronomers, yet only a few more than a dozen have been directly associated with the galaxies from which they originated.

The recent research conducted with the aid of Hubble, which drew from information collected since 2017, allowed astronomers to identify not only the “host” galaxies of the FRBs that were detected but also to determine the types of areas they were coming from.

“Our results are new and exciting,” said lead author of the study Alexandra Mannings. “This is the first high-resolution view of a population of FRBs, and Hubble reveals that five of them are localized near or on a galaxy’s spiral arms.”

Mannings, a researcher with the Astronomy and Astrophysics Department at the University of California, Santa Cruz, added that the new images helped her and the research team visualize what is happening in the host galaxies from which the FRBs appear to emanate.

“Most of the galaxies are massive, relatively young, and still forming stars,” Mannings said in a NASA statement. “The imaging allows us to get a better idea of the overall host-galaxy properties, such as its mass and star-formation rate, as well as probe what’s happening right at the FRB position because Hubble has such great resolution.”

Although the new research brings astronomers one step closer to understanding the origins and nature of fast radio bursts, much work remains to be done. However, the research team led by Mannings, whose work will be published in a forthcoming issue of The Astrophysical Journal, call the new data a significant piece of the emerging puzzle, and acknowledge that Hubble’s role in obtaining it is equally unique.