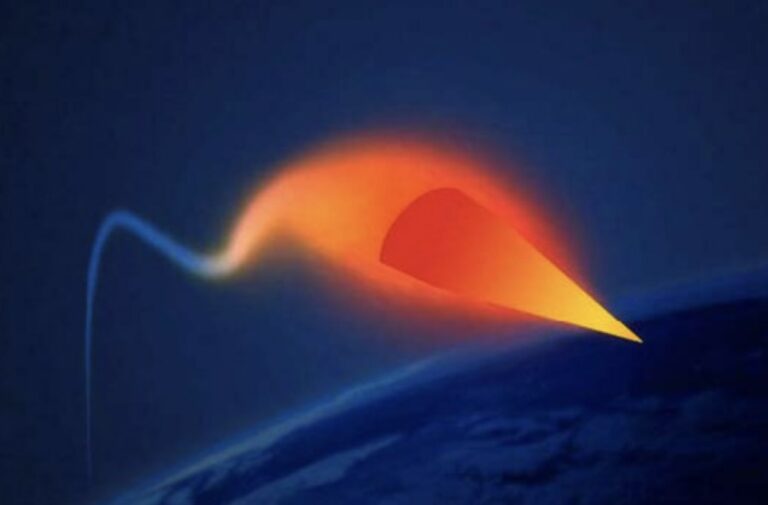 Flight tests of a new Chinese hypersonic missile system drew international attention in recent weeks, and also fueled some concerns about the possibility of outer space nuclear attacks against the United States and its allies.

Recently, experts with the University of Leicester stated that there shouldn’t be any cause for major concern, although they urged for international dialogue and “cool heads”, rather than assuming the worst and creating a panic.

In 1967, the Outer Space Treaty (OST) entered into force, binding all parties to use outer space for peaceful purposes only. In it, many terms were established regarding activities of exploration and use of outer space, namely that all parties are prohibited from placing nuclear arms or other weapons of mass destruction in orbit, on the Moon, or other bodies in space.

The OST is over 50 years old and, so far, it hasn’t been breached. However, it has faced some challenges over the years. For example, in 2007, China destroyed one of its satellites during a ballistic missile test and was thought to have violated the treaty. This idea was invalidated only by the fact that the weapon used didn’t fall under the definition of a weapon of mass destruction.

China has, once again, created cause for concern with a new flight test of an orbital launch vehicle that could eventually be seen as a way to bypass the established OST terms.

This past summer, China fired a novel space weapon known as Fractional Orbital Bombardment System (FOBS) that circled the planet and then re-entered the atmosphere at velocities way faster than the speed of sound, aiming towards a specific destination on Chinese territory.

The use of such a Chinese hypersonic missile could have devastating military capacities as it could, for example, bombard targets from orbit, overcoming existing missile defenses. Plus, the hypersonic vehicle only missed its target by 24 miles. These capabilities were enough to cause alarm among U.S. officials but not everyone was convinced by the report.

University of Leicester experts Bleddyn Bowen and Cameron Hunter explored the possibility that the Chinese launch tested a FOBS that could potentially accelerate a warhead to orbital velocity but without allowing it to complete a full circuit of Earth, avoiding a breach of the OST. Their study culminated in a new policy brief for the Asia-Pacific Leadership Network.

“It’s still unclear at this time what exactly was tested by the Chinese military, but if it was a FOBS-like capability, it is unlikely to be fielded on a large scale due to the expense of fielding the high numbers of the weapons required for a meaningful nuclear capability, the ineffectiveness of U.S. missile defenses in defending against China’s existing nuclear weapons and the very limited gains FOBS provides above and beyond China’s existing nuclear forces on Earth”, Bowen said.

The researchers are asking all parties to keep “cooler heads” when it comes to analyzing and solving the issues regarding this situation. They also stress that increasing the dialogue and transparency on space security is incredibly urgent and encourage other nations to take action and provide leadership in the field, instead of waiting for China or the US.

Even if these Chinese launches weren’t a complete breach of the OST, it’s not hard to imagine that further testing with similar tech will easily lead the US to perceive it as a violation, inciting retribution.

“This test hasn’t come from nowhere – US missile defenses in the 1960s were explicitly intended to nullify a Chinese nuclear attack. Since then, the US has consistently dismissed Chinese officials’ concerns that more modern technologies have the same purpose”, Hunter explained.

China and the US have a hard time (or lack of will) communicating about these issues. The miscommunication could end up resulting in dire consequences unless other countries are willing to step up to plate and take measures into their own hands. “The Chinese government, for its part, has repeatedly refused US invitations to talk about nuclear weapons. Today, there is little-to-no dialogue, and this test will only make matters worse”, Hunter said.

“In the absence of the US and China from the negotiating table, other governments in the Asia-Pacific have the opportunity to take the initiative and try to foster trust on these important strategic issues.”