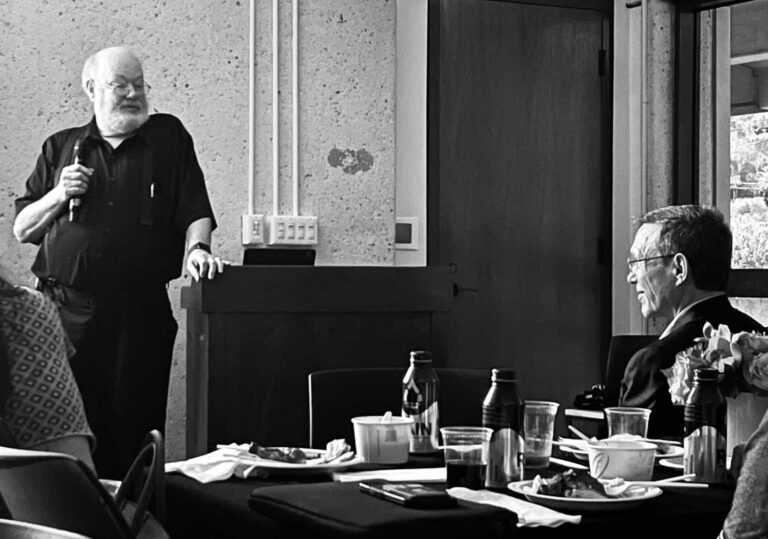 Extraterrestrial Intelligence: What is Our Rating on the Cosmic Dating Scene?

At the banquet of the first Galileo Project conference, Professor Ed Turner from Princeton University made the case that intelligent life may be extremely rare in our Universe. I was not surprised since I already knew intelligence to be rare on Earth, so extending this proposition to cosmic scales in the search for extraterrestrial intelligence seemed plausible. But as Ed concluded his arguments about how special we might be, I could not resist asking the question: “Do these arguments make you religious?”

There are two ways to interpret our existence as sentient beings. The materialistic view considers consciousness as an emergent phenomenon out of the initial soup of chemicals that pervaded early Earth. It took 4.5 billion years for natural selection to make Homo Sapiens a few million years ago, and within a billion years from now the Sun will boil off all liquid water on Earth.

With this perspective in mind, our existence may have been replicated repeatedly on other planets over the past 13.8 billion years since the Big Bang. Keep in mind that the number of times the dice was rolled in the form of an Earth-size planet in the habitable zone around a Sun-like star is at least ten to the power of thirty-one; the number of habitable planets in the spatial region that extends 4,000 times beyond the horizon of the observable universe, the minimum volume where such planets are expected to exist. The principle of mediocrity echoes the Copernican principle, namely that the Earth is not at the center of the Universe and that we, as observers, are not privileged. Intelligence emerged in the last fifth of the lifetime of Earth as a habitable planet, but a factor of five does not necessarily make us rare, given that most stars formed billions of years before the Sun.

Just as with Wolfgang Amadeus Mozart, who died prematurely just before reaching the young age of 36 years, the most advanced extraterrestrial civilizations may have died by the time we reach their technological lifespan and attempt to reproduce their astonishing accomplishments. Searching for their radio signals – echoing our own technological baby steps, would resemble an unrealistic attempt to reach Mozart over the phone after his death. Instead, we should seek the relics these civilizations left behind, like the musical notes of Mozart.

On the other side of the argument, the “Rare Earth hypothesis” lists many unlikely astrophysical events and circumstances that were needed for terrestrial life to exist. This hypothesis makes us feel special. But it also brings home a sense of responsibility. If we are cosmically rare, we must guarantee our long-term survival. Towards that goal, we may wish to spread copies of our precious existence elsewhere in the Solar system or the Milky Way galaxy so that our existence will not be vulnerable to a single-planet catastrophe.

What would constitute the simplest test of whether we are mediocre or special? …  a scientific search for the relics of extraterrestrial technological civilizations.

As anyone in the dating business knows, finding a match requires dedicated efforts and resources. Believing that we are unique removes the wind behind the sails of the search. But without searching, we will never know if we are truly rare. Scientific evidence is under no obligation to conform to our misconceptions, especially if those are driven by an unsubstantiated sense of privilege. Scientific inquiry stems from our willingness to accept evidence that violates our prior beliefs. It is our obligation to our self-assigned title of an “intelligent civilization”, that makes us adapt to agnostic observations of reality rather than surrender to an exaggerated sense of self-importance.

The traditional SETI approach of seeking radio signals is now complemented by the Galileo Project – the first privately-funded scientific research program in search for objects near Earth that may have originated from an extraterrestrial technological civilization. Finding even a single extraterrestrial artifact would be sufficient to settle the debate about our intellectual status in the cosmos. Finding no such object after an exhaustive search would set limits on the technological capabilities or motivations of anyone else out there.

The search for the unknown resonates with spirituality and not just materialism because we never know what we might find. Currently, there is no business plan associated with the search for other civilizations, but one can imagine huge profits from importing unfamiliar technologies to Earth. Our culture could also benefit greatly from new scientific knowledge, but like with dating opportunities – we must first invest major efforts and resources in the search.

Jingle Bells Was The First Song Ever Played in Outer Space


O'er the fields we go, laughing all the way...

At the end of his lecture, Ed Turner warned that the Galileo Project might find nothing. My reply was short: “By pursuing the search, we would at least know that we have tried. Life without challenges is boring. Learning from experience provides a sense of purpose or meaning to our life, irrespective of what we find.” Ed agreed. After all, this is why he is a dedicated member of the Galileo Project.

Following our exchange, I asked Ed Turner (whose initials, I will note, happen to be E.T.) to join the steering committee of the Galileo Project. Our team brings together researchers of different initial views, but which are all united by the notion that evidence from our new suite of instruments should serve to guide us irrespective of our individual perspectives.

Based on such principles, I purposely assembled a diverse research team of both skeptics and advocates under the umbrella of the Galileo Project. Pending future discoveries upon which they might one day all agree, I will know that the evidence we collected has been given a robust interpretation: the trademark of the scientific method.