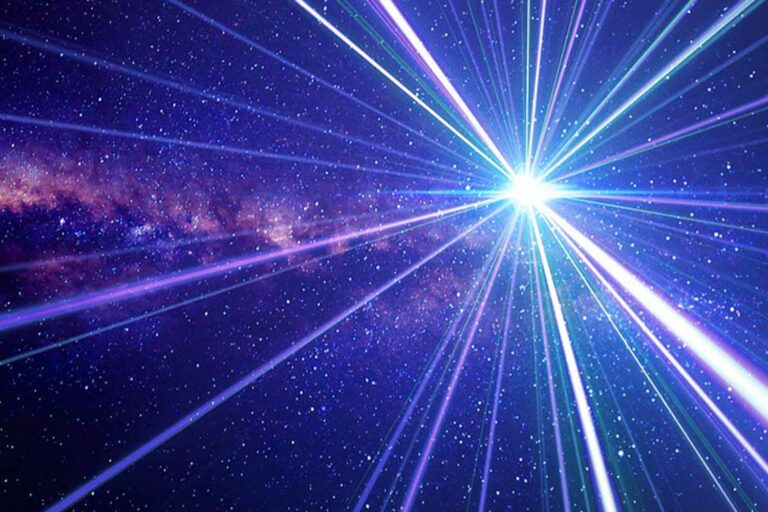 It was May of 2013, and I needed a faster-than-light drive something fierce.

Not in the real, tangible sense—though if a drone had dropped one off on my porch, I would not have refused it, as my ‘to the stars’ bag is always packed. No, see, I was writing a science fiction novel (how that came about is a far longer story than this article has room to cover). I had my map of colonized space marked up, and I knew where all the big, dramatic events were going to take place. The only problem was, it would take hundreds-to-thousands of years to travel between those locations at sub-light speed, and my characters needed to zip among them with all due haste.

Existing science fiction IPs gave me many options to choose from, of course. There was hyperspace, from Asimov’s Foundation series through to Star Wars. Also, the slipstream space of the Halo game franchise. All manner of wormhole travel, from the gates of Stargate to those of Peter F. Hamilton’s Commonwealth universe and many in between. And above all, I did not want the literal hellscape the voidships of Warhammer 40K careened through!

Granted, since I’d proclaimed I was writing space opera, I could simply say, “She fired up the FTL drive and accelerated toward the distant colony,” and be done with it. But I’d been a devotee of space and astronomy since I read Carl Sagan’s Cosmos when I was 13 years old, and I wanted the technology in my book to be at least theoretically plausible, assuming some consequential discoveries and advancements in the intervening 300 years. Thankfully, some feverish research introduced me to the work of Dr. Miguel Alcubierre, a theoretical physicist and my new hero.

In 1994, Alcubierre published a paper that made him famous (in the circles I run in, anyway), “The Warp Drive: Hyper-fast travel within general relativity,” in the journal Classical and Quantum Gravity. Wait… ‘warp drive’? Like in Star Trek? Well, sort of, yes. The term ‘warp drive’ was first coined in John W. Campbell’s 1931 science fiction novel Islands of Space, but no details of how such a drive might function existed when Star Trek cribbed the term.

Nonetheless, Dr. Alcubierre is said to have told William Shatner that his theory and selection of the term ‘warp drive’ for it were directly inspired by its use in the Star Trek franchise. I hope the esteemed Mr. Shatner was duly flattered.

Why was Alcubierre’s theory so exciting to me back in 2013 (and why is it even more exciting today)? In short, it proposes a way to travel through space faster than the speed of light without breaking the laws of physics that say you can’t do any such thing. It accomplishes this by warping a bubble of space around an object in such a way, so the bubble travels faster than light, while the object ensconced within it hardly moves at all.

There are a couple of thorny details still to work out, most notably that negative mass exotic matter is required to create the warp bubble. While matter with negative mass passes the ‘general relativity’ test by the skin of its teeth, it’s never been shown actually to exist out there in the cosmos. Not yet.

Still, my test was ‘theoretically plausible with a few leaps forward in our understanding of physics,’ so this was good enough for me. I dove back into my novel (Starshine), and the Alcubierre Oscillating Bubble Superluminal Propulsion Drive, or sLume Drive for short, was born in my little Amaranthe universe. My main characters used it to get where they needed to be and to:

Fast forward to 2021. I’ve published 16 books in my not-so-little-any-longer Amaranthe universe, and the sLume Drive is now archaic technology, superseded by Caeles Prisms and Zero Drives. In the intervening years here in the real world, about once a year, an article would pop up speculating that NASA or DARPA was secretly working on developing the technology for a warp drive, but nothing ever came of those stories.

Now suddenly, the Alcubierre warp drive concept is everywhere in the news. As detailed here on The Debrief recently, engineers Jessica Gallanis and Eytan Halm Suchard have filed a patent application for a drive using the most current incarnation of the theoretical warp drive (several scientists, most notably Dr. Harold White, have refined the theory and significantly reduced the anticipated energy involved). They envision putting together a team of experts who can develop the materials required to build a working proof of concept, but they currently lack the funding. Now that’s a Kickstarter I’ll support.

This story had barely hit the headlines in early March when news broke of two separate scientific papers detailing fresh approaches to the Alcubierre warp drive that could solve several of its biggest challenges. They’re both published in the journal Classical and Quantum Gravity, making it the undisputed place for warp drive theories. The first is a paper by Alexey Bobrick and Gianni Martire, in which they propose a model that nearly eliminates the negative mass requirement by using ‘floating bubbles’ of spacetime. The second is a paper by Dr. Erik Lentz that offers using ‘solitons’—self-reinforcing wave effects—to maintain a warp bubble shape while moving at a constant velocity. Importantly, while soliton bubbles will consume a lot of matter/energy to function, this matter/energy will not need to be negative in nature. This puts the theory back in the realm of ‘conventional physics,’ which seems to make many scientists happy.

A patent application and two respected scientific papers in less than a year? For us space junkies, this is like Christmas morning (and a hearty thanks to all these scientists for validating my choice eight years ago). Expect different scientists to dissect and argue over the concepts presented in these proposals in the following months, thereby inching the science ever closer to reality. Hopefully.

I’ve always believed that in time we will develop the knowledge and know-how needed to design and build a warp-style drive—but even in my books, we don’t get there for another hundred years. It’s starting to look like I might have been a little too pessimistic in this assumption. Now, if you’ll excuse me, I need to double-check the readiness of my ‘to the stars’ bag.

G. S. JENNSEN is an internationally bestselling author of sixteen novels and numerous short stories. Her first novel, Starshine, was named the 14th best sci-fi novel by a woman published in the last fifty years, and her recent novel, Inversion, was voted the Best Sci-Fi Book of 2020.

Her life’s previous incarnations included time spent as a lawyer, a software engineer, and an editor. When she isn’t writing, she’s gaming, working out, getting lost in the Colorado mountains that loom large outside the windows in her home, or sitting on her back porch with a glass of wine, looking up at the stars, trying to figure out what could be up there.