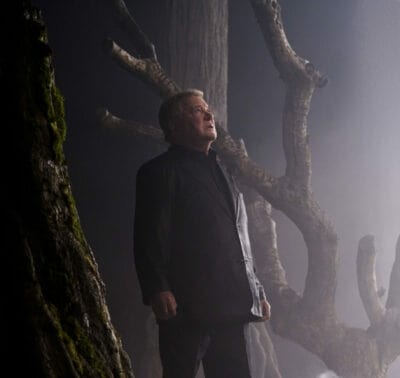 
The Debrief sat down with the actor to talk about his TV show, extraterrestrials, and the mysteries he finds compelling.

One of pop culture’s most famous and prolific science fiction icons, William Shatner, has been busy exploring the unknown on cable television.

The 89-year-old Canadian actor, singer-songwriter, voice-over artist, movie producer, and director has had a long career. Shatner began his acting in the early 1950s, performing Shakespeare’s plays in Ontario and shooting Canadian films and TV shows. He eventually found himself on Broadway in 1956 and acting on American television in the late 50s. Appearing on famous programs like The Twilight Zone, Alfred Hitchcock Presents, and Gunsmoke, Shatner’s star began to rise. The actor was eventually cast as Captain James Kirk in Star Trek in 1966. While the show was unsuccessful and canceled after its third season, it would launch Shatner into eventual stardom roughly a decade later. He would eventually win Emmys, appear in many popular TV programs and films, and even produce several music albums ranging from Prog Rock to the Blues.

Shatner’s latest project is History Channel’s The UnXplained, a reality TV show that explores various “mysteries” and anomalies such as stories of alleged superhuman powers, curses, UFOs, and engineering marvels.

The Debrief sat down with William Shatner to talk about his latest projects, career, and overall interest in the paranormal and the weird.

MJ Banias: You’ve performed Shakespeare on the stages of Ontario, you’ve captained a starship, you created the best cover of “Common People” known to humankind, and now you’re doing The UnXplained. Do you think you have lived a strange life that would justify you having a show where you explore strange things?

William Shatner: Well, no, I don’t think I’m justified, but what I am is curious about everything. I read a lot. I find myself watching documentary films rather than fictional ones. I read books about theoretical science. The world abounds in unexplained mysteries. And that’s what the show, The UnXplained, which is on Friday nights on the History Channel, is all about.

MB: I hear you are diving into the UFO and ET topic.

WS: This coming Friday from 9:00 until 11:00 [Eastern] on the History Channel, it is all about Ancient Aliens. Did aliens come here? Are they here? What’s the explanation behind some of these almost impossible engineering feats that are part of mankind’s legacy? How did they lift these enormous objects and transport them, where our engineering experts can’t do it today? What’s the explanation behind that? How did we achieve these giant jumps in intelligence? And suddenly, we went from coming out of a tree to these inventions that propel mankind. Some people attribute it to aliens interfering or guiding human beings. And some people look askance, like myself, which is what this two-hour thing is on Friday. I want to know why people believe ancient aliens existed and why they think that aliens exist today. I mean, it’s a fascinating subject of which we know very little.

MB: So you clearly find this topic compelling?

WS: Yes. A while ago, and I don’t know whether you saw it or not, the Navy scrambled jets to investigate objects that were flying overhead. And they used their cameras, and the radar on the ground saw the same thing. And the Navy released the films. And the public saw footage of very mysterious things scooting around and going at impossible speeds. What was all that? We don’t know.

MB: So, would you call yourself a believer, or are you skeptical of all this? Or are you agnostic and rest somewhere in the middle?

WS: Well, I rest in the middle. The middle is, “I don’t know.” The middle is, “something happened.” They certainly lifted those large objects 5,000 years ago, and something flew by those airplanes’ cameras. But what the explanation is…I mean, agnostic doesn’t quite fill the gap. It’s, “I don’t know.” And I’m fascinated by the mystery, and I’d like to explore (or have somebody else explore and tell me about it) because the explanation would lead to a whole new view of civilization. If you could explain what flew by that camera, or if you could explain the lifting of those heavy objects, and it came out to be otherworldly, well, we’ve got proof now. What are the ramifications of discovering that not only is there other life out there, but it’s far more intelligent than we are?

WS: Or that they came down and they said, “Look, guy, here’s how you lift this stone and place it over here.” I mean, if they talked to us, if that was the explanation, what are the ramifications of that? So out there possibly lies a mystery that is so foreign to us human beings that not knowing is driving us crazy.

MB: Well, I think any mystery is compelling. I think there’s something about humans always wanting to explore the unknown.

MB: Do you believe that one day we will find intelligence out there in the cosmos, whether it’s through radio signals or other technosignatures?

WS: Here’s what I think. I think we’ll discover life of some kind on Mars when we get there. Or this next rover will dig deep enough to find something alive. Because there’s water, and there had to have been life before the atmosphere evaporated. But the mathematics involved here is profound. You have this smallish planet, hovering around a smallish star that’s innocuously floating at the far end of the galaxy. So there are billions of planets, billions of suns, billions of galaxies. Billions, billions upon billions, uncountable, unimaginable numbers. And you’re going to tell me we’re the only ones? I mean, how egotistical that is of mankind to think we’re the only ones? I think that the universe abounds in sophisticated life, far more sophisticated than we are. Because we’ve been around as these human beings with this intelligence for, what, 100,000 years?

MB: So it boils down to numbers for you?

WS: The universe is 13 billion years old. And mankind’s been around, thinking, for what, 100,000 years? 200,000 years? Somewhere in that neighborhood, and we don’t quite know when all that struck. But even say 200,000 years is minuscule compared to the billions of years that have gone by. And nobody else came around? Nothing else said, “Well, who are we? What are we doing?” I find it impossible to believe that.

MB: The Debrief often interviews scientists and researchers who work at NASA or in SETI programs. To break the ice, I often ask how they became interested in astronomy and these related fields. Many of them often say something like, “Well, when I was a kid, I was kind of a geek, and I was into Star Trek….” It could be argued you played a cultural role in influencing this wide interest in space and astronomy.

WS: Well, it’s fun that they say, “Well, we were intrigued.” They know far more about science and what we are dealing with than I do. I’m intrigued too. But they went on to study, and they must be, I don’t know, enraged that we know so little. Here’s a basic mystery. The universe is expanding. It should be contracting. It’s expanding. All our knowledge about gravity is saying, “Okay, these objects should be pulling together. We should be ready for another explosion.” And it’s expanding, it’s going against all our scientific knowledge. So how much do we really know? There is so much more out there. It’s all hanging out there as mysteries. That is what I want to explore with this show. It is great fun.

MB: So, you’ve done television and movies. You’ve written books, you’ve voiced video games. You’ve done spoken-word, classic rock, country music, you even a Christmas album. You’ve written, directed, produced, and performed in basically every facet of the entertainment industry. For William Shatner, what is the next show business frontier?

WS: I’m doing a new album. We’ve got the album’s label, and we’re finishing it up. It was done all during this pandemic by telephone and computer. When it’s ready, I’ll speak about it. But I’m doing all kinds of things—a new artificial intelligence and science show. I’m immersed in the world of the future. And I just hope I stay alive long enough to see more of these things come to fruition.

This interview has been edited for length and clarity.