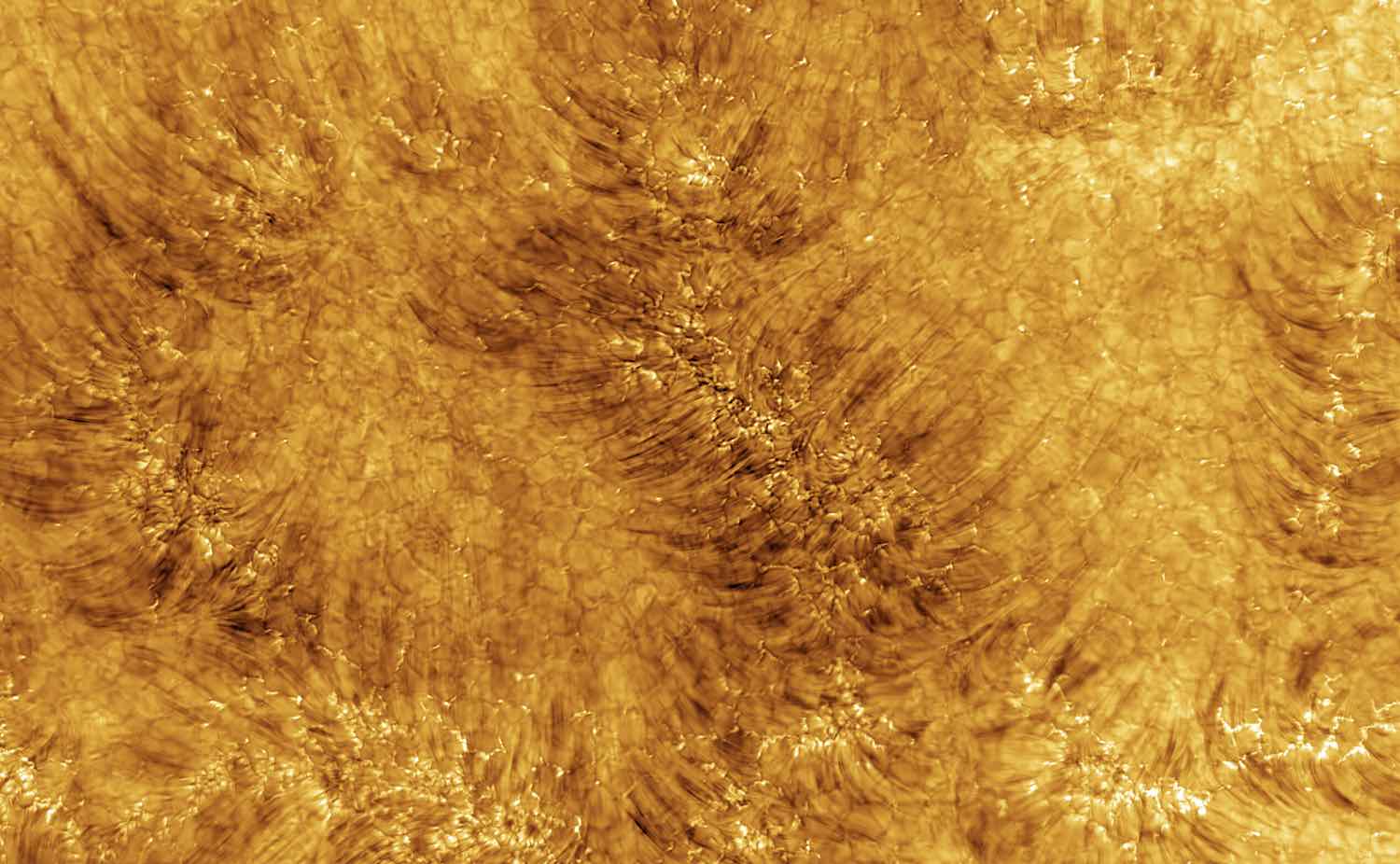 For the First Time, These Incredible New Images of the Sun Reveal Its Mysterious Chromosphere

A pair of incredible new images of the Sun are revealing hidden details about the atmosphere surrounding Earth’s nearest star, with help from a solar telescope that is expected to usher in a new chapter in the study of solar science.

Conveying the Sun’s surface in remarkable detail that resembles a swirling sea of golden fire, the new images are the first to capture the chromosphere, the atmosphere above the surface of the Sun, within an area comprising 51,300 miles of the star’s blazing exterior.

The second of three primary layers contained within the Sun’s atmosphere, the chromosphere, at an estimated 2000-3000 miles in height, is sandwiched between the area above it known as the solar transition region and just above the region called the photosphere. Jets of plasma known as spicules can be observed in the new images, which extend upward through these regions as much as 6,200 miles, piercing the Sun’s corona.

Characterized by its reddish hue, the chromosphere produces electromagnetic emissions of a specific variety that have served as the basis for much of what astronomers have learned about it in the past, especially given the difficulties involved with visualizing it.

That will likely change, as the new images show, thanks to the capabilities of the Daniel K. Inouye Solar Telescope, the largest telescope on Earth and, now, the flagship solar telescope of the National Science Foundation (NSF).

In late August, the powerful new telescope was inaugurated at an event comprised of scientists, members of congress, and Native Hawaiians just below the summit of Haleakalā, the gigantic shield volcano that comprises more than three-quarters of the island of Maui.

The telescope, which has undergone its Operations Commissioning Phase (OCP) during its first year in operation, is a project a quarter century in the making.

“Over 25 years ago, the NSF invested in creating a world-leading, ground-based solar observatory to confront the most pressing questions in solar physics and space weather events that impact Earth,” read a statement released by the National Solar Observatory (NSO). “This vision, executed by the Association of Universities for Research in Astronomy (AURA) through the NSF’s National Solar Observatory (NSO), was realized during the formal inauguration of the Inouye Solar Telescope.”

In the years ahead, the Inouye Solar Telescope will attempt to collect information about the Sun in never-before-seen detail, which will greatly broaden our understanding of solar observations in coordination with existing projects that include observations made by the Parker Solar Probe, NASA’s spacecraft that is currently studying the Sun’s corona, as well as the Solar Orbiter, a joint mission developed by the ESA in partnership with NASA that aims to study the Sun’s polar regions, which are difficult to view from Earth.

Sethuraman Panchanathan, NSF Director, said that the Daniel K. Inouye Solar Telescope will “forever change the way we explore and understand our sun.”

“Its insights will transform how our nation, and the planet, predict and prepare for events like solar storms.”