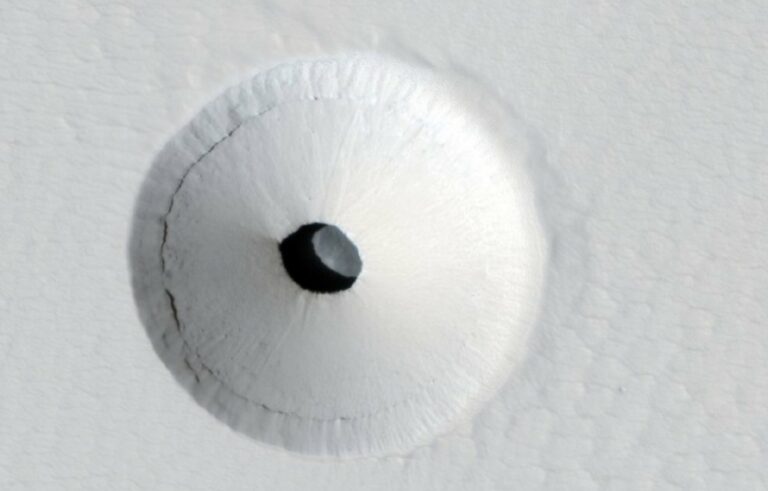 (Credit: By NASA/JPL/ University of Arizona)

As the Moon becomes the next hot spot for space travel, many countries are looking for areas to set up lunar bases. While the Shackleton Crater, a large crater on the Moon’s south pole, is a key location for many of these missions, several space architects within the Chinese space program are designing an underground base to live in a lunar lava tube.

Because these tubes naturally shelter inhabitants from extreme temperatures and solar radiation, China may be giving themselves a particular advantage with this new design for sustaining long-term visits to the Moon.

The Shackleton Crater has been studied from orbit by NASA’s Clementine, as well as the Lunar Prospector, Lunar Reconnaissance Orbiter, and the Lunar Orbiter 4 probes. The crater in question is interesting for many reasons, the first being the presence of ice. NASA found from the Lunar Reconnaissance Orbiter that the crater’s surface may be made up of 22% ice, which could help sustain life and provide key details to the Moon’s history.

A second reason for the crater’s popularity is its light conditions. Because it is at the south pole, it is almost always in total light or total darkness. Total light allows for a higher quantity of solar power to be harvested, while total darkness can preserve the ice that is in the crater. To better understand the Shackleton Crater’s composition, NASA plans to land a robotic drilling machine in the crater. The machine, Polar Resources Ice Mining Experiment I, or PRIME I, may give the first evidence of water being present on the moon.

Lava tubes, in contrast, have yet to be shown to contain ice and do not have optimal light conditions. These tubes were created when a lunar volcano erupted. As the stream of lava cooled on the outside, the inside slid out to form a giant hollow tunnel. Many of these tunnels are underground and quite large, running for several kilometers. Because they provide natural shelter from radiation and extreme temperatures, they seem to be another attractive location for living on the Moon.

Several Chinese space architects are interested in exploiting these tubes for another reason: they could provide a source of much-needed space between lunar bases.

“The Moon’s south pole could become really crowded and the extraction of water ice remains technically challenging, so we wanted to explore other possibilities,” explains assistant professor at the Harbin Institute of Technology’s Architectural Design and Research Institute, Pan Wente.

To fit inside one of those tubes, Wente and others are designing an underground base called “Laurel Tree,” which will boast a pyramid-shaped roof above ground for exit/entry and more space below ground for living quarters. In order to build Laurel Tree, Wente says that most of the parts would be built directly on the Moon via modular expansion or on-site construction.

China has been making headlines for its focus on the Moon recently, but it is only one of many countries itching to land there. The U.S. and Russia also have plans for long-term visits to the Moon, each including permanent lunar bases. In early 2021, China and Russia also announced a joint operation to build a lunar research station by 2035.

With NASA’s promising Artemis program, the United States has its own hopes for future research efforts on the Moon. In total, these three competitors are creating a next-level space race that will no doubt lead to new innovation and will likely set the pace for future discoveries on the lunar surface for decades to come.