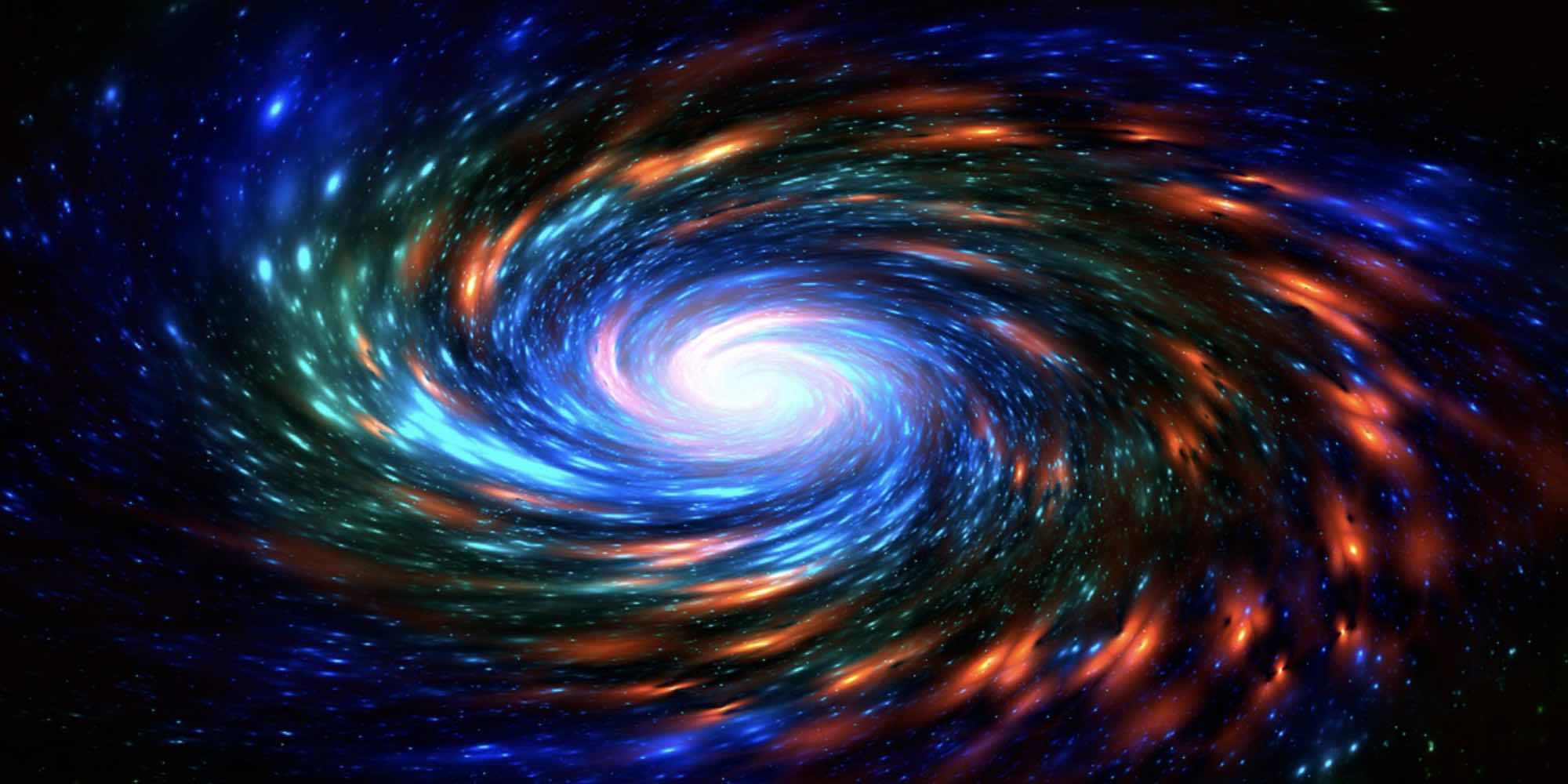 Gravity is a common feature of life on Earth that all living creatures experience on a daily basis. Yet it is subtle enough that, for the most part, it goes unnoticed.

That is, until we drop an egg, spill our coffee, or an expensive vase falls off a shelf in our homes, reminding us that even the weakest of the four fundamental interactions known to physics, while hidden in plain sight, still exerts a significant influence on everything around us.

Some 1029 times weaker than the appropriately named weak force, which governs the radioactive decay of atoms, gravity is so subtle that it has virtually no effect at the subatomic level. Yet at the scale where interactions between objects are observable to us, gravity is the force that literally commands the motions of planets, as well as that of stars and galaxies. Even light, which universal laws govern to be the fastest thing in existence, cannot escape the influence of gravity.

Despite its ubiquity, gravity also remains one of the great mysteries of modern physics. While there remains no complete or perfect theory as to how gravity works, the best description of it remains the one Einstein gave us in 1915 with the publication of his general theory of relativity. To Einstein, gravity can be thought of not so much as a force acting on objects, but instead as a way to observe the curvature of spacetime itself that results from variances in the distribution of mass throughout the universe.

For example, a large solar body will curve spacetime around it such that a smaller planet will be drawn into orbit around it. In a similar fashion, even smaller objects will also be attracted to the gravitational influence of that planet, and may thereby enter an orbit around it, becoming a moon.

Today, physicists continue to work toward expanding on Einstein’s fundamental ideas to resolve the question of gravity in a way that also works harmoniously with our knowledge of quantum mechanics. A quantum gravity theory, in essence, would be significant to scientists because it would not only unite our macroscopic and subatomic perspectives of reality, but would also potentially allow gravity to be incorporated mathematically along with the other three fundamental interactions into a long-sought “theory of everything” the likes of which physicists currently aspire to formulate.

Several theories have been advanced over the years, aimed at helping physicists get a better handle on what gravity and its relationship to other phenomena in our universe may represent. However, one problem that has arisen from past attempts at resolving the lingering questions about gravity is that they often fail to account for all of the theoretical components required for a true theory of quantum gravity.

Matthew Edwards, who has worked for years at the University of Toronto Library, is also a longtime independent researcher of theoretical topics that include gravitation physics. This interest led him to edit the volume Pushing Gravity: New Perspectives on Le Sage’s Theory of Gravitation, which drew from the work of the 18th-century Genevan physicist Georges-Louis Le Sage, who posited that there were mechanical forces at work behind the mystery of gravity.

According to Edwards, modern attempts at creating an all-encompassing quantum theory of gravity “are plagued by the weak theoretical foundations of quantum physics,” which he believes has led to hypotheses that “gain more respectability than perhaps deserved.”

“The huge gap between gravity and quantum physics cannot have left other fields unaffected,” Edwards recently wrote, proposing the novel idea that “the solution to these issues comes from general relativity—or, more precisely, an optical analog of it.”

In a new paper entitled “Optical gravity in a graviton spacetime” (Optik, Volume 260, June 2022), Edwards puts forward a novel theory of gravity based on past observations which have hinted at there being an optical medium of spacetime that not only serves as an analog for the observable effects of gravity, but which could also provide a physical means that might potentially help account for it. Such observations include the way light is deflected as it passes by mass, which as Edwards notes is “mathematically equivalent to the refraction of light in an optical medium with a density gradient.” This is not mere happenstance to Edwards, who further argues that the explicit correlation between these two observations has proven useful in recent explorations of things like gravitational lensing, the effect where light is bent as a result of the distribution of matter between an observer and a far distant light source.

The Debrief recently caught up with Edwards, who in addition to discussing the origins of his unique perspectives on an optical analog for gravity, also provided several insights about the role gravity waves and hypothetical particles like gravitons play in his theory, and what this could all mean in terms of resolving one of the greatest questions in modern physics.

Q: Can you provide a bit of background on how you formulated the possibility that energy that gravitons and gravity waves lose, as well as the energy lost from redshifted photons in the context of spacetime expansion, might be related to gravity as we currently observe it?

A: I had always been interested in gravity models similar to Le Sage’s theory.  In those models, space is filled with tiny particles or electromagnetic waves which hit objects from all sides, driving them together.  I edited a book on that topic in 2002, called “Pushing Gravity: New Perspectives on Le Sage’s Theory of Gravitation”.  I gathered numerous Le Sage-type models together.  My own model at the time was rather weak.  Some gravity models, like Dirac’s decreasing G model, had implications for geology.  In some of those models the Earth and other bodies were thought to slowly expand.  Exploring that aspect I noticed that if you take a planet’s internal gravitational potential energy U and multiply it by the Hubble constant, H0, it seemed to be proportional to the heat that the Earth and other planets actually emit.  For the Earth it also gave enough energy to allow for its radius to expand slowly.

Later, I found that the same relationship was also true for white dwarfs, neutron stars and black holes.  It was as though gravitational potential energy has a counterpart, discrete form of energy, more like photons, which could decay to photons and/or heat.  It was natural to identify this energy form with gravitons.  It turned out that if the universe’s entire store of gravitational potential energy decayed in this way, the energy released was sufficient to cause gravity.

The gravity mechanism was still unclear, though, as I didn’t yet understand why gravitons or photons should decay in this way.  I had never supported the Big Bang model and so I did not suppose it to be due to universal expansion.

Q: At the heart of what you discuss is the graviton, and the way they acquire longer wavelengths as a result of Hubble redshift and its effects. Can you talk a bit about the process here, in terms of the loss of momentum and energy that occurs, which you suggest might produce an attractive force that is consistent with gravity?

A: The key to optical gravity is the so-called optical-mechanical analogy in general relativity.  This treats relativistic light deflection by a mass as though it occurs by refraction in an optical medium about that mass.  The nature of optical momentum in optical materials is still problematic – the so-called Abraham-Minkowski controversy – but in the space context it is Abraham’s interpretation which appears most applicable.  Accordingly, a photon (or graviton) in passing through a block of optical medium transfers energy and momentum to the block while inside it.

Aliens May Pollute and That Will Help Us Find Them

I’m proposing that spacetime consists of all the streams or filaments of gravitons stretching between all the masses of the visible universe.  For this graviton spacetime medium to also be an optical medium, like we find in ordinary optical materials, gravitons would need to have some of the properties of photons.  They could be a form of virtual photon, for example.  In this case, using the Abraham interpretation of optical momentum, gravitons and photons passing by a mass would lose energy and momentum to the envelope of spacetime attached to the mass, which would then be transferred on to the mass itself.  I calculated the rate at which photons and gravitons would lose energy in passing by all the remote masses of the universe.  It turned out to be the same rate as light loses energy with the Hubble constant, H0.  So I had a mechanism which potentially explained both where the energy for gravity comes from and what the Hubble constant really is.

Q: Lastly, as far as defining the optical component of all this, how does an optical analog to general relativity work in terms of its relationship to gravity, thus giving rise to your proposed concept of “optical gravity”?

A: In optical gravity, as any graviton or photon passes a mass, it would lose energy and momentum to the spacetime envelope around that mass.  The motion of the envelope is transferred by the graviton linkages to the mass itself, which is then pushed also.  The graviton therefore has less energy when it passes a second mass, and so transfers less momentum and energy to it than it did to the first.  Meanwhile, a graviton coming from the opposite direction will likewise lose more momentum to the first mass passed by than the second.  This causes the two masses to be pushed together.  If you add up the effects of all the gravitons in the universe passing by the two masses, this effect produces Newtonian gravity and the gravitational constant G.  The total energy content of gravitons in the universe stays the same, however, as weaker, redshifted gravitons are reprocessed by masses into high-energy, coherent gravitons once more, once again forming stable spacetime structures locally.  It’s Le Sage’s theory again, except that the mutual shading occurs on the cosmic scale rather than at the scale of atomic nuclei.

With optical gravity we can connect general relativity with quantum theory.  The average science student will have heard on one hand that spacetime curvature in general relativity is enough to teach masses “how to move”.  But how can the spacetime curvature induced by two hydrogen atoms light years apart be so precise that it gives the correct gravitational force between them?  It’s truly astonishing to imagine it could.  At the same time, quantum gravity models have mutated into so many forms, all degenerating into endless math, that they really lead us nowhere.  In optical gravity spacetime curvature does not guide masses directly, but the energy lost from it gives rise to disordered gravitons now out of phase with spacetime.  Those gravitons then encounter other regions of spacetime curvature around masses and are reintegrated by those masses into new, coherently overlapping spacetime structures.  Curvature loss leads to curvature gain – all mediated by gravitons.

Optical gravity goes beyond gravity, though.  The graviton energy lost due to refraction within large bodies, like stars and planets, also gives rise to what I call the Hubble force.  Even though the Hubble constant is tiny, the energy released by gravitons exchanged within a dense body can be huge.  The large resulting Hubble forces could explain many geological and astrophysical processes, such as plate tectonics on Earth and the large luminosities of neutron stars and black holes.

For more on Edward’s theory of optical gravity and his recent paper, “Optical gravity in a graviton spacetime,” Edwards has published an essay online that can be found here.