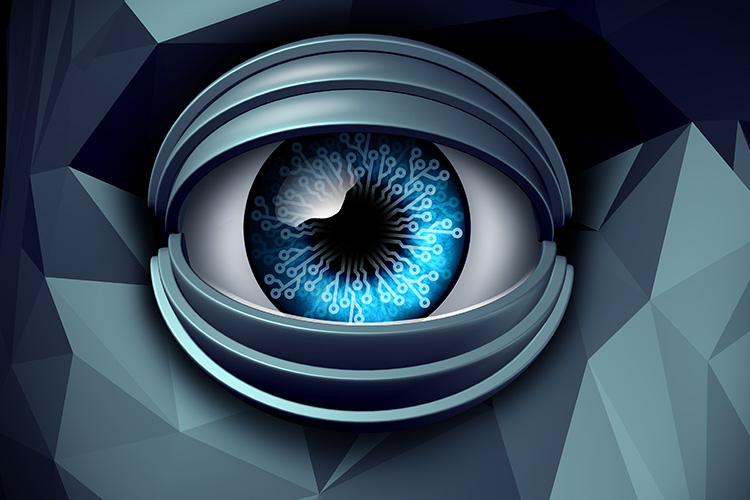 Harnessing the Power of Quantum Mechanics, Physicists Discover a New Method of Observing Objects Without Looking at Them

While exploring the connections between the quantum and classical worlds, physicists from Aalto University in Finland have discovered a new and highly-effective way to observe objects without directly looking at them.

Using a superconducting qubit called a transmon device, Dr. Shruti Dogra, John J. McCord, and Dr. Gheorghe Sorin Paraoanu say they were able to “see” microwave pulses generated by classical instruments without having to absorb or re-emit any light waves.

Researchers say the discovery of this innovative method for interaction-free measurement could significantly impact the development of new quantum technologies, including dramatically improving the efficiency of optical imaging, noise detection, and cryptographic key distribution.

“In quantum computing, our method could be applied for diagnosing microwave-photon states in certain memory elements,” said Dr. Paraoanu, study co-author and professor of applied physics at Aalto University. “This can be regarded as a highly efficient way of extracting information without disturbing the functioning of the quantum processor.”

The team’s research has been published in the journal Nature Communications.

To observe objects in the larger classical world we interact with daily, we must interact with them. In human vision, this interaction occurs when photons of light are absorbed by specialized photoreceptive cells in the retina and converted into neural impulses in the brain.

And while this relationship necessitates our ability to continuously perceive existence, this interaction between the observer and the observed creates a significant problem in studying the bizarre quantum world of atoms and subatomic particles.

According to the Copenhagen Interpretation of coherence in quantum mechanics, quantum waves simultaneously exist in all possible states until they are observed. This baffling paradox has been impressively demonstrated by numerous studies, most notably the “double-slit experiment.”

The absurdity of quantum coherence and how quantum systems behave has also been famously expressed by the “Schrödinger’s Cat” thought experiment. The scenario demonstrates that by taking the place of a quantum system, a cat concealed inside a box will simultaneously be dead and alive until it is observed.

Because observing a quantum system influences its eventual state, attempting to study or answer questions about the fundamental nature of quantum matter has been a vexing dilemma for physicists, known as the “measurement problem.”

In 2015, a team of scientists, including the 2022 Nobel laureate in physics Anton Zeilinger, first demonstrated that it was theoretically possible to “see” an object without looking at it using lasers and mirrors.

Expanding on this initial work, the physicists from Aalto University turned to microwaves and superconductors instead of lasers and mirrors.

Because they were using different experimental tools typically used for superconducting devices, researchers had to implement a significant change in the standard interaction-free protocol by adding another layer of “quantumness” using a high-energy transmon device.

“We [then] used the quantum coherence of the resulting three-level system as a resource,” said Dr. Paraoanu.

Researchers say they were pleasantly surprised to discover their innovative device was able to observe the presence of a photosensitive object without irreversible photon absorption or causing quantum coherence to collapse.

Running theoretical models to confirm the results and double-checking the entire process, physicists said they were not only able to “see” objects without looking at them, but the experiments showed a marked increase in detection efficiency.

“We demonstrated that even very low-power microwave pulses can be detected efficiently using our protocol,” said study co-author and professor of applied physics Dr. Shruti Dogra.

“We observed that for a large number of sequences, a detection probability approaching unity is obtained irrespective of the strength of the pulses, and, surprisingly, this probability is even higher when the pulses have random strength.”

The experiment also provided a new example of “quantum advantage,” or the ability of quantum devices to achieve results that are impossible for classical instruments.

It is generally believed that achieving quantum advantage will require quantum computers with many qubits. However, the results of this new experiment demonstrate that genuine quantum advantage can be achieved using a relatively simple setup.

The physicists now plan to explore other “exotic” forms of information processes using their new approach. These include examining the process involving two parties interacting without exchanging physical particles, known as counterfactual communication, and the mysterious method for gaining the results of a computation without actually running the computer, known as counterfactual quantum computing.