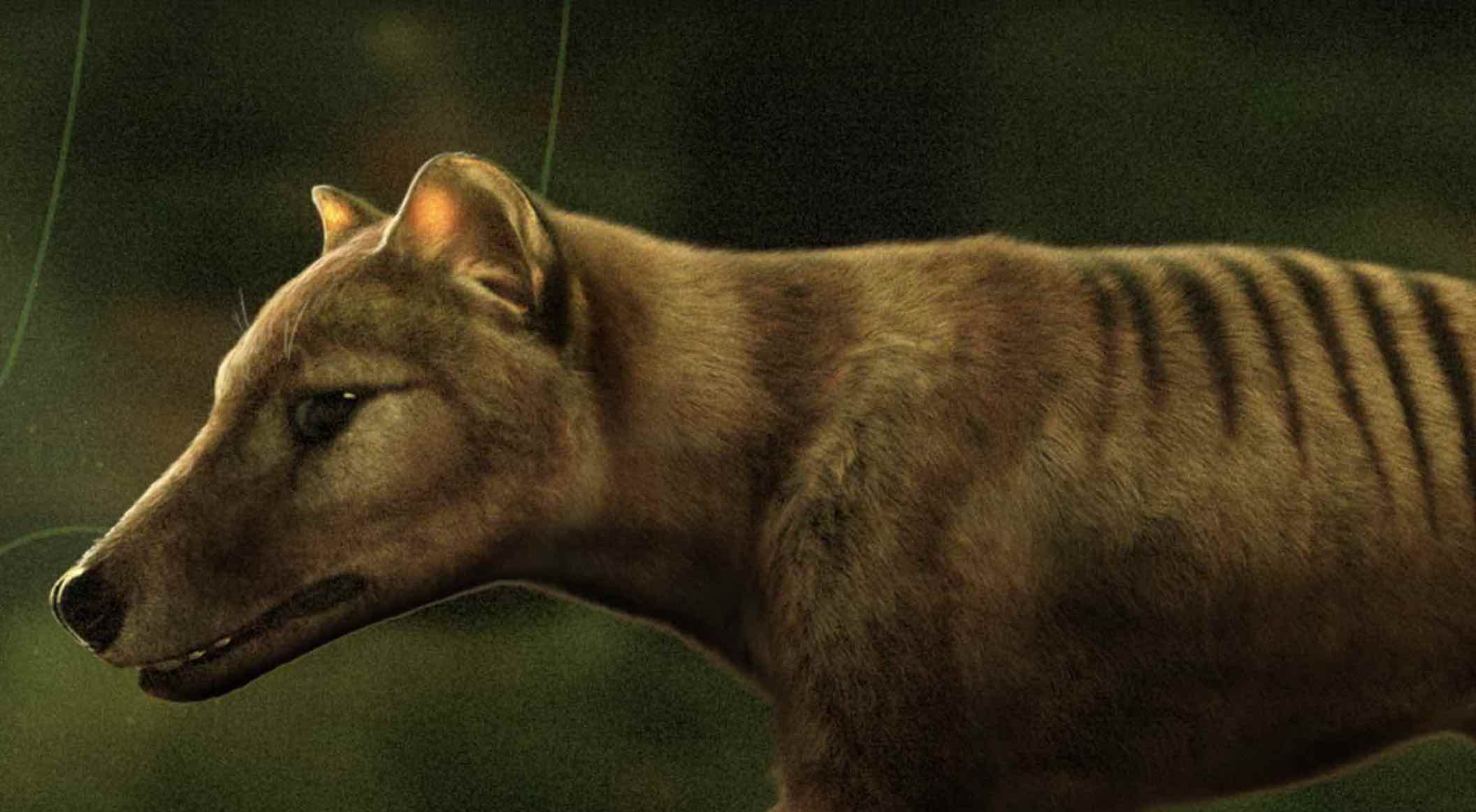 “Has anybody seen a Tasmanian tiger lately?”

This had been the question that appeared in an article in the February 10, 1937, edition of The Examiner, a newspaper in Launceston, Tasmania, where already rare sightings of these distinctive striped marsupials had now altogether ceased.

“Fears exist that this unique specimen of fauna may now be extinct,” the article continued, referencing the opinion of A.W. Burbury who told the paper that “there was no reliable evidence that the Tasmanian tiger was now in existence.”

Although better known by their name derived from their mountainous Australian state, these creatures—formally known as Thylacines, from the Greek meaning “dog-headed pouched one”—had indeed been seen just a few months earlier in September 1936.

That specimen, known informally by his caretakers as “Benjamin,” died in captivity as the likely victim of neglect after being exposed to extreme Tasmanian heat on the day of September 6, 1936, followed by temperatures below freezing that night. Unbeknownst to them at the time, visitors to the Hobart Zoo earlier that day would end up being among the last people that would ever see a living Thylacine.

Since Benjamin’s death more than three quarters of a century ago, the ghost of the Thylacine has seemingly remained ever-present. Although presumed extinct, stories of encounters that hint at the creature’s persistence into modern times have resulted in studies in recent years that have seriously looked at the possibility that a few Thylacines might indeed remain.

However, according to a statement by the National Museum of Australia, “there is no conclusive evidence of the continued existence of the thylacine and the animal has been officially extinct since 1986.”

That may soon change however, following one company’s announcement that it plans to use breakthroughs in genetic engineering to resurrect the Thylacine, and eventually rewild this lost species within its natural habitat.

Colossal Biosciences, a Texas-based breakthrough genetic engineering and de-extinction company, specializes in the use of genetic engineering and other technologies in the furtherance of conservation. Founded in 2021 by George Church and Ben Lamm, the company launched with the goal of resurrecting the wooly mammoth with the aid of modern advancements in fields like stem cell biology, embryology, computational biology, and a host of other innovative fields.

Now, the company has announced its plans to add the Thylacine as Colossal’s second official de-extinction project.

“Colossal is assembling an expert thylacine team and is near completion of its new dedicated thylacine laboratory,” read a statement issued by the company. The effort will be in collaboration with the University of Melbourne and its Thylacine Integrated Genetic Restoration Research Lab headed by Andrew Pask, Ph.D., who has also joined Colossal’s Scientific Advisory Board.

Speaking with Pask in advance of the announcement, he told The Debrief that the restoring the Thylacine—once an apex predator in its environment—to its former habitat could have numerous benefits.

“That role as an apex predator was incredibly important in the ecosystem in which it sits,” Pask said in an interview. “There are no other marsupial apex predators at all.”

“But when that animal was lost, it really affects that entire ecosystem. It really has massive effects on multiple other species,” Pask said. “And that’s why we feel so strongly about trying to return some of these real cornerstone species back.”

“If we have the technology to do so, we should really apply it to looking at some of these questions,” Pask said.

Colossal CEO Ben Lamm told The Debrief that the technologies applied toward bringing back a species like the Thylacine are similar to what Colossal has already been developing in its efforts to revive the wooly mammoth. However, even a species declared extinct as recently as the Tasmanian tiger presents unique challenges.

“It’s almost like an inverse challenge to the mammoth,” Lamm told The Debrief. “With the mammoth, we’ve got really highly fragmented DNA that we’ve got to spend a lot of time reassembling.”

“Then, the genetic divergence between mammoth and Asian elephants is much shorter,” Lamm added, “so the number of edits are much easier to get a cold adapted elephant, versus some of the work on the Thylacine.”

“The Thylacine is exactly inverse,” Lamm says. “We have a lot of DNA. We have some great reference genomes for the Thylacine,” which he says requires less genetic assembly work in preparation of revitalizing the species. However, Lamm adds that more gene editing will be required to revive the Thylacine.

In many ways, Lamm says adding the Thylacine to Colossal’s current restoration efforts will be beneficial to its existing work with the wooly mammoth. The suite of technological developments that the company’s studies of these two species may yield will likely be beneficial across the board, especially in terms of achieving future success with de-extinction efforts.

“So really, the projects complement each other in our skillset in working to build a de-extinction technology stack that can work across species,” Lamm told The Debrief.

But what would the effects be of reviving an animal like the Thylacine and reintroducing the species to its former habitat? Lamm and Pask point to recent similar efforts involving the rewilding of wolves in Yellowstone National Park as evidence of the kind of benefits that could stem from their ambitious project.

“Just the reintroduction of wolves also reshaped the rivers in Yellowstone,” Lamm told The Debrief. “The trickledown effect is just unbelievable.”

Pask says that succeeding in resurrecting the Thylacine could take less time than Colossal’s current efforts to revive the wooly mammoth.

“There are certainly some things that are very challenging with this particular species,” Pask told The Debrief. “But there are other parts that are going to be quite a bit easier than the mammoth project.”

“This could potentially be the first animal that we see de-extincted,” Pask said.

Ultimately, the company hopes that the technologies they will use can serve future generations in the preservation of a variety of species, although especially marsupials, which proliferate in Australia, but in a country recognized globally as having the fastest rate of loss of biodiversity.

Colossal co-founder Dr. George Church, a world-recognized leader in genomics, said the company is excited about the collaboration with Pask and his team.

“Andrew and his lab have made tremendous advances in marsupial research, gestation, thylacine imaging, and tissue sampling,” Church said in a statement. “Colossal is excited to provide the necessary genetic editing technology and computational biology to bring this project, and the thylacine, to life.