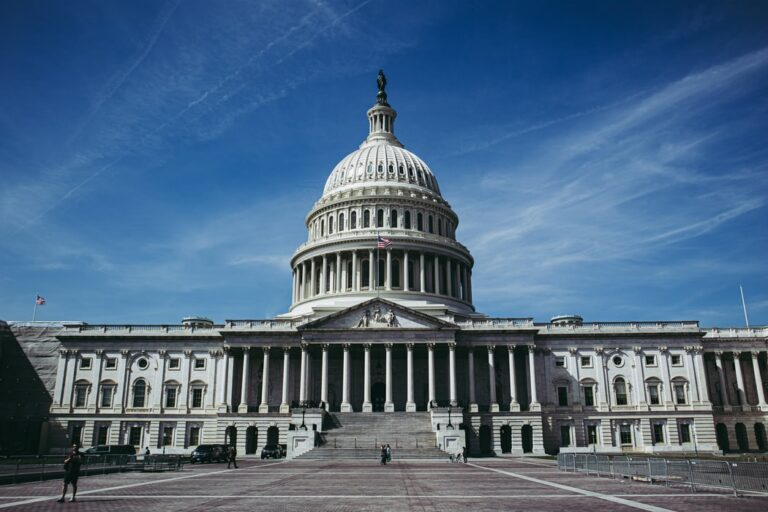 
A Congressional hearing could soon follow; it would be a political event decades in the making.

On Wednesday, members of the House Intelligence Committee received a classified briefing with U.S. Navy and FBI officials on unidentified aerial phenomena (UAP), which some of the lawmakers have said may represent a threat to national security.

The briefing came in advance of the release of a highly anticipated report, which looked at more than 100 instances of what have been classed as unidentified aerial objects observed by the military.

Foreknowledge of Wednesday’s briefing was first learned of by CNN, who noted that UFOs have recently become an issue that government officials have struggled to remove “from the world of science fiction and consider its actual national security implications.”

The briefing with members of the House Intelligence was conducted within a sensitive compartmented information facility (SCIF), according to Fox News.

Following the briefing, Rep. Sean Patrick Maloney (D-NY) said he and his colleagues “take the issue of unexplained aerial phenomena seriously to the extent that we’re dealing with the safety and security of US military personnel or the national security interests of the United States.”

“So we want to know what we’re dealing with,” Maloney added.

Committee chairman Rep. Adam Schiff (D-Calif.) would not provide any details on the nature of the classified information, other than to say it “was an interesting briefing,” though seemed to imply that he had been unprepared for some of the details that emerged.

“I did learn things that were certainly new to me,” Schiff added, “but I think I’m going to leave it at that.”

With the passing of the FY 2021 Intelligence Authorization Act, the Navy’s Unidentified Aerial Phenomena Task Force (UAPTF) was officially given a 180-day period to complete its analysis of UAP reports collected by military and intelligence agencies. Previous reporting by Politico suggested that at least some agencies had seemed hesitant to share potentially sensitive intelligence they had gathered, casting doubts on whether the report would indeed arrive in time for the June 25 deadline.

However, following reporting earlier this month by the New York Times which detailed a limited amount of information about the report’s findings, it seemed likely that the report would, in fact, be delivered on time.

Significantly, following Wednesday’s briefing Committee Chair Rep. Andre Carson (R-IN.) said the American public may be able to look forward to Congressional hearings on UAP in the months ahead.

“We’re looking forward to having a public hearing at some point,” Carson told Fox News. “I mean, there’s some national security concerns that we want to take into consideration.”

“In light of these new sightings and incidents, it would be a very wholesome thing for a committee of the Congress to conduct a number of hearings and to call responsible witnesses from the executive branch (of the government) and witnesses who say they have sighted these objects,” Ford said.

“I think the American people would feel better if there was a full-blown investigation of these incidents, which some persons allege have taken place,” Ford added.

Although the congressional hearings Ford had hoped for never happened, in recent years renewed efforts at bringing the issue to the attention of lawmakers included the Citizen Hearing on UFO Disclosure, an event held in Washington D.C. from April 29 to May 3, 2013. During the event, as many as forty researchers accompanied by former military officials and other government officials “came to the National Press Club in Washington, DC to testify to six former members of the United States Congress.”

Whether or not Congressional hearings result from Wednesday’s briefing or, for that matter, the delivery of the UAP Task Force’s report in the days ahead, the current climate in Washington nonetheless marks the first time since the 1960s that significant attention has been put toward the UFO subject by lawmakers.

A public version of the report detailing the current findings of the UAP Task Force is expected to appear later this month, although portions of the complete document will remain classified. Nonetheless, many hope that in addition to disclosing information the military has collected on these objects, the new information the report may contain could also help to bolster scientific interest, and increase participation from the academic community toward resolving the UAP issue.

“We do not know what UAP are, as they are ‘unidentified’ by definition,” says Jacob Haqq-Misra, Senior Research Investigator with the Blue Marble Space Institute of Science.

“They do seem to be ‘objects’ from the reports that have made public,” Haqq-Misra told The Debrief recently, “and some UAP seem to show evidence of breaking the sound barrier without a sonic boom. This seems to be evidence of something like technology, but without more data we cannot know anything more about their behavior or origins.”

Although the report’s findings are not expected to resolve all of the many lingering questions about unidentified objects our military has encountered, it is expected that it will not rule out possible sources ranging from advanced aerospace developments by adversaries like China or Russia, to the possibility that some of the phenomena could have more exotic origins that might include extraterrestrial technologies.

“Certainly the extraterrestrial hypothesis is a popular one, but there are also other possibilities,” Haqq Misra says.

“I prefer to remain agnostic as to any particular hypothesis,” he adds, “and hope that we will have more salient data released to the public soon.”