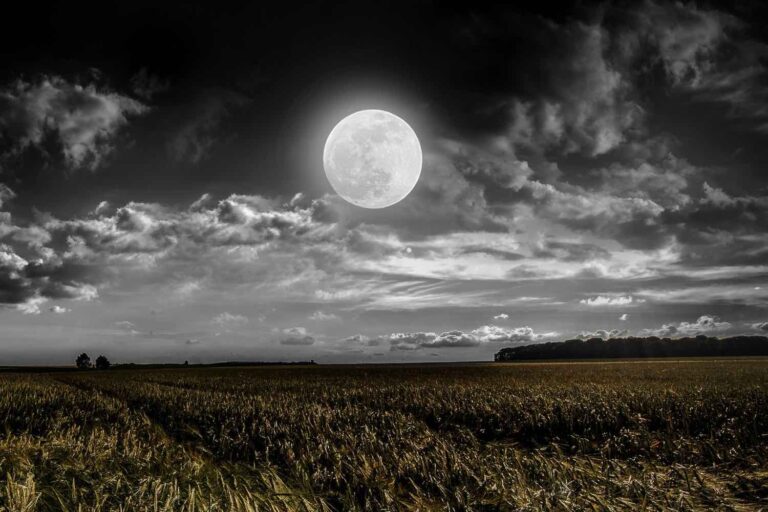 The Fate of the Moon: Could Earth’s Satellite Ever Escape Its Orbit?

One of the most enduring mysteries about our planet actually has nothing to do with anything occurring here on Earthly soil. Instead, it involves our lonely natural satellite, the Moon.

Humans have long been fascinated with questions about the origins of the moon, and how it came to exist. However, another question that has occasionally surfaced over the years has to do with the eventual fate of our orbiting neighbor: will the moon forever remain in its currently stable position in orbit around the Earth? If not, where might it be go and what could that potentially mean for life on Earth?

In 1977, researchers V. Szebehely and R. McKenzie with the University of Texas at Austin examined this question, using mathematical models to tackle the question of the stability of the orbital relationships between the Moon, the Earth, and the Sun. According to their research, the models they used “show that the eccentricity of the Earth’s orbit renders the system unstable by opening the surface of zero velocity. It may be concluded, therefore, that the Moon may escape from the Earth and may become a planet or, in reverse, that the planetary origin and the capture of the Moon by the Earth becomes a strong dynamic possibility.”

The idea that the Moon might have been an independent body that was captured at some point in the distant past by Earth’s gravitational field is somewhat less remarkable than the other proposition Szebehely and McKenzie offered: that the Moon might actually leave its orbit around Earth one day. Could this really be possible?

It may come as a surprise for some that astronomers are already aware of a growing distance between the Moon and Earth. “The Moon continues to spin away from the Earth, at the rate of 3.78cm (1.48in) per year, at about the same speed at which our fingernails grow,” the BBC reported in 2011. Based on this, one might expect that the Moon will continue to move further and further away from our planet, but could it ever get far enough to escape Earth’s gravity altogether? If this actually did happen some point in the future, where might the Moon go from there? Would it simply enter an orbit around the Sun and become its own isolated planetoid, or would the Sun’s gravity cause it to be engulfed by the star at the heart of our solar system?

Jeff Magnum, an astronomer with the National Radio Astronomy Observatory (NRAO), says that the Moon’s increased distance from Earth will eventually level out to a point where our natural satellite’s orbit will be unable to continue expanding.

That would appear to settle the question, although Magnum adds that since the Sun, like other stars, will eventually enter its Red Giant phase sometime in the next six or seven billion years, eventually it will begin to expand outward, with the innermost planets of our solar system—as well as Earth and its Moon—becoming engulfed as it grows.

Magnum adds, “I suspect that if the Moon broke away from the Earth it would end-up drawn into the Sun.” So essentially, the Moon will be destroyed by the Sun whether or not it ever leaves its orbit around Earth.

Long before its eventual consumption by our ever-growing Sun, the Moon is expected to reach a point astronomers recognize as its final state, where its orbit will slow to a point that exactly matches the speed at which our planet spins.

So in essence, the Moon’s ultimate fate will likely be identical to that of Earth: we can expect them both to be devoured by our Sun sometime in the next six or seven billion years. This is especially true on account of the fact that the Moon isn’t very likely going to be escaping its orbit around our planet any time soon and would become tidally locked with our planet before it could drift any further away, thanks to the time-tested principle of conservation of motion.

In other words, it looks like we’re in this one together with our lonely satellite for the long haul, folks.