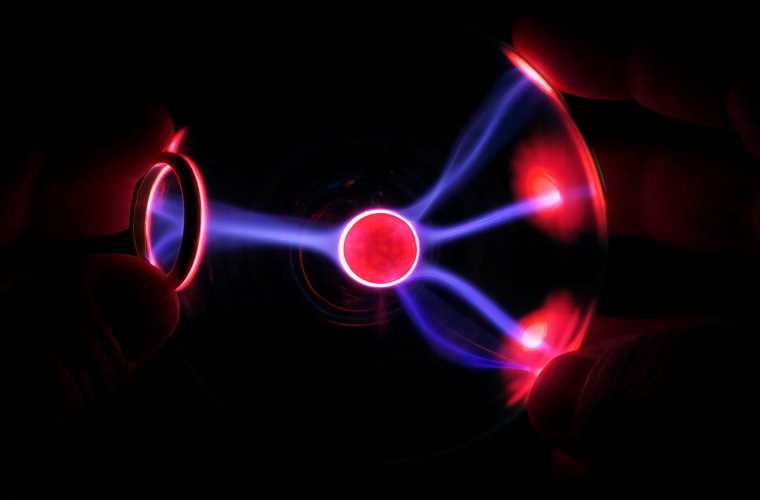 Plasma thrusters that are used almost exclusively in orbit could soon become much more powerful by using krypton gas instead of xenon, according to new research.

Such an increase in power for the ultra-efficient thrusters could not only improve performance in orbit but lead to a whole new era of interplanetary exploration previously thought impossible for the novel form of propulsion.

It is considered common knowledge among engineers that plasma thrusters (which are sometimes called Hall thrusters, ion thrusters, or even magnetoplasmadynamic thrusters) that use electric power to generate a stream of plasma for propulsion will need to become bigger and bigger to increase their power output. As a result of this limitation, they are used almost exclusively to maneuver satellites in orbit. Still, their extreme efficiency and power-to-weight ratios have continued to tantalize those who plan missions to other planets.

Now, a team of researchers from the University of Michigan has successfully shown that size doesn’t necessarily matter, at least as far as thrust is concerned. If proven correct, their new thruster design could fuel missions outside of our local orbit, opening up a whole new era of deep space exploration.

“People had previously thought that you could only push a certain amount of current through a thruster area,” said Benjamin Jorns, U-M associate professor of aerospace engineering who led the new Hall thruster study to be presented at the AIAA SciTech Forum, “which in turn translates directly into how much force or thrust you can generate per unit area.”

However, Jorns and his team have turned that belief on its head by successfully cranking a traditional 9-kilowatt Hall thruster up to 45 kilowatts while simultaneously maintaining roughly 80% of its nominal efficiency. According to the press release announcing their achievement, “this increased the amount of force generated per unit area by almost a factor of 10.”

The key, said Jorns, is breaking through what he calls the “buzzsaw,” an inherent limit within the design of a plasma thruster that seemed to limit the amount of propellant one could push through the drive’s channel without jamming up the flow of ions that gives these systems their thrust.

“It’s like trying to bite off more than you can chew,” Jorns explained. “The buzz saw can’t work its way through that much material.”

To break through the buzzsaw, Jorns and his team knew they would have to tackle the heat issue. That’s because as output is increased, so is heat, which can contribute to the flow of ions breaking down and the thruster losing its oomph. As it turned out, the key to mitigating this problem was good old-fashioned water.

Still, the inherent limitations of xenon gas, which is the primary fuel used in plasma thrusters, seemed to limit the amount of thrust Jorns and his team could generate with a traditional thruster. So, they decided to see if another, lighter gas, krypton, could improve the power output.

Shockingly, the krypton gas worked. As a result, the team “maxed out” the power supply of their traditional H9 Hall thruster at 45 kilowatts. This was accompanied by an overall efficiency of 51%, resulting in a maximum thrust of about 1.8 Newtons. According to the release, such a thrust amount from this smaller thruster is “on par with the much larger 100-kilowatt-class X3 Hall thruster.”

“This is kind of a crazy result because typically, krypton performs a lot worse than xenon on Hall thrusters,” said Leanne Su, a doctoral student in aerospace engineering who will present the study. “So it’s very cool and an interesting path forward to see that we can actually improve krypton’s performance relative to xenon by increasing the thruster current density.”

“We named our thruster the H9 MUSCLE because essentially, we took the H9 thruster and made a muscle car out of it by turning it up to 11—really up to a hundred if we’re going by accurate scaling,” added Su.

Jorns said the cooling problem they overcame in the lab may not be applicable for use in space, and a “space-worthy” solution would be needed to run these thrusters this hot on deep space missions.

Unfortunately, his lab is unable to keep up with the amount of propellant exhaust ejected by his array, so they are hoping to book time in one of the handful of facilities on Earth that can simulate a space-like environment, allowing them to test their increased output model on Mars-mission-level thrusters.

If they get the chance to take the next steps and prove their concept, Jorns believes that an array of smaller thrusters that were properly cooled could operate at 100 to 200 kilowatts. This level of power output is the equivalent thrust of a larger, single-megawatt thruster.

“This could enable crewed missions to reach Mars even on the far side of the sun, traveling a distance of 250 million miles,” the press release explains.

Will plasma thrusters take humans to Mars and beyond in the years to come? Click here to learn about another recent breakthrough in the field of plasma propulsion.