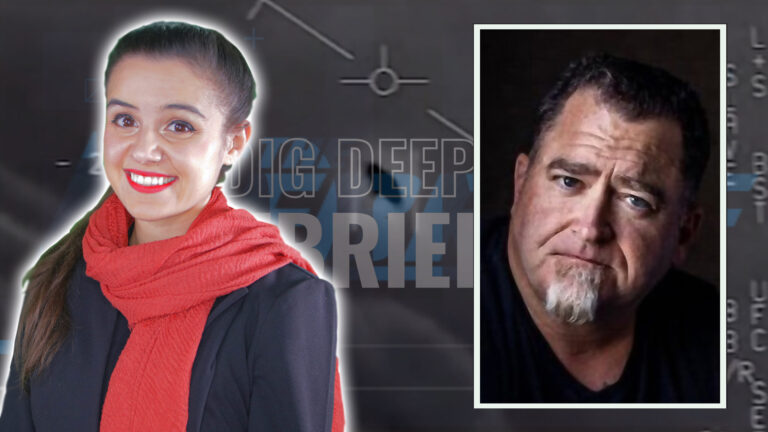 Lue Elizondo: What The Government Knows About UFOs


Ep. 2: Debriefed with Cristina Gomez - Cristina interviews Lue Elizondo, asking the probing questions that are currently on the minds of researchers, journalists, and surprisingly, also members of Congress.

This week on Debriefed, Dig Deeper, with Cristina Gomez, Cristina Gomez is joined in this episode by former Senior Counterintelligence Officer for the Department of Defense ( DoD ), and ex-Director of the Advanced Aerospace Threat Identification Program ( AATIP ), Mr. Lue Elizondo.

Being primarily focused on secretive investigations of Unidentified Aerial Phenomena ( UAPs ) more commonly known as Unidentified Flying Objects ( UFOs ) the classified program first garnered the attention of the public on December 16, 2017, when the world was stunned by an article published by the NY Times publication entitled “Glowing Auras and ‘Black Money’: The Pentagon’s Mysterious U.F.O. Program.”

The program was initiated in 2007, with an approved budget of $22 million to be used until 2012 when the program would either cease, or request further budget appropriations.
The Department of Defense ( DoD ) reported that the program indeed ended in 2012 after a working period of 5 years.There has since been wide speculation that the program did in fact continue under another name, along with other alleged investigative groups.

Lue Elizondo has an extensive background serving in a variety of capacities for the Pentagon / Department of Defense ( DoD ) being specially trained for strategic and tactical special operations which led to many sensitive and critical missions in the warzones of the Middle East, and counter narco-operations in South America.

Elizondo was also a key official in ensuring to keep America safe, strengthening the National Security of the United States by serving in the capacity of intelligence-gathering in Guantanamo Bay, against many of America’s most murderous, and notorious adversaries.

Since leaving the AATIP program,  Elizondo has made it a personal crusade to get over many obstacles and hurdles in order to pursue continued research and investigations into the mystery of the UFOs that have buzzed US Navy Carrier Strike groups around the world, flown with impunity into restricted air space, interacted with sensitive National Defense assets, and traversed trans-medium environments such as Space, the Oceans, and the Skies around the globe.

Knowledge, Belief, and the Cosmos: The Proper Way of Swiping Left or Right

In this episode of “Debriefed: Dig Deeper”, Cristina Gomez interviews Lue Elizondo asking many probing questions that are currently on the minds of UFO researchers, journalists, and interested members of Congress alike, especially as the countdown continues to the ‘180-Day’ Pentagon UFO Report.