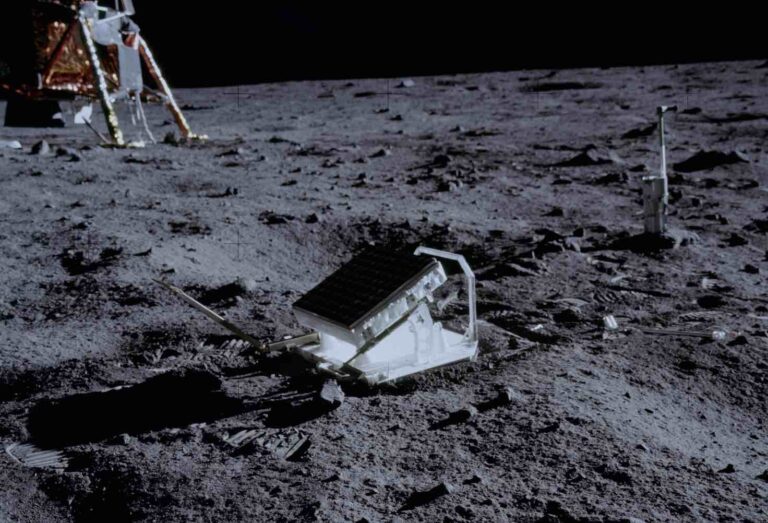 Lunar Ranging: Detecting the Memory Effect from a Black Hole Merger at the Galactic Center

In 2020, the Physics Nobel Prize was awarded to Andrea Ghez and Reinhard Genzel for confirming the existence of a massive black hole, Sagittarius A* (abbreviated Sgr A*), at the center of the Milky Way Galaxy. The motion of stars at a few percent of the speed of light at a distance of Pluto from the Sun implies that Sgr A* weighs four million Suns. During the infancy of the Milky Way, the black hole grew in mass mostly by devouring gas and stars, but also through mergers of smaller black holes as the belly of the Milky Way digested other galaxies. Did any of these growing pains affect our immediate cosmic neighborhood near Earth?

A simple calculation shows that during the most vigorous episodes of gas accretion, the flux of X-rays from Sgr A* would have reached the X-ray illumination level that Earth receives from the Sun. But over the past two centuries SgrA * had been relatively dormant, shining in X-rays at less than a millionth of its maximum attainable luminosity. Given its weakness in emitting light, would we notice if two invisible black holes merged at the Galactic center?

In a new paper, I showed that a merger of massive black holes in the Galactic center permanently displaces the Moon by a fraction of a millimeter away from Earth. The merger radiates a huge amount of energy, equivalent to a tenth of the millions of solar masses in the merging black holes, in a pulse of gravitational waves that lasts less than a few seconds. This pulse takes more than a second to traverse the Earth-Moon separation. As a result, the Moon witnesses the peak of the pulse at a different time than Earth.

The memory effect of gravitational radiation is subtle, as it moves the Moon away from Earth by merely a fraction of a millimeter. Albeit small, this permanent displacement is detectable by the Lunar Ranging laser system, which monitors the Earth-Moon separation by measuring steadily the roundtrip travel time of light to the Moon. Half a century ago, the retro-reflectors that return the laser light were first installed on the lunar surface during the Apollo program (11, 14, and 15) and Lunokhod 1 and 2 missions.

In the past, Lunar Ranging was used to validate the theory of gravity formulated by Albert Einstein in 1915 to exquisite precision, after removing the variations in the Earth-Moon distance due to periodic gravitational tides. My new paper shows that the same Lunar Ranging system can be used to detect gravitational radiation from the merger of massive black holes at the Galactic center. In 2017, the Physics Nobel Prize was awarded to Rai Weiss, Barry Barish, and Kip Thorne, who led the LIGO discovery of gravitational waves from mergers of lower-mass black holes that form out of the collapse of massive stars.

A pair of black holes with half the mass of Sgr A* would merge within a decade if separated by Jupiter’s distance from the Sun. The nearest stars to Sgr A* are much farther away and cannot be used to rule out the existence of such a tight black-hole binary.

Devices of Unknown Origin Part II: Interlopers Over the Atlantic

Remarkably, the gravitational-wave pulse from massive black holes at the Milky Way center is so intense – that it can displace the Moon to a detectable level within the split of a second. The speed by which the Moon is moved away from Earth is comparable to the walking speed of an ant, but the Moon is 10 to the power of 26 times more massive than an ant, and displacing it should not be taken lightly. Indeed, it requires a major force of nature, the inevitable force majeure: gravity. Without it, we would never exist and the universe would have been very boring.