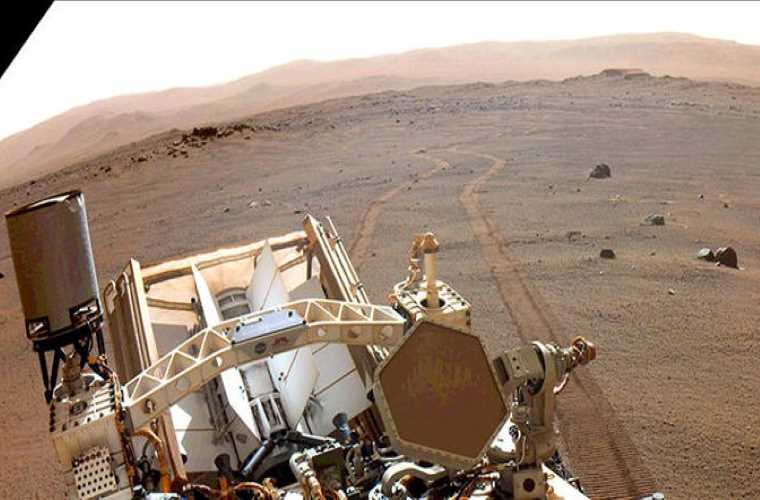 NASA’s Perseverance Rover is driving at a record-setting pace toward a river delta potentially teeming with signs of ancient life. The three-mile journey, which began on March 14, was deemed important enough that engineers have minimized other science activities so the rover could focus solely on driving.

Since landing on the Martian surface in February of 2021, Perseverance’s primary objective has remained searching for signs of past microbiological life. This mission includes collecting and caching rock, and soil samples that the rover team believes are the best targets for housing such ancient life signs.

A future mission dubbed Mars Sample Return, which is currently in the planning stages hopes to retrieve those cached samples and return them to Earth by the end of the decade. Thus far, Perseverance has only collected a handful of samples. Still, the ancient river delta is among the most promising targets identified by researchers, so the sooner they can get there, the sooner they can start hunting for the best targets to collect and cache.

ROVER TARGET ONE OF THE BEST LOCATIONS FOR PAST MICROSCOPIC LIFE

“The delta is so important that we’ve actually decided to minimize science activities and focus on driving to get there more quickly,” said Ken Farley of Caltech, a Perseverance’s project scientist, in a press release. “We’ll be taking lots of images of the delta during that drive. The closer we get, the more impressive those images will be.”

Using its AI-controlled AutoNav system, which has already helped the rover establish numerous Martian distance records, Perseverance is literally going where no rover has gone before.

“This delta is one of the best locations on Mars for the rover to look for signs of past microscopic life,” the release explains. That’s because previous analysis revealed that the delta once supported an ancient Martian lake. Still, the route is a dangerous one, but something mission planners believe their rover can handle.

“When we first looked at Jezero Crater as a landing site, we were concerned about the dense fields of rocks we saw scattered across the crater floor,” said veteran rover planner and flight software developer Mark Maimone of NASA’s Jet Propulsion Laboratory. “Now we’re able to skirt or even straddle rocks that we couldn’t have approached before.”

“Self-driving processes that took minutes on a rover like Opportunity happen in less than a second on Perseverance,” added Maimone. “Because autonomous driving is now faster, we can cover more ground than if humans programmed every drive.”

The Army’s Next Generation Prototype Tanks Have Arrived


Soldiers with the 82nd Airborne at Fort Bragg will soon begin testing prototypes for the Army’s light tanks of the future.

SELF DRIVING SOFTWARE IS EVOLVING TO HANDLE THE JOB

No definitive timeline is given for an arrival at the river delta. However, the rover team is hoping to finish their drive in a record-setting time thanks to the advanced smarts of the AutoNav system.

“On past rovers, autonomy meant slowing down because data had to be processed on a single computer,” said Maimone. “This extra computer is insanely fast compared to what we had in the past, and having it dedicated for driving means you don’t have to share computing resources with over 100 other tasks.”